Gary Neville: "Harry Kane and Tottenham were on collision course already at the end of last season and he's taken Daniel Levy on. If a compromise can't be reached then it could get a little bit messy for a few weeks."

Gary Neville believes "something significantly wrong" must have happened behind the scenes for Harry Kane to go on strike at Tottenham, with the player now on collision course with chairman Daniel Levy.

Kane was due to report to the club's Enfield training base on Monday morning for Covid and other pre-season tests following his three-week break after the European Championship.

However, the 28-year-old refused to attend, firmly drawing battle lines in his attempts to force a move to Manchester City, and was again a no-show on Tuesday. It is understood that he intends to return to the club later in the week, but his reputation has been damaged.

With Tottenham maintaining throughout the whole saga that they have no intentions of selling a player who has three years left on his contract, Sky Sports pundit Neville provides his take on the extraordinary developments.

'Kane has taken Levy on' 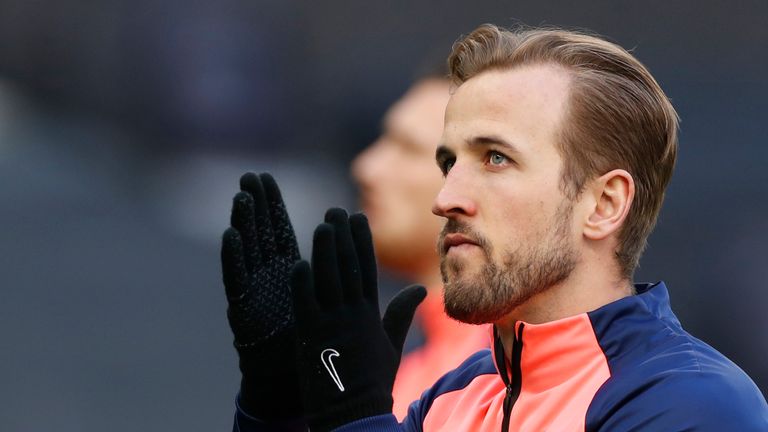 Gary Neville says Harry Kane is wrong to miss Tottenham training but understands why the striker wants to leave the club, with Manchester City interested in the England captain.

If Harry Kane was meant to report to pre-season training with Tottenham on Monday, then he should've come back. You can never advocate any player not turning up for training - it's as simple as that.

You've got to turn up and you've got to do your job. However, I've worked with Harry and I can't think of a more professional footballer that I've ever seen.

He does everything right, so he must be seriously annoyed. Something has happened badly that has made him do that.

It still doesn't excuse it for me. He should still have come into training, and you respect your team-mates. You still have to go and stand with them and sit in the dressing-room, but it's clear now that there's a collision course.

Kane wants to win trophies and challenge for league titles. Are Tottenham going to do that? Probably not in the next two or three years.

They were on collision course already at the end of last season when Harry clearly felt something was happening and he's taken Daniel Levy on. Not many do it, and not many come out the other side, but it'll be interesting to see which clubs are involved.

It looks like Manchester City, and they've clearly made a bid that's not enough for Spurs. Harry thinks it is enough while Daniel doesn't think it is. Hopefully they can come to a compromise but whether they do remains to be seen.

What if a deal can't be struck? 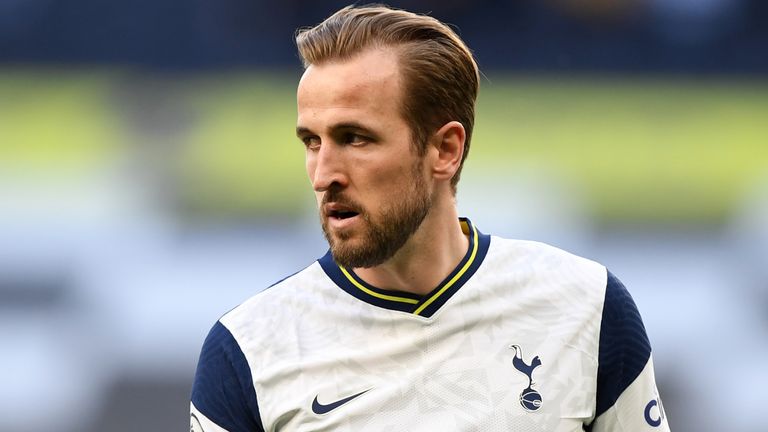 Harry Kane has failed to show up at Tottenham's training ground for the second day in a row, but is expected to return this weekend amid continued uncertainty over the striker's future at Spurs

If a compromise can't be reached then it could get a little bit messy for a few weeks as Harry clearly wants to leave. There's no doubt about that - it's now there for everyone to see.

It was there for all to see a few months ago, and I can see why. He wants to go on and win trophies and he wants to go and challenge for league titles.

Are Tottenham going to do that? Probably not in the next two or three years - they haven't done for the past 20-30 years barring one or two challenges.

He had to turn up at training, but there must be a massive reason behind the scenes. It all depends on what's been agreed but I can only imagine Harry feels that agreement has been backed out of from Tottenham's side.

He wouldn't do this unless there was something significantly wrong behind the scenes. It's a big call to have to make. For the England captain to not turn up at his club, it doesn't get any bigger.

They're professional players who look up to him. He's a massive icon at that club and in this country, so I feel he'll have to get back into the group very quickly.

Will Kane turn up at training anytime soon?

"It's been another eventful day in this extraordinary story. We were counting in the cars and the players as they arrived for a training session. When we saw there was no Harry Kane, we thought he was on strike for a second day.

"We had confirmation around 11am that he wasn't going to turn up at training for a second day in a row. But we were told then that this is a protest that won't last too long.

"He wants to make clear that he feels frustrated that he was given a verbal agreement that he could be sold and would be sold if the right offer came in. The club aren't commenting on his belief that that is the case. To show his frustration towards a word being gone back on, he is going to strike again for the rest of this week.

"Tottenham play Chelsea on Wednesday night, then we can expect him to strike again on Thursday and Friday but then turn up for training as normal this weekend. There will be fines meted out on that basis."

How will Spurs react to the striker?

"That will depend on your position from within the club. Certainly if you're chairman Daniel Levy, there will be frustration and anger I'm sure.

"For Nuno Espirito Santo and his players, there will be relief at the news that he will return at the weekend. He may not be the captain but he's the talisman and he's certainly their best player, the academy-boy-made-good and the England captain.

"It's not a great look to young players looking to one day be Harry Kane and it doesn't send a good message to them but we know how strongly he feels about the situation. There will be relief at him coming back but will seven days then be enough to get him ready for the Super Sunday clash on the opening weekend, ironically against Manchester City?

"It's a tough ask when he's been away for four weeks. Will he want to play anyway given the scenario and would he mentally be in the right state to play?"

Was Kane right to go on strike?

"I still feel something must've happened behind the scenes for Harry Kane to be doing what he is doing. Why would he risk the wrath of the supporters that love him and who adore him unless something has happened?

"A lot of people are rubbishing the fact that gentlemen agreements don't exist, but let's just say for example there was an agreement between Daniel Levy and Kane. Say it was along the lines of Levy saying, 'give us one more year and if someone offers £100m next summer we'll allow you to leave.'

"If that was the case, then Kane will view that as him going back on his word. Going on strike seems to be the last resort - when someone withdraws his services from training. Something must've happened in the background for Kane to go on strike."

Do Spurs still hold the cards in saga?

"I think Tottenham are keeping a dignified silence throughout all of this. We can sit and talk about his holiday in the Bahamas and the gentleman's agreement but the bottom line is that none of that matters. All that matters is that he's got three years left on his contract and the valuation that Spurs have put on him is about £150m.

"If someone wants to sign Kane, they have to pick up the phone, get through to Daniel Levy and offer £150m. If they do that, then I'm sure Mr Levy will have a conversation. Maybe a deal could be worked out, but if they don't then they're wasting their time.

"My personal point of view is I don't think any player in the world is worth £150m but players have been signed in the past for £200m. Kane is probably the best striker in the world, his goalscoring record is incredible especially at a club like Spurs.

Peterborough owner and chairman Darragh MacAnthony criticises Harry Kane's decision to sign a six-year contract at Tottenham in June 2018 as he attempts to force a move to Manchester City this summer.

Peterborough owner and chairman Darragh MacAnthony has criticised Kane's decision to sign a six-year contract at Tottenham in June 2018 as he attempts to force a move to Manchester City.

Speaking exclusively on Sky Sports News' The Transfer Show, on the reported 'gentlemen's agreement' the player had with Spurs' owner Daniel Levy, MacAnthony said: "Like everything in life, if you haven't got anything in writing there's no guarantee.

"Harry Kane is taking on Daniel Levy but obviously he's got advice on doing that and probably feels like it's the right thing to do.

"I don't like seeing any player take that course of action, never mind the England captain.

"He's a world-class player but the question I would ask is what was he doing signing a six-year contract in the first place? Who on earth signs a contract that takes you up to the age of 30, 31?

"You're not going to get a juicy contract after that - it should have been a four-year deal and then Spurs would have been in a position to have to do business."