Burnley were due to host Tottenham at Turf Moor at 2pm; however, Premier League fixture postponed due to heavy snow falling on the pitch; no information given yet as to when game will be played; Sean Dyche: "I can't see how it could go ahead with the way the pitch is"

Sunday's Premier League game between Burnley and Tottenham at Turf Moor has been called off due to heavy snow.

The announcement was made shortly after both sides had named their teams for the match, which was due to kick-off at 2pm.

Attempts to clear the pitch were in vain as the undersoil heating struggled to cope and snow fell as quickly as it could be removed.

Spurs had been late to arrive at Turf Moor, arriving a little over an hour before kick-off, and officials had waited until both managers were present before making a final decision.

See you another day Burnley pic.twitter.com/dXBa4u5lKl

Turf Moor's undersoil heating had been on overnight but was unable to cope with the conditions.

Burnley tweeted that the game had been called off "due to concerns with the playing surface and surrounding areas".

No details have yet been given regarding the rescheduling of the game. 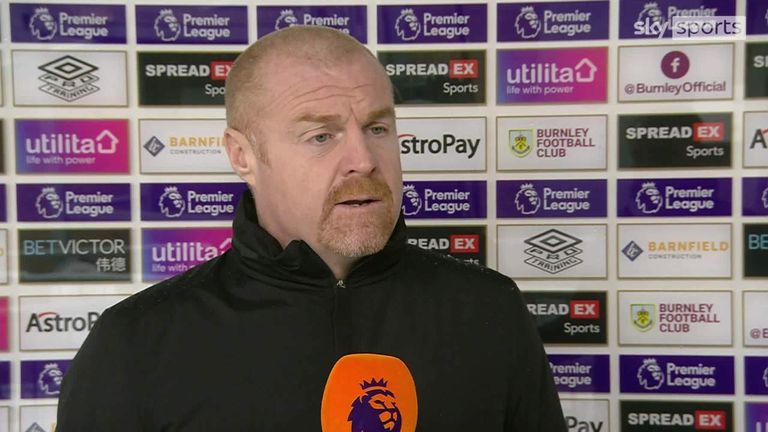 Sean Dyche said the decision to postpone Burnley's game against Tottenham was the right one, adding he did not see "how it could go ahead with the way the pitch is".

The Burnley boss said he was "disappointed", adding: "We were ready for the game and I'm sure they were as well.

"A lot of people have worked very hard here over the last couple of hours but the pitch just continues to recover every time they clear it. Our goalkeepers have just gone out to warm up and the ball's collecting snow.

"The referee explained the safety angle as well, so I think they've just made as early a decision as possible.

"The ref said we'd have to keep stopping to clear the lines. And of course, there is the safety angle, so I think it's a joint decision from everyone concerned. 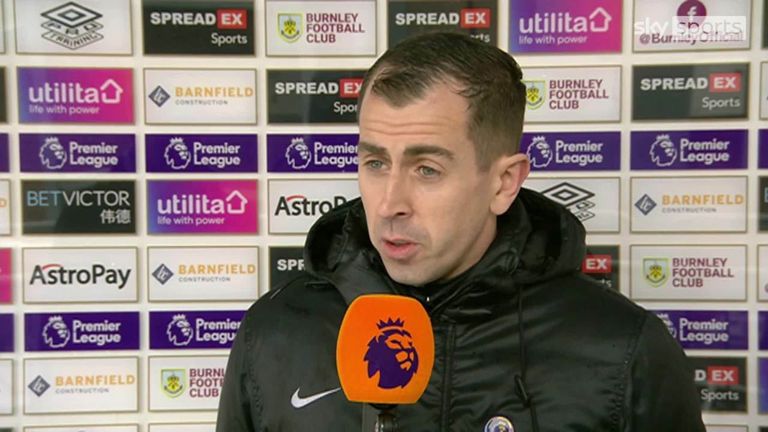 "I made it clear - if it could be played, we wanted it played, as did their manager [Antonio Conte]. A joint decision was made eventually and I can't see how it could go ahead with the way the pitch is."

Peter Bankes, who was due to referee the game at Turf Moor, praised the efforts of the ground staff to get the game on but admitted safety concerns had to take precedence.

Speaking to Sky Sports News, he said: "They've worked as hard as they possibly could but within 10 minutes of clearing it, the snow was back on the field.

"Safety is obviously the primary focus for us and both managers were in agreement the spectacle wouldn't be very good, and I think the best decision was to call the whole thing off."

Tottenham head coach Antonio Conte said: "It's bitterly disappointing but I think the team made the right decision.

"You can see, 10 minutes ago they tried to cut off the snow, and now it's worse than before.

"We want to play football and have great fun, but I think in this situation it is impossible." 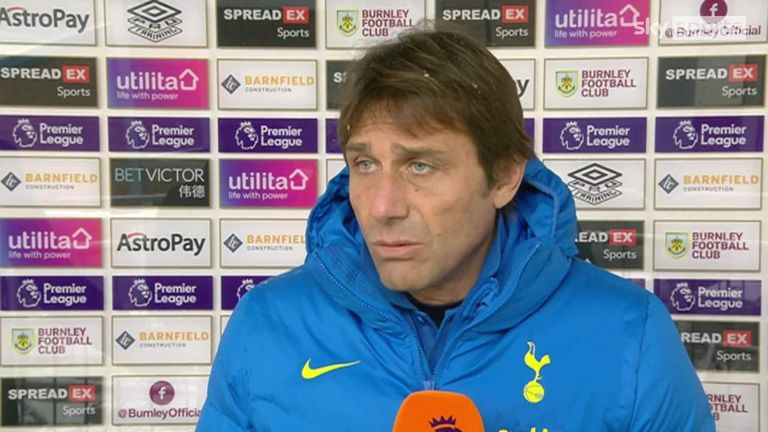 Tottenham manager Antonio Conte claimed that despite being disappointed by the decision, the postponement of their match at Burnley was correct for the safety of players and fans

Harry Kane has invited two United States-based Tottenham fans to be his guest at a game after they made a 31-hour journey to Burnley only for the fixture to be called off.

Just been sent this tweet and absolutely gutted for you! For your commitment and to make up for the match being called off I’d like to invite you to a home game as my guest when you’re next in London 👍 https://t.co/wB3c8c40HN

Ken and Brandi Saxton had detailed their journey from Dallas on social media and Kane quickly responded when he became aware of their exploits on Sunday evening.

The England captain wrote: "Just been sent this tweet and absolutely gutted for you! For your commitment and to make up for the match being called off I'd like to invite you to a home game as my guest when you're next in London."

Kane's offer unsurprisingly went down well and Brandi Saxton responded on Twitter: "Well the husband has officially gone viral and we've personally been invited to watch the Spurs by Harry Kane!!"

The couple are planning on making the trip to the Tottenham Hotspur Stadium on Thursday to watch the side against Brentford as well as the home game against Norwich the following Sunday.