Sergio Aguero scored 257 goals in 384 appearances for City to become the club's record goalscorer; The Argentine's stoppage-time goal ended a 44-year wait to become champions; Watch 'Drink It In: The Rise Of Manchester City' on Sky Sports Premier League on Sunday at 7.30pm

Sergio Aguero says his title-winning goal against QPR "changed everything" as Manchester City unveiled a statue of the former striker outside the Etihad Stadium on the 10th anniversary of the incredible moment.

Aguero's stoppage-time strike completed a 3-2 comeback for City on the final day of the season to clinch the title from the clutches of their bitter rivals Manchester United after a 44-year wait to be league champions. 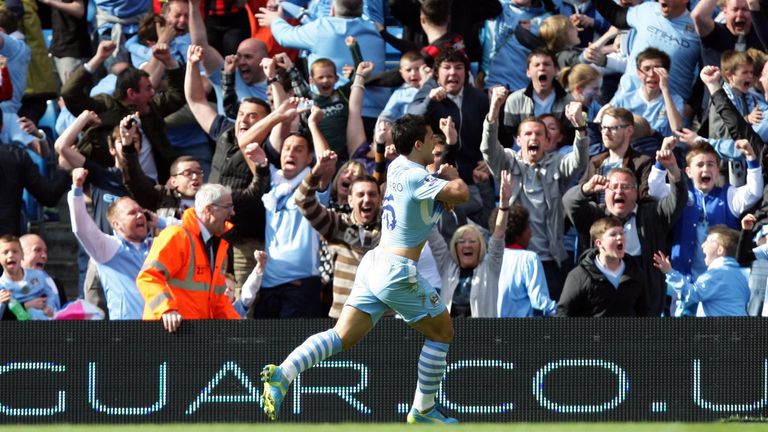 The statue of the striker joins those of his former team-mates David Silva and Vincent Kompany that were installed last year on the East Side of the Etihad. Ten years after his most dramatic of title-winning goals, Manchester City have honoured Sergio Aguero with a statue of the moment outside the Etihad Stadium

It was created by award-winning sculptor Andy Scott and has been constructed using thousands of welded pieces of galvanised steel to complete the trinity of statues commemorating a defining era for the club.

"It's fantastic! I'm very happy for it, it's special," Aguero told Sky Sports at the statue's unveiling. "That moment changed my life, the club, everything. The best moment in my life. It will always be in my heart. Former Manchester City striker Sergio Aguero says his title-winning goal against QPR in 2012 will always be in his heart and was the best moment of his life.

"We don't know what would have happened if we lost the Premier League that year. That year changed everything because the next years we started winning more titles."

The Argentine is the highest scoring overseas player in the Premier League era and has the best goals-per-minute ratio in the competition's history.

"Truthfully, it is a very beautiful thing for me, to see myself 10 years ago is very moving," added Aguero. 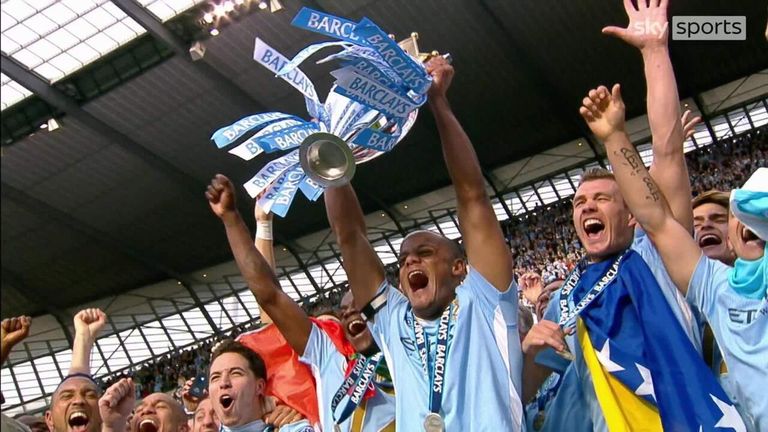 "In those 10 years, I was able to win a lot of trophies and was able to help the club become one of the most important in the world.

"I am very grateful to the club for making this statue in recognition of my football career in Manchester. It is something very special." 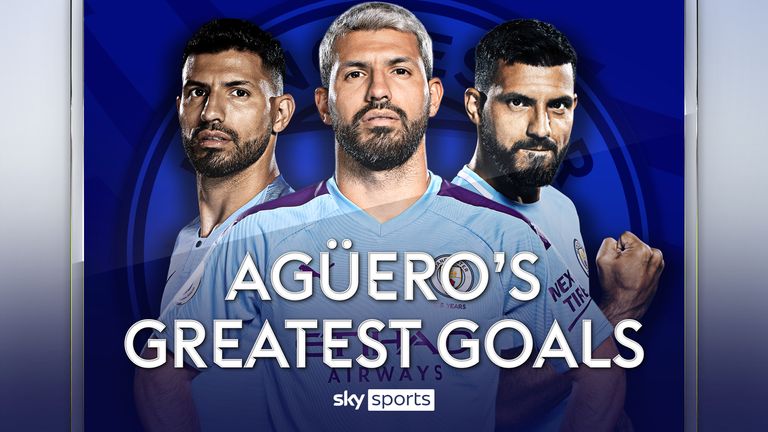 Manchester City's chairman Khaldoon Al Mubarak added: "Sergio Aguero's contribution to Manchester City in a defining era for the club cannot be overstated. He is without doubt one of the greatest players that has ever played the game.

"When our fans think of Sergio, they are immediately drawn to the iconic moment of 93:20 and the goal that secured the club's first league title in 44 years, but as his record of 260 goals for the club demonstrates, his legacy and impact at Manchester City go far beyond that.

"It is only fitting that Sergio has been recognised with a statue of his own, in celebration and honour of his accomplishments in one of the most important chapters of Manchester City's rich and long history."

Aguero's goal against QPR was a seminal moment for City in their bid to topple the established order in English football - a decade on, you can relive it with our documentary, 'Drink It In: The Rise Of Manchester City' on Sky Sports Premier League on Sunday at 7.30pm.

Aguero: The most important goal of my life 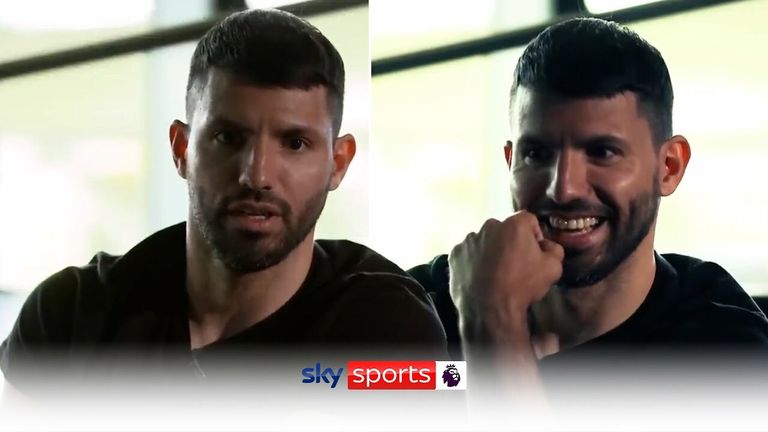 In an exclusive interview with Martin Tyler, Sergio Aguero recalls his title-winning QPR strike, his decade at Manchester City, and reveals how he sees his future

Aguero recalled that famous game against QPR in an interview with Sky Sports' Martin Tyler last year, before he left Manchester City after 10 years at the club.

"That goal for me is the most important of my life," Aguero said. "All the time, I watch that game and my family too, and my son. I think that goal will be all the time in [my] head.

"When I touched [the ball] before the goal, I thought 'ok, maybe it's a penalty', the centre-back touched but not strongly, just a little bit. And then I thought 'I just have to shoot' and when I shoot, the decision is to always shoot at strong as possible to the first post and I had to be lucky. Then for two or three days, I didn't believe it. 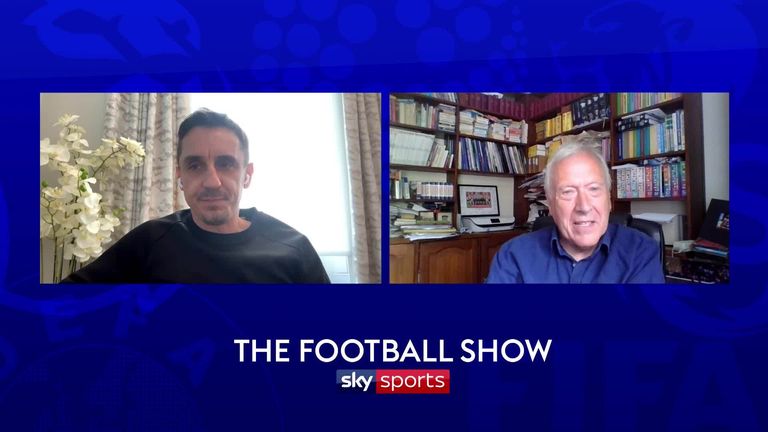 "For us, it was a little bit nervous because we had to win but what happened in the second half, when I looked at the time, it was 88 minutes and it was 2-1, I thought 'no, I can't believe it'."

He added: "I love all the goals but that goal [against QPR] is special. I scored many goals against United, Chelsea or Tottenham, but for me, my greatest goal was against Liverpool. If you remember (Pepe) Reina, he went to find the ball and then Barry passed to me. I thought 'I'll shoot at the goal' and then I looked and I didn't have the angle, it's too difficult. But for me, that goal is so good."