Solskjaer has transformed the fortunes of the club since replacing Jose Mourinho in December on a temporary basis.

He has guided United to 10 wins in 13 Premier League games, while also masterminding their impressive 3-1 win at Paris Saint-Germain to reach the Champions League quarter-finals on away goals after the tie finished 3-3.

I thought United would take the international break to appoint Ole. I’m not sure what the plan is now ! Games coming thick and fast so no ideal time to announce without a big distraction to matches . Let’s hope for a snap announcement today!!👹

United host Watford on Saturday as they resume their battle for a Premier League top-four spot before taking on Wolves at Molineux next Wednesday, live on Sky Sports. 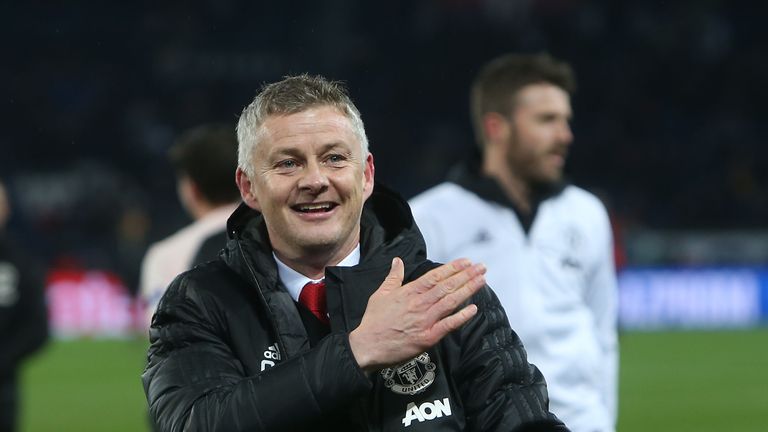 I would give him the job," said former United striker Cole. "When he came to the club I could see why they were doing it, but we've got to be all brutally honest - I don't think anyone could have sat here and said he would do as well as he has.

"He has gone in, he has galvanised the club, they've got results at the right time."

Cole acknowledged United have recently suffered a blip in form, losing to Arsenal in the Premier League and being knocked out of the FA Cup by Wolves, but he insisted performances have remained encouraging during this period.

"Fair enough, they have lost the last couple, but I just think he is trying to get Manchester United playing the way they used to play - attractive football, scoring goals and being entertaining," Cole added.

"His staff have had a lot to do it with as well. Bringing Mike Phelan back was essential."

United to face Spurs in Shanghai

Mourinho's dismissal came after United collected just 26 points from their first 17 games, while the Portuguese's brand of football was widely criticised.

"We all know this is possibly the most important appointment since Sir Alex left," Cole said. "When people are talking about Manchester United finishing in the top four of the Premier League and it's time to celebrate, I am scratching my head.

"That's not something to celebrate. It is Manchester United. For me you celebrate winning the league, getting to the European Cup final or winning the FA Cup, or whatever.

"It's a massive appointment and if Ole does get the job, no doubt he will know just how tough it is to try and propel the club forward and be competing with Manchester City and Liverpool."