Gilmour, 18, was sent on for his debut with eight minutes remaining 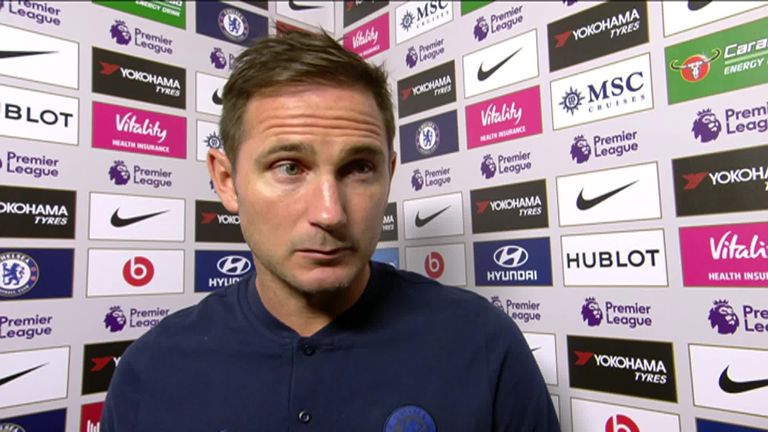 Frank Lampard defended his decision to bring on 18-year-old Billy Gilmour as Chelsea failed to see the game out against Sheffield United.

Chelsea were 2-1 up at the time when Lampard opted to bring on Gilmour for his senior debut and Michy Batshuayi with eight minutes remaining.

However, the Blades finished strongly at Stamford Bridge and scored a late equaliser to leave Lampard with two draws from his first two home games in charge.

Gilmour - a Scotland U21 international signed from Rangers in 2017 - was an unused substitute in the Super Cup Final defeat to Liverpool earlier this month.

Despite Gilmour's inexperience and the game still being in the balance, Lampard hit back at questions that deemed the decision a "bold" one, highlighting the 18-year-old is part of the first-team squad due to a lack of other options.

"It wasn't a bold substitution because it was one for one in the same position," he said.

"Kovacic was on his haunches and was tired and Billy Gilmour is a midfield player. And Michy [Batshuayi] was to try and bring some energy for Tammy Abraham who was our best player. People can say what they want but I wasn't trying to be clever at 2-1, I was trying to see the game out.

"I've got faith in Billy - he's going to have a big future. But we've got an injury to N'Golo Kante in midfield who is a fantastic player for us, so Billy is on the bench. We have a ban, so the squad is what the squad is."

Chelsea have now conceded 10 Premier League goals in Lampard's four games in charge and defensively they seemed very edgy at times when Sheffield United had dominant periods of the game.

The Chelsea boss admitted his team need to sharpen up but refused to blame individuals.

"It's not just the defence - we concede as a team," he said.

"The lack of concentration and defensive mistakes are moments that you defend as a team. We conceded because we switched off in a game we should be comfortably seeing out. That's not disrespectful to Sheffield United as at 2-0 up that's not the end of the story. I was clear with the players at half-time.

"We only have ourselves to look at as a group, not individually." 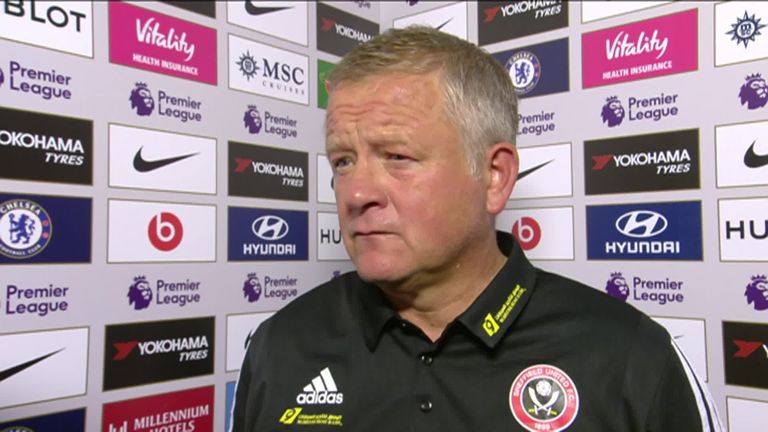 Callum Robinson's first goal for the Blades 48 seconds after the restart gave Chris Wilder's men the impetus and Kurt Zouma's own goal, when he turned in Robinson's inviting cross, earned the Blades a deserved point.

Wilder said: "We had to play well here, we can't give ourselves a mountain to climb, which we obviously did.

"To come roaring back as we did in the second half hopefully gives us an enormous amount of confidence and self-belief going forward.

"I don't want us to stand off teams, we obviously understand the teams we are up against and the journey we have been on.

"Three years ago we were bottom of League One and now we are going toe-to-toe in the Premier League. It's not a cup tie, we are here on merit.

"From a biased point of view, I believe we deserved something from our second-half performance."