Kurt Zouma has become the latest footballer to suffer racist abuse on Twitter after comments were directed at the Chelsea defender following his own goal in the 2-2 draw with Sheffield United.

The 24-year-old, who was on loan at Everton last season, was subjected to the abuse after a Callum Robinson cross deflected into the Chelsea net off the French centre-back to hand the Blades an 89th-minute equaliser at Stamford Bridge.

It comes less than three weeks after Blues striker Tammy Abraham, who scored a first-half double against the Blades, was targeted after missing a penalty In Chelsea's UEFA Super Cup defeat to Liverpool.

A number of Premier League and EFL players have had racist comments directed at them online since the 2019/20 campaign began, including Manchester United's Paul Pogba and Marcus Rashford and Derby County's Duane Holmes. 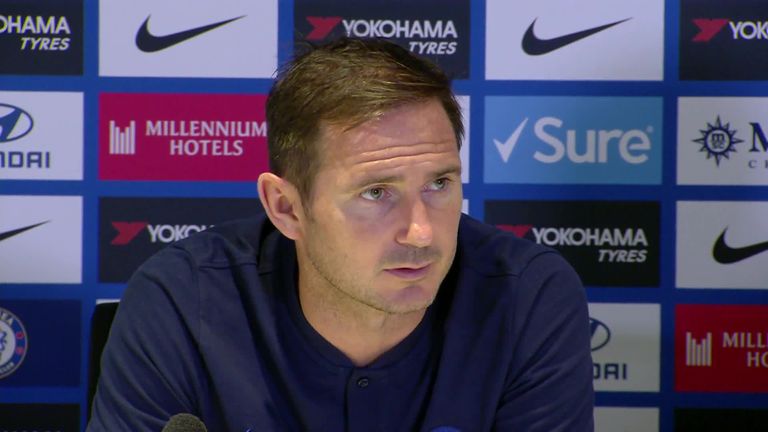 Speaking after Chelsea's second draw in the Premier League this season, Blues boss Frank Lampard said: "I am probably going over the ground I did with Tammy before.

"Firstly it is a person that does it, wherever they are hiding from, and secondly we have to look at social media and the platforms and give them some accountability to actually have people register who can be chased down for it.

"I think it is simple, until we get to that, and no matter how horrible that conversation is, we get tired talking about it.

"If we allow it, then unfortunately in modern society it is out there and it has to be dealt with."

Lampard also confirmed that Chelsea intend to meet with some of the social media platforms to help try and stamp the abuse out.

Manchester United and anti-racism charity Kick It Out have also recently said they will meet with Twitter over the recent online abuse to EFL and top-flight players.

"I think we have plans to do that," Lampard added.

"Everyone knows with how I speak and the way the club act consistently where we want to go with it. Any player, we are clear about that."