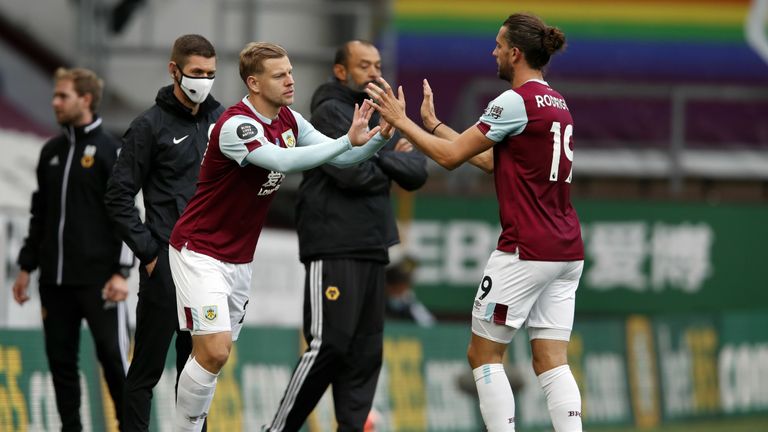 The Premier League will allow three substitutions next season, not five, and have announced an update to VAR, Geraint Hughes reports

Premier League clubs have voted against allowing teams to make five substitutions per game in the 2020/21 season.

Top-flight teams will therefore return to being permitted three substitutes each per game, while the number of players allowed on the bench will return to seven, in line with pre-coronavirus regulations.

All 20 clubs - including newly promoted Leeds, West Brom and Fulham - convened on Thursday at a Premier League shareholders meeting where decisions were taken ahead of the upcoming campaign, which is set to begin on September 12.

Last season, as the clubs prepared for Project Restart amid coronavirus lockdown restrictions, they voted to allow five substitutions and increase the matchday squad from 18 to 20 to help players deal with a condensed schedule.

The International Football Association board (IFAB) gave leagues the opportunity to extend those conditions for another season, with divisions such as the Scottish Premiership opting to go with five substitutes.

At Thursday's meeting, Premier League clubs also approved the implementation of the video assistant referee (VAR) for the upcoming season in line with the full FIFA protocol, after world football's governing body took over responsibility for VAR from IFAB.

The new protocol will see officials encouraged to use pitch-side monitors more regularly than they did in the technology's debut campaign, specifically for decisions on goals, red cards and penalty kicks.

There will be no level of tolerance on goalkeeper encroachment for penalties, with retakes ordered if keepers have saved a spot kick with their foot over the line. Meanwhile players will be adjudged to have encroached if any part of the body is on the ground inside the area or arc when a penalty is taken. In both cases, retakes will only be enforced if the encroaching player has "a material impact" on the outcome of the kick.

There will continue to be no tolerance for offsides, meaning decisions will continue to be decided by the finest of margins. Assistant referees will be encouraged to keep their flags down on marginal decisions, and only raise them once a goal-scoring opportunity is complete.

A widespread argument against the sustained implementation of the five-substitution rule is that it would have benefitted teams with deeper squads.

The data suggests a mix of teams from every spectrum of the standings utilised additional allocations after the restart, topped by Brighton, Norwich, Liverpool and Arsenal.

Only West Ham and Burnley averaged three subs or fewer. In fact, Sean Dyche used fewer substitutes post-lockdown than he had before the enforced break.

But, across the entire season, there does appear to be some correlation between the number of line-up changes and substitutions - revealing the top teams with deeper squads do rotate more and would have been likely to benefit from the rule change the most.

Manchester City were the only club to make more line-up changes than substitutions - but still ranked fifth highest for the latter - suggesting Pep Guardiola was uncertain of his favoured XI and rotated accordingly.

Liverpool, both Manchester clubs and Chelsea averaged 121 subs and 97 line-up changes during the campaign, compared with 111 and 76 for all other clubs, respectively; the top teams were utilising deeper squads but will not be able to shuffle their packs more next season.