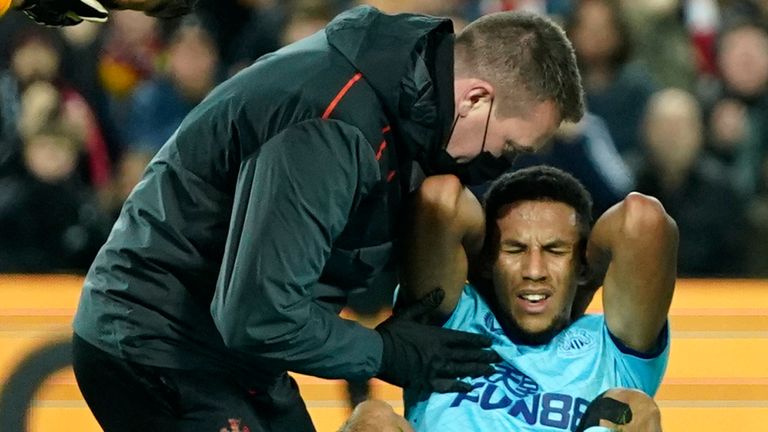 Eddie Howe says he cannot understand why Liverpool's equaliser in Newcastle's 3-1 defeat at Anfield was allowed to stand.

Former Premier League referee Dermot Gallagher assesses whether Diogo Jota's goal which drew Liverpool level against Newcastle at Anfield on Wednesday ought to have stood...

Leading through Jonjo Shelvey's early strike, Isaac Hayden collided with Jamaal Lascelles and was on the floor in the six-yard area when Jota followed up his own header to score.

Newcastle manager Eddie Howe felt referee Mike Dean's decision not to stop play for an apparent head injury was the pivotal moment of the game as Liverpool equalised before going on to win 3-1.

But former referee Gallagher believes Dean was in no position to reverse his on-field decision to allow the goal to stand after not realising the nature of the injury to Hayden in the build-up...

What Howe said on Jota goal...

"We didn't do everything right, that's clear, but we certainly didn't have the luck either," said Howe.

"The turning point of the game is an obvious one, I can't understand how Mike's not stopped the game. Isaac clearly holds his head immediately lying in our six-yard box with another player and that leads to the goal.

"At the time it was clear to me the game had to be stopped and it wasn't. That is the key moment in the match.

"I couldn't believe what I was seeing. The priority always has to be the safety of the player, we talk a lot at the moment about head injuries and I felt that was a wrong decision and we were harshly treated today.

"He was treated and taken off to the side of the pitch and still didn't look 100 per cent himself. It follows a similar pattern where the rub of the green has gone against us."

'VAR can't intervene as there was no offence'

DERMOT SAYS: "It's an interesting one as Mike Dean is just unaware. That's the key issue and because it happens at such speed, he's actually unaware. The ball goes into the penalty area and as it's cleared out, Hayden goes to ground and it happens so fast. The ball comes back in, Jota puts the ball in the net and it's at that point that Mike realises that Hayden's down.

"It's very akin to the [David] de Gea incident [during Manchester United's 3-2 win over Arsenal this month]. In that instance, if he was fouled by his own player Fred and the referee was unaware of that as well. 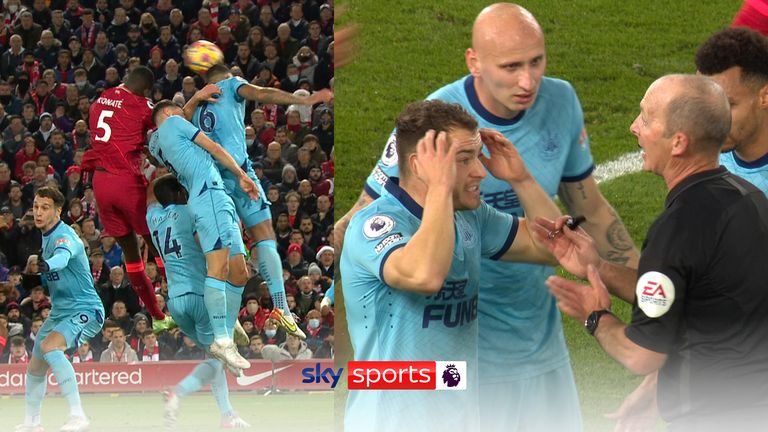 "The unfortunate thing is then VAR has the process of looking at every goal and all they can check is whether there was an offence, and quite clearly there wasn't an offence. The only thing was is that there was a head injury but Mike Dean didn't see it and therefore couldn't act on it and VAR can't then intervene.

"Unfortunately for Newcastle, it's a valid goal."

But the Newcastle players raised their heads to try to make Mike Dean aware that they had a player holding his head on the floor? Should they just play to the whistle?

DERMOT SAYS: "You must play to the whistle. It's OK to put your hands up but it did happen very fast and in fairness to Mike Dean, he wasn't aware of it. If he'd been aware of it, there's no doubt whatsoever he would've blown as players' safety is paramount.

"Referees are very alert to that and are very quick at stopping play for head injuries but unfortunately. It didn't happen this time because of the speed of the move. We're talking about the incident because of the consequence. If the header had sailed over the bar, all the talk would have washed away."

But doesn't Dean look back three times to check on Hayden?

"I feel this one is a bit different to the De Gea one because the ball was in play from the moment Hayden went down for a little bit longer. And as you can see in the replays, you can see him glancing over and I think a referee of his standards should be able to see that.

"Maybe there's an attentional blindness but it was there. It wasn't just a split-second thing and it's been allowed to carry on. So if he's missed it, I personally think that's a fault in him.

"On the other side, if he's seen it and felt there's nothing serious then that's another very significant issue. The fact is I believe there was enough time to see it and when you look at the video, like it or not, it's semi-incriminating as he's glancing over several times.

"On the subject of playing to the whistle, the fact is that both sets of players did. Jota was playing on it as he knew he was onside with the players on the floor as well so something went on.

Should Newcastle have had a penalty? 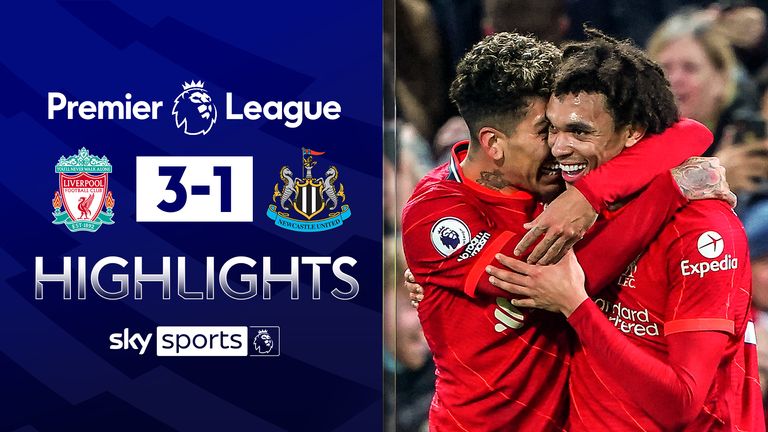 FREE TO WATCH: Highlights from Liverpool's win over Newcastle

With the game in the balance at 2-1, Newcastle felt they ought to have had a penalty when Trent Alexander-Arnold appeared to go through the back of Ryan Fraser in taking some of the ball while inside the box.

The incident came into further scrutiny as it took place 24 hours after Vladimir Coufal was sent off as Arsenal were awarded a penalty in their 2-0 win over West Ham, despite the full-back winning some of the ball in his challenge on Alexandre Lacazette.

DERMOT VERDICT: Correct decision not to award the penalty.

DERMOT SAYS: "It's a really tough call. You look at it over and over again. Different people have different opinions. The referee can't be certain it's a penalty therefore he gives the benefit of the doubt to the defender as he has to in law.

"He will have discussed it with VAR, but because of how tight it is, they cannot overturn it as there hasn't been a clear and obvious error. They can't re-referee the game so they have to go with the original decision. On the evidence he's got he can't give a penalty.

"He can only go to the monitor if the VAR feel he's made a clear and obvious error. The VAR can't say he's made an error so if you send him to the monitor for that, you're asking him to re-referee the game which isn't part of the protocol."

'Play should have stopped - and the player removed'

Brain injury charity Headway has emphasised the importance of play being stopped in football matches when a head injury has occurred, following a controversial goal scored in Thursday night's match between Liverpool and Newcastle.

"Recent high-profile injuries to the likes of Ryan Mason and Raul Jimenez show just how vital it is for head injuries to be taken seriously in sport," said Peter McCabe, Chief Executive of Headway.

"Without immediate, expert medical intervention, the outcomes in both those situations could have been far more serious.

"Referees will always be under greater pressure in potential goal scoring moments to allow play to continue, but players' health and safety must be the first and only priority."

The charity also questioned why the Newcastle defender was allowed to continue after manager Eddie Howe stated he was 'dazed for four or five minutes' as a result of the collision.

"Concussion protocols are entirely clear. If a player is suspected of having suffered a concussion, they must be removed from the field of play and not be allowed to return.

"Being 'dazed' is a sign that something is not right and that a concussion may have occurred. In such situations, the right thing from a player welfare point of view would have been for Isaac Hayden to be replaced using the concussion substitution rule.

"If the temporary concussion rule that Headway has long been calling for been an option, it would have made it easier for the player to be assessed for a longer period. The fact that he was dazed after the game is of concern.

"Ultimately, we are yet again left saying 'lessons need to be learned' when it comes to concussion in football."