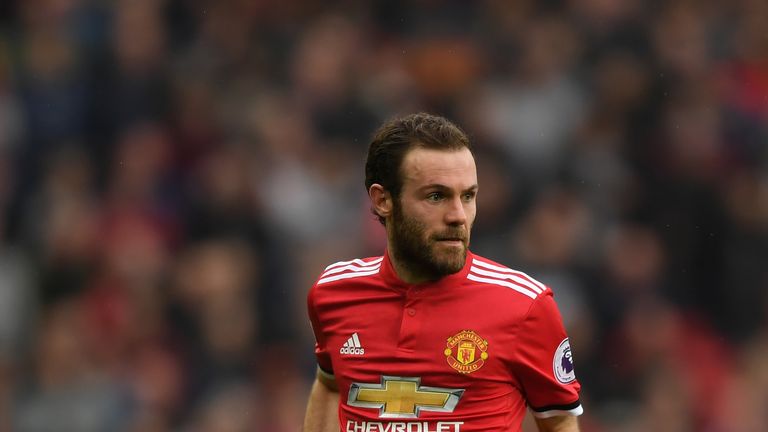 Juan Mata says Manchester United must be more consistent if they are to have any chance of usurping rivals Manchester City as Premier League champions.

United finished 19 points behind Pep Guardiola's side last season and Mata knows they must make a sustained effort if they are to win the top-flight for the first time since 2013.

"I know what Manchester United fans want, they want to win trophies, be proud of the team and enjoy us when they watch us play and we want the same," he told Sky Sports News.

"The team that wins the Premier League is the most consistent, winning points and points, week in, week out. We need to do that if we want to win.

"Obviously there is the Champions League, FA Cup and League Cup, so we have many tournaments to play for and hopefully we can go to the end in all of them.

"We want a positive season, to try and play good football and try and win some trophies.

"We have this magnificent fanbase, all around the world. We want to make them proud and win things for them in a good style."

Jose Mourinho's side are currently on tour in the USA, where they will face old adversaries Liverpool in Michigan on Saturday night.

With so many United players still on holiday after being involved in the World Cup, the club's youngsters have the chance to impress and Mata believes they will benefit from being involved with the first team players who are on tour.

"We don't have a lot of players from the first team squad from last year but I think it's great for the club to have so many youngsters," he added.

"I think it speaks well for the academy and how that works that they are bringing so many players to the first team.

"These guys are having a chance now and they are learning so much by training with us and realising what Manchester United means."