Celebrated in song but struggling to make a meaningful impact on the pitch, Fred is proving an enigma at Manchester United. Adam Bate examines the player’s problems so far and his prospects of turning his career around under Ole Gunnar Solskjaer…

Ole Gunnar Solskjaer is at the wheel but where is he taking Fred? The £52m signing from Shakhtar Donetsk was Manchester United's headline buy of the summer but he now finds himself on the fringes at Old Trafford. Needless to say that supporters have not seen the best of the Brazilian but why is that and what could he yet bring to this United team?

The past week should have been his big chance but it is not clear that it was an opportunity seized. During the recent injury crisis, Solskjaer turned to Scott McTominay and then Andreas Pereira for the game against Liverpool, and while Fred did get his first Premier League start of the year at Crystal Palace, he was back on the bench against Southampton. 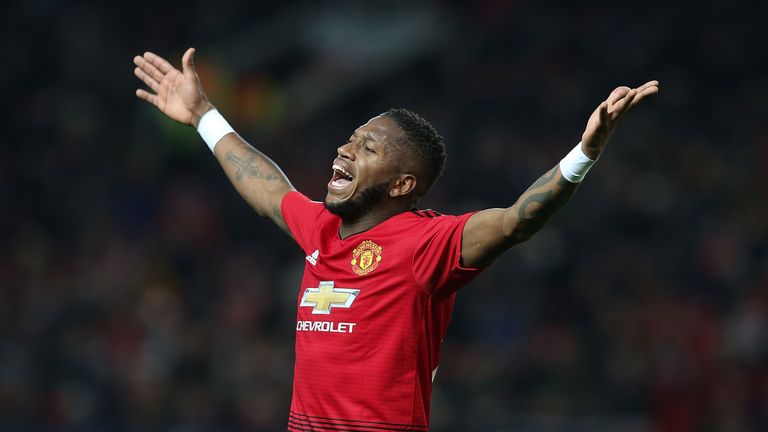 At least he provided the assist for Romelu Lukaku's winner against Saints, perhaps his first significant contribution since scoring the opening goal against Wolves in September. Even in that match, a 1-1 draw at home, Fred was the first man withdrawn as Jose Mourinho was left to lament the attitude of his players, and in particular their lack of intensity.

Asked afterwards whether Fred had taken another important step towards adjusting to the Premier League, Mourinho said: "When the team has the ball, of course he has quality." But it was different without the ball and Fred failed to start any of the next six games. After 53 minutes against Huddersfield on Boxing Day, Solskjaer seemed to reach similar conclusions.

All of which is a little disappointing given that this appeared to be an encouraging signing. It was a move away from the superstar acquisitions that had come to characterise the club's approach to the transfer market. United scouts attended Shakhtar games for many months. Fred had the hallmarks of a signing of substance to help transform the team.

If there were some concerns that United were attracted to the idea that they were snaffling him from under the noses of neighbours Manchester City, at least there was the comfort of knowing that Pep Guardiola's interest in the player was genuine. The City coach was a known admirer, even going so far as to ask Brazil coach Tite for his thoughts on him.

Shakhtar's highly-rated coach Paulo Fonseca was unequivocal in his assessment of the player's potential. "Fred will be one of the best in the world in his position," he said in the summer. "He's a unique player." The picture painted was of a player who could run, tackle and pass. Someone who could handle the physical side but had the technique to match.

As for the intangibles, the consensus was that Fred could make the move to the Premier League in the same seamless fashion that his compatriots Willian and Fernandinho had done before him when leaving Shakhtar for Chelsea (via a brief spell at Anzhi Makhachkala) and Manchester City respectively. Having turned 26 on Tuesday, it was not unreasonable to expect him to make an instant impact.

Instead, United still seem to be working out Fred's position let alone what's unique about him. He has been too wasteful in possession when deployed deep but lacks the necessary incision that is demanded of a more attacking player in the final third. Far from being the midfielder to enhance Paul Pogba, he has too often seemed like a poor imitation.

Fred is fond of a long-range pass but he doesn't have Pogba's imagination. He covers the ground but he neither possesses McTominay's engine nor inspires the trust that Nemanja Matic has earned. He can tackle but not with the tenacity of Ander Herrera. He is an all-rounder but one who looks nowhere near complete. Patience will be needed if he is ever to get there.

While Solskjaer has not shown huge faith in Fred on the pitch, and is surely demanding more from him in training, publicly he has offered his support. The summer preparation was not ideal - he didn't feature once for Brazil during the World Cup due to a persistent ankle problem. A change of manager can be particularly disruptive for a new player too.

"You have to look at the time it needs to settle," said Solskjaer, going on to reference the experience of Juan Sebastian Veron, his former United team-mate. "You look at Juan," he added. "He is one of the best players that I played with and it took him time to settle. And I am sure that when given the chance and a run in the team Fred will grab the opportunity."

Comparing Fred to Veron, the elegant Argentine midfielder who was once one of the most celebrated players in the world, is a compliment. But it is also telling. Veron could hardly be said to have settled at Old Trafford. Indeed, he was sold to Chelsea after his second season, endured a miserable time at Stamford Bridge, and soon departed England for good.

Whether Fred will face a similar fate remains to be seen. He has not been frozen out. There is still time to make an impact. But as it stands, rather than playing for Solskjaer's side, his biggest contribution has been lending his name to a line in the song celebrating it. Fred has work to do if he is to become more than a curious footnote in the story of this new United.