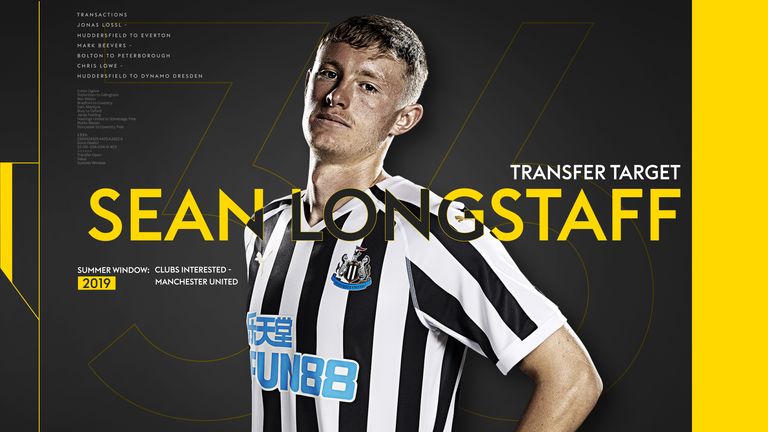 After being linked with a move to Manchester United, we take a look at Sean Longstaff's goals for Blackpool while on loan from Newcastle during the 2017-18 season

Manchester United are preparing a bid for Newcastle midfielder Sean Longstaff, according to Sky sources.

Longstaff caught Solskjaer's eye last season after breaking into the Newcastle first team. The 21-year-old made 13 appearances, nine in the Premier League, before a knee ligament injury in March brought a premature end to his campaign.

However, Newcastle insist Longstaff is not for sale and Sky Sports News has been told he will cost Manchester United more than the £50m they spent on Wan-Bissaka.

Longstaff is a product of Newcastle's academy system and had loan spells at Kilmarnock and Blackpool before making his first-team debut in the Carabao Cup defeat at Nottingham Forest last August.

He signed a new contract at St James' Park in December that runs until 2022.

Newcastle are currently searching for a new manager after Rafael Benitez left when his contract expired on June 30 to take charge of Chinese Super League club Dalian Yifang.

Since July 1, Sky Sports News is the home to three new shows dedicated to bringing you the very latest news from this summer's transfer market.