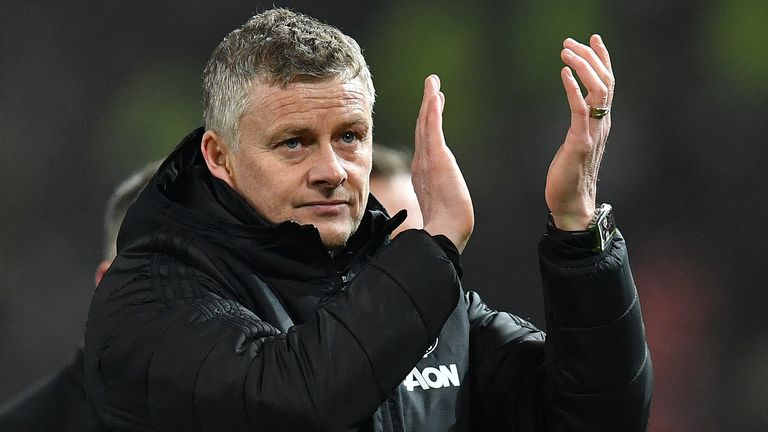 Ole Gunnar Solskjaer retains the backing of Manchester United’s board, despite his side suffering a 2-0 home defeat to Burnley, says James Cooper

Manchester United have no plans to sack Ole Gunnar Solskjaer, despite their manager overseeing the club's worst points tally after 24 games in over 30 years.

United's hierarchy are not even considering a managerial change, following the club's fourth defeat in 2020.

The club's board and players remain fully behind Solskjaer, despite him helping accumulate the club's worst points tally after 24 games since the 1988-89 season.

Bosses at the club have already begun trying to rebuild the squad, as evidenced by the business they did last summer, with a recognition the process will not be completed overnight.

There are many ways of looking at this, United are 30 points behind Liverpool and there is plenty of gloom here, but nothing is set to change in the dugout at the moment.

United could have moved to within three points of the top four with a victory against Burnley on Wednesday, but Chris Wood (39) and a thumping strike from Jay Rodriguez (56) dented Solskjaer's side's ambitions of moving into the Champions League spots. 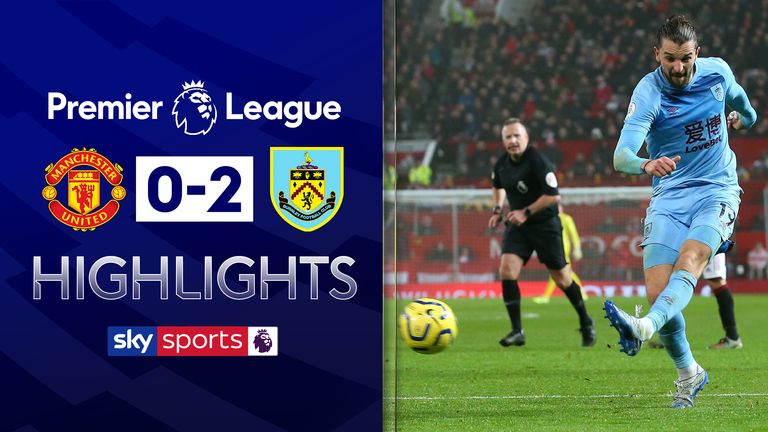 FREE TO WATCH: Highlights from Burnley's win against Manchester United in the Premier League

After suffering his 12th top-flight defeat as United's permanent manager, Solskjaer assumed responsibility for the result and confirmed the club is looking to strengthen its first-team squad with new additions, in order to take the burden off fatigued young players.

Since the 46-year-old took over from Jose Mourinho in March 2019, the former forward has won 19 games, drawn 11 and lost 15 games in all competitions.

United have also dropped 18 points in their last 12 games, and have 11 fewer points than they did after 24 matches last season, which is an indication the club have moved backwards rather than forwards in the league under the Norwegian.

Will Man Utd react in the January market?

The United boss has eight days remaining in the January transfer window to find replacements for Paul Pogba (ankle) and Marcus Rashford (back) who are both sidelined through injury, with the former missing 29 matches so far this season.

There is no sustained goal threat without Rashford and they need to bring another striker in, United have failed to score in five of their last 10 games in all competitions.

A £30m bid has been submitted for Birmingham's 16-year-old midfielder Jude Bellingham, while Sporting Lisbon's Bruno Fernandes remains intent on a move to the North West.

Criticism was levelled at the club's hierarchy and recruitment policy from Gary Neville following the 2-0 defeat to runaway Premier League leaders Liverpool at Anfield, stating the club are "five or six" signings short of competing for the title. 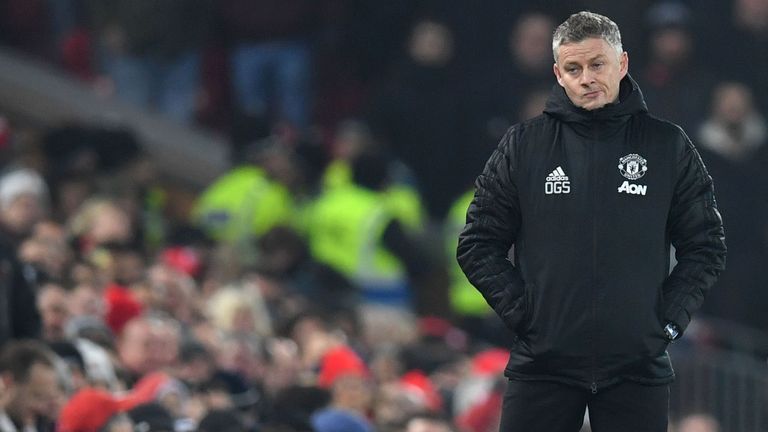 United's form and injury woes for Solskjaer have been compounded by ongoing issues with Pogba's agent Mino Raiola, who exclusively told Sky Sports News this week the club has failed to match the midfielder's ambition since he came back to Old Trafford from Juventus four years ago.

Solskjaer said he would speak to Pogba about his representative's comments earlier this month when the super-agent said United were "a club out of touch with reality" which would even harm "Maradona, Pele and Maldini."

"On one side of the argument, that was only United's second home defeat of the season and United are still fifth, albeit six points off the top four.

"On the other side, look at David Moyes - sacked in April, only ten months into his reign and after the same amount of games - 24 - he had six points more than Ole Gunnar Solskjaer.

"It's a pretty toxic atmosphere at Manchester United and there are difficult games coming up. Clearly there are major problems and the only solution to those problems is some of the current players stepping up and new players coming on board."

'Man Utd fans have had enough, it's toxic' 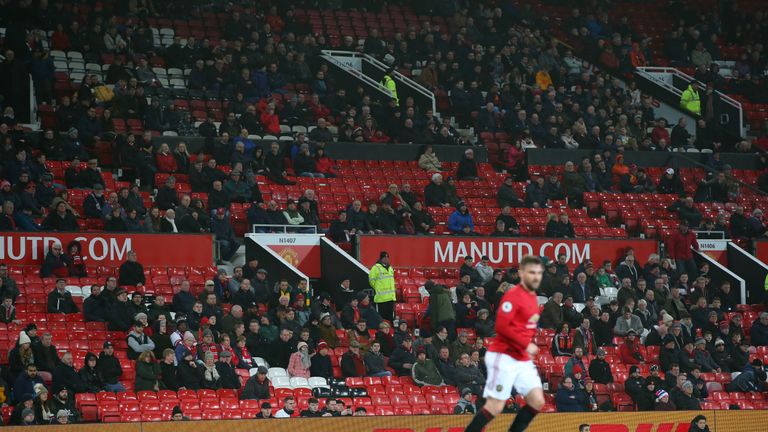 Andy Mitten, editor of Manchester United's fan magazine United We Stand, says the atmosphere on Wednesday night at Old Trafford was "toxic" with Ed Woodward and the Glazer family being targeted with chants by fans.

Mitten says United's faithful do not expect an instant title challenge but are frustrated at the lack of progress being made to close the gap on Liverpool and Manchester City.

He told Sky Sports News: "The lows are getting lower. It's a fifth defeat in a month. This month has been atrocious.

"The fans have had enough and they're making their feelings known at matches now. It's a toxic atmosphere.

"It's alright Ole Gunnar (Solskjaer) saying he is building for the future but we still need results in the short-term. The Glazers and Ed Woodward have been the ones on the receiving end of the chants.

"Fans were still actually signing about Solskjaer, I think they would love it for things to work out for him."