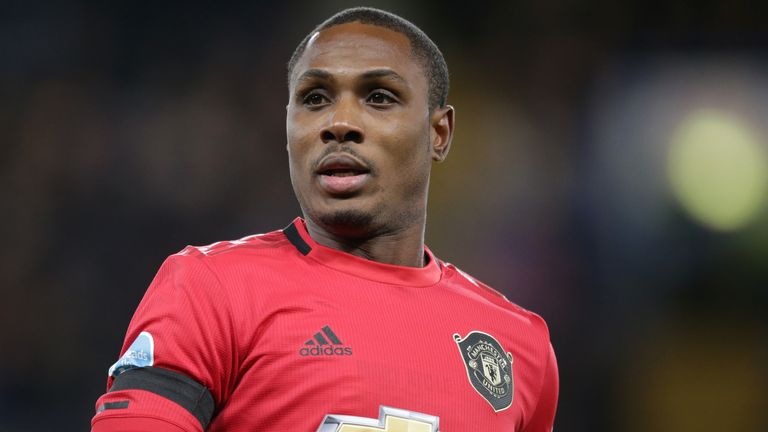 “Not every dream comes to pass, but mine has."

The words of a relieved Odion Ighalo as he looks forward to an extended stay at Manchester United. Things threatened to work out altogether differently, though. Ighalo's initial loan ran out on Sunday, and United and Shanghai Shenhua agreed a new deal to keep him at Old Trafford with minutes remaining.

"Shanghai wanted me to return because they know what I can do, and they believe in me so it was a bit difficult. But I want to thank them for agreeing to my wish to stay at Manchester United. I want to thank the manager Ole (Gunnar Solskjaer) for pushing as well.

"It's so hard to explain, but I still have the same feeling. I want to go every day to train with these young players and show what I can do. This is a great achievement for me to be at this club and I will never take it for granted."

"I'm going to be 31 soon and playing for United is something great for me," says Ighalo. "It is happening towards the last stage of my football career, which makes me feel even happier. That's why I cherish every moment of being at this club."

Rewind to January and if you had told Ighalo he would be moving to the team he supported as a boy, he would have laughed at you. He believes now, and after four goals in three starts, he's got others believing too.

"When I signed, a lot of people doubted my ability," he says. "I never doubted myself and I knew what I could add to the team and I think I can still do more. People have not seen my best because I came in and my sharpness and fitness wasn't there, but I'm getting much better and I hope to finish the season really well."

'I can't wait to play with Rashford & Pogba'

Ighalo is confident he and United can do just that, especially with the return to fitness of Paul Pogba and Marcus Rashford. The three have not shared a pitch since Ighalo's arrival.

"I'm very excited," says Ighalo. "Seeing them from outside is different to training with them. Pogba is back, he's doing very well, he's strong, he's fit. Marcus is exceptional, a very talented player. I can't wait to play with these guys."

One guy he has enjoyed playing with is fellow January signing Bruno Fernandes. "He's one of the best I've played with. I played with him at Udinese and you could tell he had the talent, but now he's different. He has vision, gives good passes and scores goals. He's still getting used to the Premier League and when he settles down, he's going to be so good for Manchester United."

Solskjaer has challenged Ighalo and his team-mates to go all out for a top-four finish as well as FA Cup and Europa League glory. What a loan spell that would be.

Ighalo's deal runs until January 2021 when he will return to Shanghai and be expected to sign a new contract. He's not thinking that far ahead.

"For now, I just want to continue living my dream."

Man Utd fixtures: Dates and times to be confirmed