Rashford: "Merry Christmas kids... It's also not for food banks to feed millions of British children but here we are. 250% increase in food poverty and rising... This is not going away anytime soon and neither am I..."

The Government has rejected calls from Marcus Rashford to extend the free school meals scheme to include half-term and Christmas holidays.

The Manchester United and England forward launched an online petition on Thursday urging the Government to make three commitments to support vulnerable children as part of the #endchildfoodpoverty campaign.

The campaign is supported by the Child Food Poverty Task Force, which was formed by Rashford, as well as a further 20 charities and key names in the food industry.

Rashford, who has been awarded an MBE for his work in tackling child poverty, forced a Government U-turn in July when he won his battle to ensure the provision of free meals during the school summer holidays.

But the latest proposal appears to have fallen on deaf ears, with the Government confirming later on Thursday that they have no plans to offer further direct support.

"We took that decision to extend free school meals during the pandemic, when schools were partially closed during lockdown. We are in a different position now with schools back open to all pupils," said a Government spokesperson.

"It's not for schools to provide food to pupils during school holidays. We believe the best way to support families outside of term times is through Universal Credit, rather than schools subsidising meals." Marcus Rashford will be aiming to force the Government into another U-turn on making free meals available to school children during the holidays, Kaveh Solhekol reports

In response, Rashford tweeted: "Merry Christmas kids... It's also not for food banks to feed millions of British children but here we are. 250% increase in food poverty and rising... This is not going away anytime soon and neither am I..."

The online petition called on the Government to allocate a sufficient budget to the three National Food Strategy recommendations, as part of an urgent recovery package for vulnerable children this autumn.

"For too long this conversation has been delayed. Child food poverty in the UK is not a result of Covid-19. We must act with urgency to stabilise the households of our vulnerable children," Rashford said as the petition was launched. 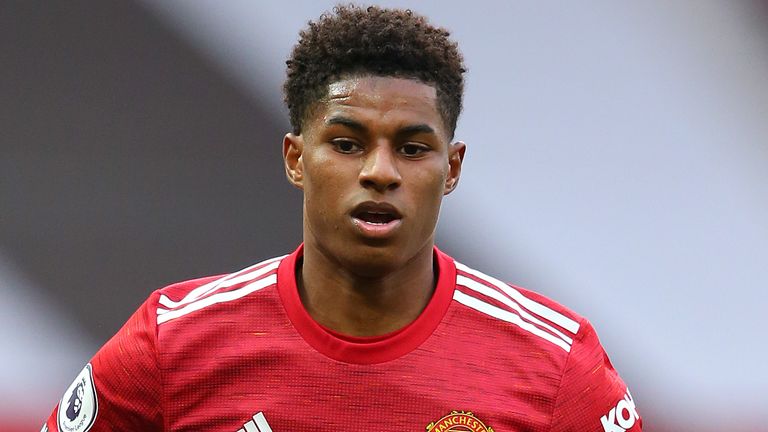 "In 2020, no child in the UK should be going to bed hungry, nor should they be sat in classrooms concerned about how their younger siblings are going to eat that day, or how they are going to access food come the holidays.

"The school holidays used to be a highlight of the year for children. Today, it is met with anxiety from those as young as seven years old.

"Many have said that education is the most effective means of combating poverty. I do not disagree with this statement, but education is only effective when children can engage in learning.

"Right now, a generation who have already been penalised during this pandemic with lack of access to educational resources are now back in school struggling to concentrate due to worry and the sound of their rumbling stomachs.

"Whatever your feeling, opinion, or judgement, food poverty is never the child's fault. Let's protect our young. Let's wrap arms around each other and stand together to say that this is unacceptable, that we are united in protecting our children."