A social media post from Manchester United forward Edinson Cavani is expected to be investigated by the FA following the Uruguay international's inspired second-half performance in United's dramatic comeback victory against Southampton at St. Mary's

The FA is expected to investigate a social media post by Manchester United striker Edinson Cavani.

The Uruguayan international shared an Instagram story from a fan, using a racially offensive term. The post has since been deleted.

Manchester United stressed that the word was clearly used in an affectionate manner and has different connotations in South America, where Cavani is from.

The club said the 33-year-old had been made aware such terms are perceived very differently in the UK and he subsequently deleted the post.

The FA did not wish to comment on Sunday night, but Sky Sports News understands the governing body will launch a probe into the online post.

Cavani came off the bench to score twice in United's dramatic comeback victory against Southampton at St Mary's.

The Uruguay international also assisted Bruno Fernandes for their first goal in the 3-2 win which saw Ole Gunnar Solskjaer's side seal their fourth consecutive away Premier League win.

Cavani has now scored three league goals for the club since joining as a free agent in the summer transfer window.

The Spain international was replaced during the break by Dean Henderson, who has been struggling for game time since returning to the club from his loan spell at Sheffield United. 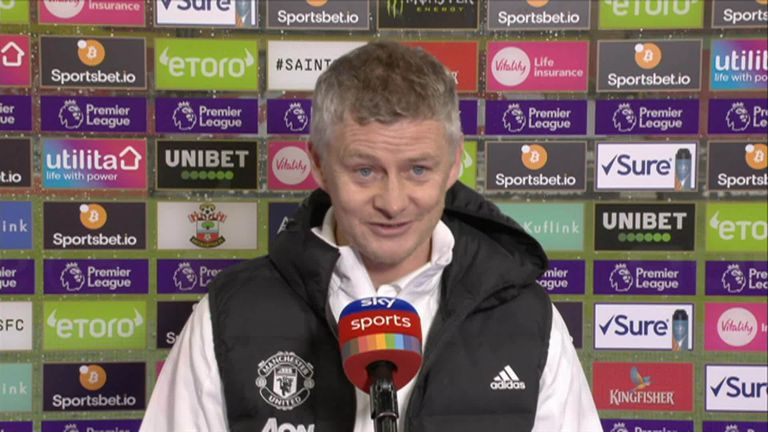