Paul Pogba exclusive: Manchester United not at Liverpool's level yet but can still win the Premier League

In a wide-ranging interview with Sky Sports’ Patrick Davison, Paul Pogba talks Man Utd’s resurgence, their rivalry with Liverpool, his own form and much more; watch Liverpool vs Manchester United on Sky Sports Premier League and Main Event from 4pm on Super Sunday; kick-off 4.30pm 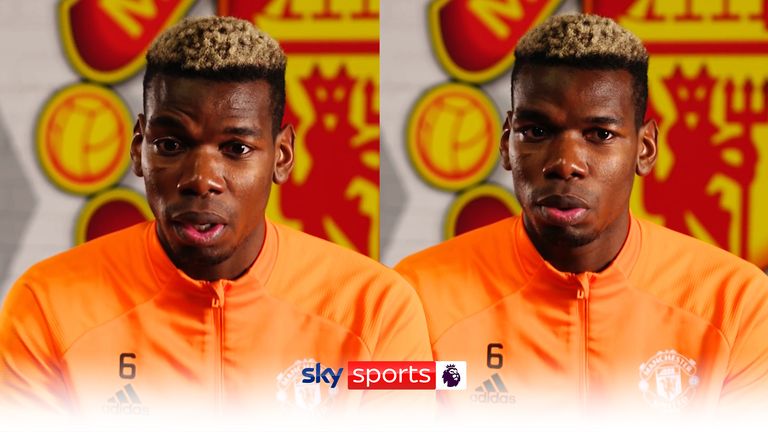 Paul Pogba talks to Pat Davison about Man Utd's top-of-the-table clash with Liverpool. Pogba says United are title challengers, and the Liverpool clash is a big test for them. Pogba also discusses his frustration at being on the bench

Paul Pogba admits Manchester United are not at the same level as Premier League champions Liverpool just yet, ahead of the top-of-table clash at Anfield on Super Sunday.

Ole Gunnar Solskjaer's side sit top of the table, three points ahead of their old rivals current going into the encounter, which is live on Sky Sports (kick-off 4.30pm), having won nine out of the last 11 games.

Although Pogba says his side can win their first Premier League trophy since 2013, the France midfielder believes their title credentials will be severely tested on Sunday.

Speaking exclusively to Sky Sports, Pogba said: "We have improved a lot, we keep improving but we still have a very young team.

I really can’t say that [this is the best Man Utd team I've been part of]. I think the last time Man Utd was first in this time was the Sir Alex Ferguson time. So you can tell there has been an improvement.

"We know how good they have been playing over the last few years - we know their quality and how they play. It's always been a tough game. We know how difficult it will be and we just have to focus and try to stay at the top.

"I think we can win it if we keep our focus but there's a lot of teams that can win it - we are not there yet, we are still very far."

United back on top - 'That's why I came here'

United are top of the Premier League at the 17-game mark for the first time since their 2012/13 title-winning season under Sir Alex Ferguson, and Pogba is relishing the challenge of trying to stay there.

"Obviously when you come you want to win straight away. But things happen. You try to build, and sometimes things happen you didn't expect, but it's for a good reason. Maybe this year we can win it, who knows? It made us improve, know about ourselves, get more experience, so everything happened for a reason.

"In my head you always want to win the first year, second year, the third year, but it's not as easy as it seems.

"You have teams that have been great as well, our neighbours have been great, everyone is building teams, buying top players, so obviously this league is the best league in the world, and you know it's not going to be easy."

Pogba on Liverpool vs Man Utd: 'It's everything'

"It’s everything. We all know the neighbours Liverpool has always been a tough game, and obviously they won the last Premier League. To be the best you have to beat the best, and that’s what you want. You want to progress and get better and better.

"We know how good they have been playing in the last few years. We know the quality and we know the way they play, and obviously you want to beat the Premier League winners. That’s the mentality we have to have.

"And with the points, it’s everything all together that makes a big impact. But we have to only focus on ourselves and our performance, and we’ll see then."

Can Man Utd take the next step?

Defeat earlier this month to rivals Manchester City in the last four of the Carabao Cup saw Manchester United lose a fourth semi-final under Solskjaer.

They lost all three semi-finals they reached last season and it was a curse that struck again at Old Trafford against City, with suggestions it is becoming a mental block for Solskjaer and his side.

"Obviously with confidence that you are going to do it. That's how I see it. You are not a champion until you get the trophy, so you have to keep carrying on."

The 27-year-old capped another influential performance with the winner at Turf Moor on Tuesday as his deflected strike saw Solskjaer's side finally unlock the Burnley defence in the second half.

He said: "I've been feeling very good, myself, physically and mentally as well. And I've been playing, and when you play you get your form.

"It's a huge difference when you start one game, and don't play the other one, or if you don't play for a few games.

"The team always help the players to be in good form, so the team has been playing very well, helping me and trusting me, with the staff too.

"So I just have to focus on myself and give my best on the pitch. In the left, the right, the middle, striker, defender, wherever I am on the pitch I give my best, that's all I can do for my team." 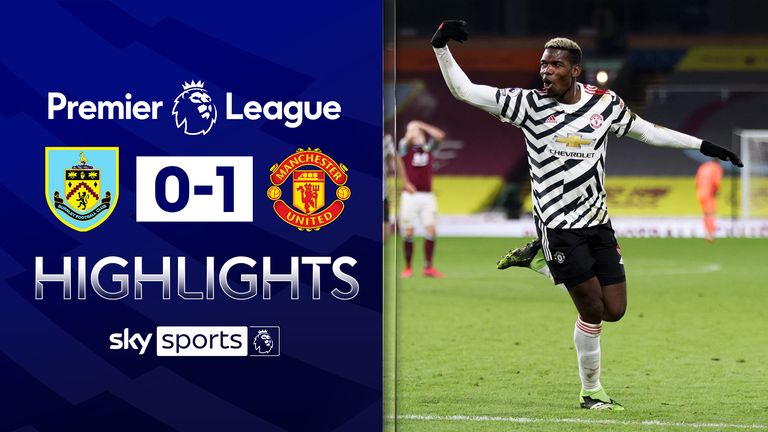 FREE TO WATCH: Highlights from Manchester United's win over Burnley

'I hate being on the bench'

Despite his recent upturn in form, Pogba has struggled for consistency since returning to United from Juventus in 2016.

At the start of the season, he struggled for form and fitness, which led to him having to make do with a place on United's bench more often than not, and it was not a feeling the midfielder enjoyed.

"I am a winner, I just want to play football. I want to help my team, and when I'm on the bench and don't come on, I feel I cannot help my team-mates so I feel bad, I don't like it." 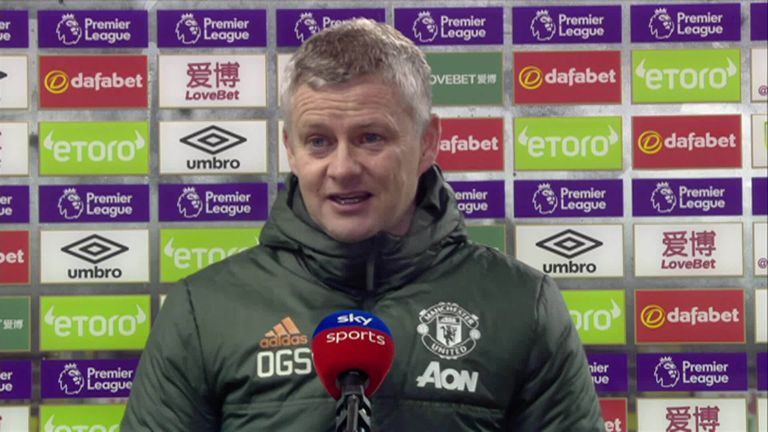 So, how hard was it to be out of Solskjaer's starting line-up for a lot of the early part of this season?

"It was hard, it was strange," Pogba added.

"Coming back is always strange, it's like having a new ankle when you have an operation like this. I tried to come back as good as possible. Then obviously I got Covid, and form wasn't the best, and the results with the team wasn't the best for all of us, and we're just coming back to a good form. The players being played in my position have been doing great - other midfielders Fred, Nemanja (Matic), Scott (McTominay) have been doing great.

"Where we are is because of all of them, all of us. We are at the top of the league now, and I'm happy for that now. I have to think about the team, and not about myself. Sometimes it's hard!" 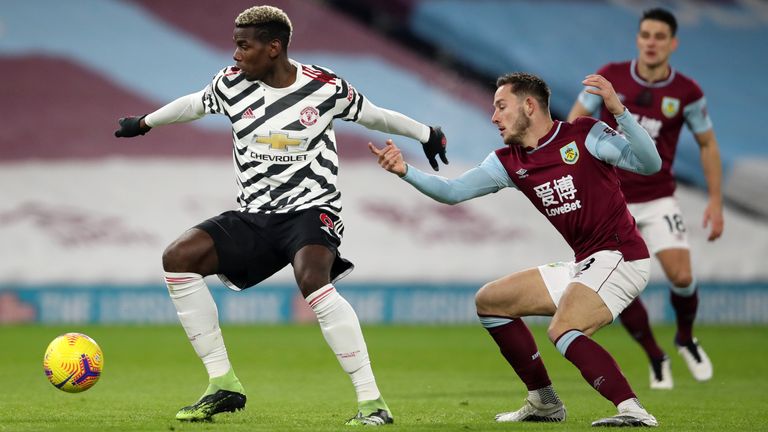 Pogba goes on to reflect on what has been a tough 12 months, not only for him personally, but also for the world in dealing with the coronavirus pandemic.

The midfielder admitted to some "dark" moments during the year, but he has tried to take the positives from what has been a truly testing situation for all.

"It's been a difficult 12 months for the world," he said. 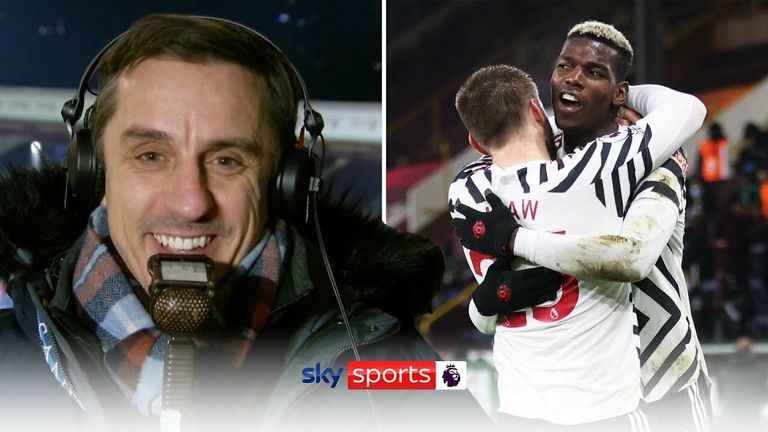 "We learn from it, we get experience."

He added: "Sometimes you don't get injured, everything is nice, you play your football, and sometimes you don't see the luck that you have. You're very lucky to play football, but when you're injured, and you can't walk, it's hard to sleep, to find a position to sleep, it's hard not to do what you love, playing football and being with your team-mates. Then you think about what is important.

"Football is important, but your health is more important than football. You learn that. You think about the world, a lot of things. Bad things can happen, but always after a bad thing there is a good think. I'm a believer. Just carry on, keep smiling, keep joking.

"For this lockdown, for a lot of people it was a nightmare for everyone, not being able to be free. But in my path, I took it as a lesson - it was good because I could be with my family for a long time, and as a football player you travel a lot. Sometimes you don't see your kids growing.

"When you have kids, you want to see them every day growing. So, it was good to be growing and full-time with them. So, I try to take this darkness and switch it with light."

'I will always be myself'; 'The critics drive me on'

Finally, there have been plenty of words spoken, positive and negative, about Pogba since his return to the Premier League by pundits and football fans alike

So, how does Pogba respond to the noise surrounding his career? 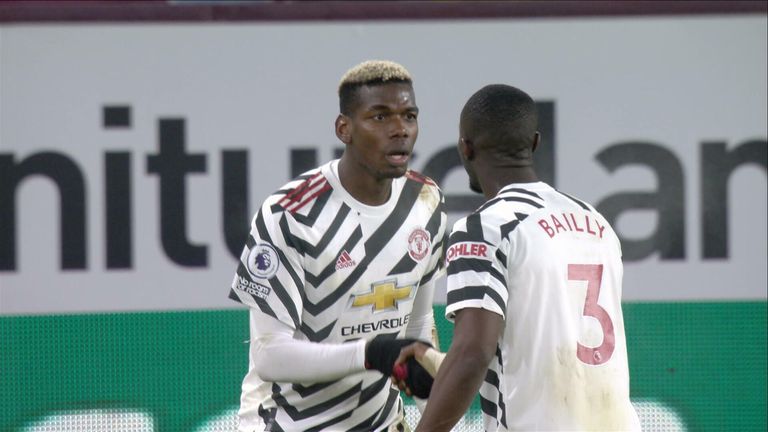 "And people that don't like me, or don't like my haircut or things like this, or when I don't play well, or whether I'm overrated, that doesn't matter. It's your opinion, and keep it, because you make me want to work even more, and make the person change their mind.

"So, it's good, it makes me work even harder, so thank you, I thank them always!"