Manchester United analysis of social media abuse finds 350 per cent increase in number of incidents since September 2019; 86 per cent of these posts were racist, while 8 per cent were homophobic or transphobic; Chelsea issue 10-year ban to individual for posting antisemitic messages online

Tottenham condemned "abhorrent" online racist abuse sent to Son after the South Korea attacker was involved in a controversial VAR decision which saw an Edinson Cavani goal ruled out during the Premier League clash.

Twitter told Sky Sports News they removed numerous posts for their racially offensive content following the alleged abuse towards Son and continue to look into the matter.

Manchester United have issued suspensions, subject to appeal, to six individuals over the alleged abuse, including three season ticket holders, two official members and one individual on the season ticket waiting list.

The club have been conducting their own analysis to understand the scale of the abuse on social media ahead of this weekend's boycott.

A period of silence on social media platforms, initially announced by a coalition of English football's largest governing bodies and organisations but now spanning across most of the sports industry, will run from 3pm on Friday to 11:59pm on Monday May 3 and is aimed to combat abuse and discrimination.

United found that since September 2019, there has been a 350 per cent increase in abuse directed towards the club's players. Of this abuse, 86 per cent of posts were of a racist nature, while eight per cent were homophobic or transphobic. January 2021 saw a peak of 400 abusive posts recorded. 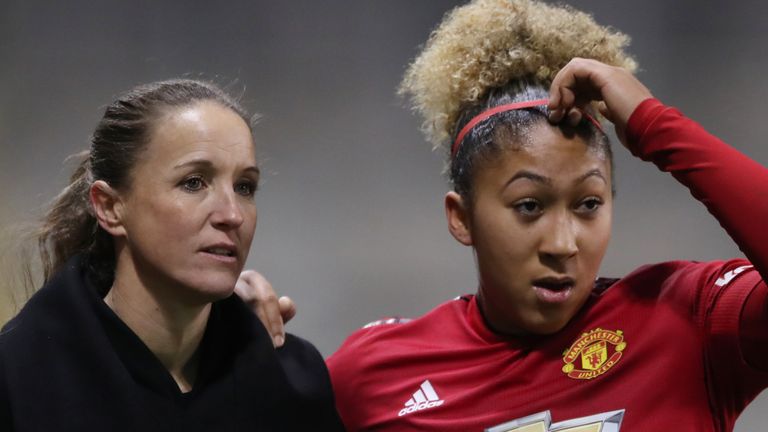 United revealed that the "vast majority of racist posts contained either the N word (and variants on the spelling) or emojis used with racist intent (monkey, chimp, banana, gorilla)."

The study also found that fans are being targeted for abuse on social media with there being a growth in abuse among fans since the summer of 2020, 43 per cent of these abusive posts were racist in nature, with seven per cent being homophobic or transphobic.

Richard Arnold, Group Managing Director, said in a statement: "We have been actively campaigning against discrimination for some time through our All Red All Equal initiative. The level of support we have received for this work from our fans has been hugely encouraging but these figures show that despite that, the level of abuse our players and fans receive is on the up.

"It must be said that while these numbers are shocking, they do only represent a 0.01 per cent of conversations that take place on social media about the club and the players.

"By taking part in this boycott this weekend, we, alongside the rest of English football, want to shine a light on the issue. It will generate debate and discussion and will raise awareness of the levels of abuse our players and our fans receive."

Earlier this month United launched their anti-discrimination campaign, SEE RED, which called on fans to celebrate the contribution of the club's Black and Asian players and to report discriminatory behaviour.

The club has also set up a new online reporting system for fans to use available via manutd.com/seered.

Chelsea have issued an individual with a 10-year ban for posting antisemitic messages online.

The club made the sanction following the conclusion of court proceedings in February and a subsequent internal club investigation.

A statement from the club said: "Everybody at Chelsea is proud to be part of a diverse club. Our players, staff, fans and visitors to the club come from a wide range of backgrounds, including the Jewish community, and we want to ensure everyone feels safe, valued and included. We will not tolerate any behaviour from supporters that threatens that aim.

"More broadly, we are clear that there can be no place in our game, nor our society, for racism, antisemitism, homophobia, sexism or any form of discrimination. In sport, as in wider society, we must create a social media environment where hateful and discriminatory actions are as unacceptable online as they would be on the street.

"As a club, we will continue to take action against individuals or groups who produce or disseminate social media posts that contravene these values."