Axel Tuanzebe: Man Utd keen to extend defender's deal before loaning him out with Raphael Varane set to sign

Axel Tuanzebe's contract at Old Trafford is up next summer - though Manchester United have the option to extend the 23-year-old centre-back's deal by an additional 12 months; the imminent arrival of Raphael Varane from Real Madrid is likely to limit Tuanzebe's game time further

Manchester United will look to extend defender Axel Tuanzebe's contract before potentially allowing him to leave on loan this summer.

Tuanzebe's contract is up next summer - though United have the option to extend the 23-year-old centre-back's deal by an additional 12 months.

The imminent arrival of Raphael Varane from Real Madrid is likely to limit Tuanzebe's game time further, with Harry Maguire, Victor Lindelof and Eric Bailly seemingly ahead of him in the pecking order.

United want to maintain Tuanzebe's value if he goes on loan, with reports claiming Newcastle want to bring him on board ahead of the new season.

United have agreed a fee of £41m with Real Madrid for France defender Varane.

The initial payment for the World Cup winner is believed to be £34m and the deal is set to go through, subject to a medical.

Varane's former club Lens is due compensation in the deal - it is thought those solidarity payments will be met by Real Madrid. As a result, United's initial payment went down.

The timing of Varane's medical is still to be confirmed due to quarantine restrictions. 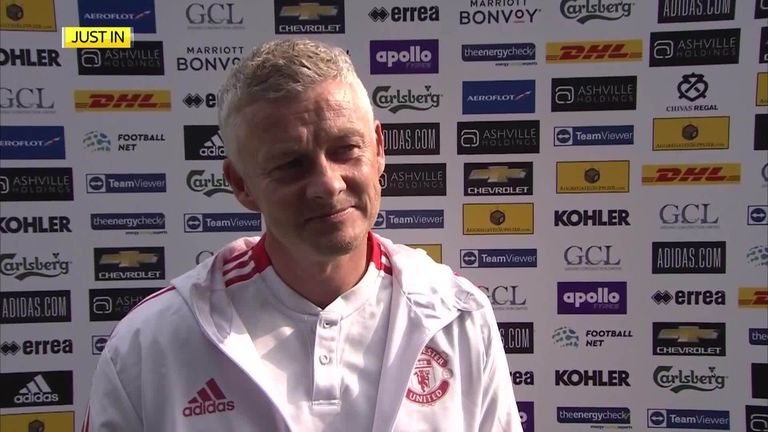 Dharmesh Sheth reports that Paris Saint-Germain are expected to make their interest in Paul Pogba formal in the near future, with the Manchester United midfielder seemingly unlikely to sign a new contract at Old Trafford