Manchester United drew 1-1 with Chelsea in the Premier League; Jadon Sancho's opener was cancelled out by a Jorginho penalty; Ralph Rangnick is set to take charge at United until the end of the season; Roy Keane questions the 'jobs for the boys' recruitment at Man Utd in recent years

Manchester United interim manager Michael Carrick says he is "disappointed" to have drawn with Chelsea, while Roy Keane has questioned United's recruitment within the club.

It was the first Premier League game for United since the departure of Ole Gunnar Solskjaer a week ago, and despite being second best in the first half, Jadon Sancho took advantage of a poor Jorginho error to put the visitors ahead.

However, the Chelsea captain redeemed himself soon after, scoring from the penalty spot. A wayward kick from Aaron Wan-Bissaka on Thiago Silva saw the penalty awarded - a decision which Carrick also disagreed with.

He told Sky Sports: "I'm disappointed actually. When you are in front in a game like this to have it taken away is disappointing. I'm proud of the players and the group all week. In a difficult situation we tried to make the best of it. But there is that little bitter feeling. We came to win the game. A little disappointed, I can't lie.

"I don't think it was a penalty at all. They have had a lot of shots, David had two saves which we knew before the game he would have to make one or two. Other than that I have felt quite comfortable in the game. Of course we want to be better. I am not getting carried away but I thought we defended well. I cannot fault the boys one bit.

"To come away disappointed and to feel like you have left something out there is a positive." 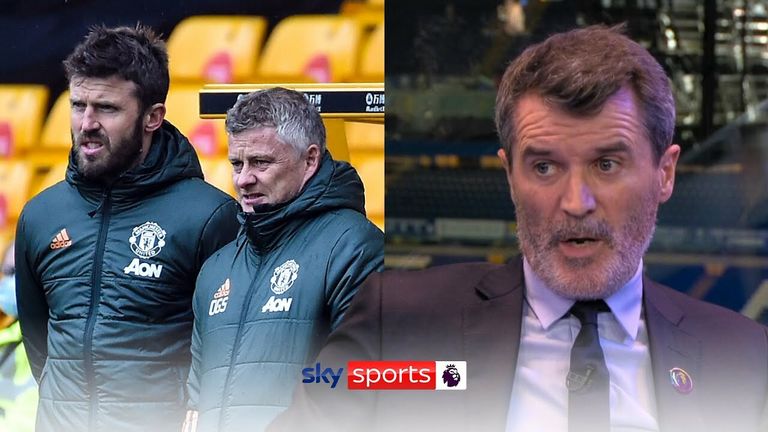 Sky Sports' pundit Roy Keane was critical of Carrick's post-match interview, who has worked as a coach under both Jose Mourinho and Solskjaer..

Keane told Super Sunday: "I disagree with everything he [Carrick] said in that interview. He was talking about the penalty. Of course it was a penalty. We've all looked at it, it's a penalty.

"He talked about the players' efforts, that he was proud of them. He's been working with them for the last few months, he was alongside Ole in the dugout, now all of a sudden, he's proud of them this week and they have a plan… What about the other games they had? Why aren't they making effort or closing players down in the other games?

"We've seen all their stats before the match, when it comes to closing people down, they are the lowest in the league. He's praising players for doing their jobs. He [Carrick] was sat in the dugout with Ole. He was there with [Jose] Mourinho as well. All of a sudden, he's proud of the players this week. They're the same players!

"I wouldn't want all of the staff [to follow Ole out]. Some of them have contracts, Ole might have told them to stay on, some of them have commitments and mortgages. But they have to be held accountable, some of the staff, because they weren't just with Ole, they were with Mourinho before that. Are they going to stay on with the new manager? I wouldn't want them to if they weren't up to the job.

"We hope [that the Rangnick appointment is a breakthrough], we hope so. The proof will be in the pudding over the next few years when we see who comes into the club, and that it's not because you know somebody or have a certain agent. You hope whoever does come into the club starts to make the right decisions, get the right people in for the job, and not because someone might know somebody, or they are a decent guy. 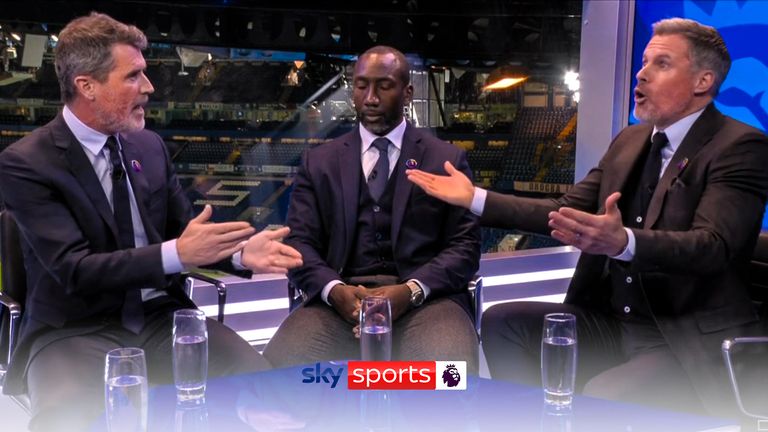 "The idea of loyalty in the game… if you want loyalty, get yourself a dog.

"You've got to go and work with people who are good at their jobs. Having studied Manchester United in recent years, and looked at the changes they are making, I'm not necessarily sure they are getting the right people for the right jobs, the top people."

Reflecting on the 1-1 draw with Chelsea, Keane did praise United for sticking with the task at Stamford Bridge, but still wants more from the team.

"It's a big point to Manchester United because Chelsea were by far the better team. But United were spirited, stuck at it, so they will take a little bit of momentum into their season now. Hopefully they can kick on.

"Lots of changes over the last week, a new manager coming in next week, but there are still huge question marks over a lot of these players. But they deserve credit because they stuck together in what was a spirited performance rather than one of real quality. I said if United were to get anything from the game it would maybe be down to a bit of arrogance from Chelsea, which proved to be the case with the goal.

"To say United played well today, or during the week [is a stretch], but they've got two positive results and that is what you always fall back on, the results. David de Gea's said after the game United fought for everything, but that is what you should be doing every week. It's as if these players pick and choose their moments when they are up for it.

"If you want to play for Manchester United and compete for titles, you do that week in, week out. There was spirit today, and they deserve credit for that, but ultimately you want more." 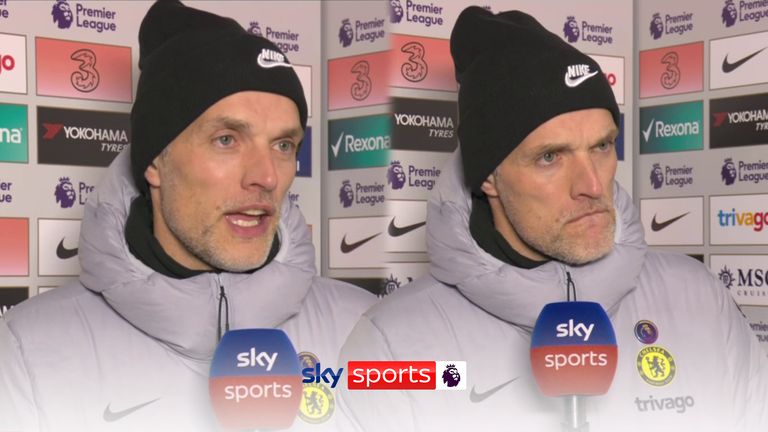 While it may seem like Chelsea have dropped points, head coach Thomas Tuchel was pleased with what he saw from his side - although admitted they did deserve to win.

He told Sky Sports: "I'm absolutely happy. I was happy to coach the team, I saw a huge effort, big intensity, so many ball recoveries in the opponents half, put the pressure up high. We controlled the counter-attacks before they started, we were brave and courageous.

"They defended deep and maybe you need the first goal to open up a bit and gain the last per cent of freedom and confidence to have follow-ups and big chances on goal. If you don't score, you always run a bit behind because you feel like you're the stronger team, you play in the opponents half so we have two or three big chances we should have maybe used.

"It was a very nice piece of play in the last minute between Hakim and a fantastic run of Christian [Pulisic] with a good delivery. It would have been deserved, but we had to live with it."

The top of the Premier League table now sees a two-point gap between Chelsea in first and Liverpool in third, with Man City in between.

Tuchel added: "We cannot be surprised, things like this happen. It has happened twice to us now that we invest so much, we played such good games against Burnley and Man Utd and feel disappointed because we did by far enough and pushed the limits to win these games.

"But over a long season, you drop points and you dig in and you try to steal them back if someone steals points from you. This is what we'll do… We're in the middle of the race and this is where we want to be."

Former Chelsea striker Jimmy Floyd Hasselbaink was also critical of Timo Werner, who started up front with Romelu Lukaku on the bench.

He told Sky Sports: "Werner needed to score, I'm sorry. With the ball, without the ball, he was poor today. Normally he's really sharp with his runs, but they were poor.

"As a No 9 you're going to be judged on the opportunities you get and what you do with it. He was not good enough.

"He needed to score at least two chances, especially the volley he took with the right that he should have taken with his left. He keeps on missing big chances and opportunities. When it is 0-0, 0-1, or 1-1, needs to be put them away."