Chelsea have had a £34m bid for Moussa Dembele rejected, Sky Sports News understands, with Lyon confident of keeping hold of their striker in the transfer window.

The former Celtic forward, who has scored 30 goals since moving to Ligue 1 for £20m 18 months ago, is one of the options Chelsea are weighing up in January.

It was understood Chelsea were willing to pay up to £34m for the 23-year-old, but it would seem they will have to revise their strategy if they want to have any hope of signing the player.

They have their work cut out though with the French club releasing a statement on Thursday outlining their intent not to let Dembele leave.

It read: "Olympique Lyonnais has taken note of certain information relayed by the media suggesting that Moussa Dembele could interest other clubs during this transfer window.

"We would like to reaffirm its wish, as in the summer of 2019, to keep Moussa Dembele.

"The club has full confidence in Moussa and counts in particular on him to build a successful team for the seasons to come."

One source said on Thursday that Chelsea have had a £34m bid rejected. 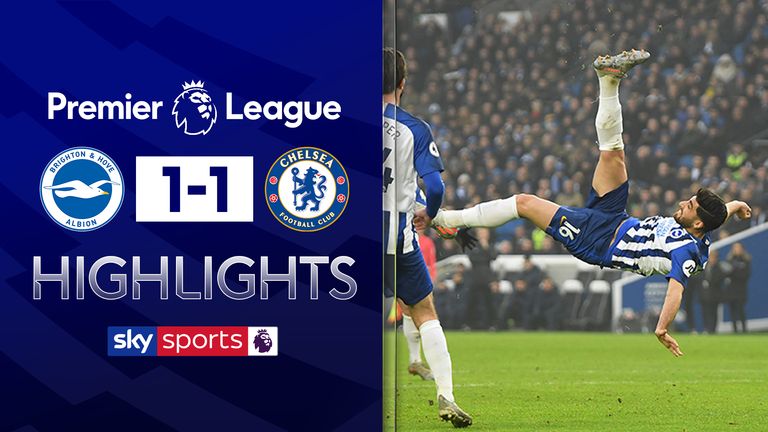 FREE TO WATCH: Highlights from Brighton's win over Chelsea in the Premier League

Olivier Giroud is likely to leave Chelsea during the transfer window and Frank Lampard has been tracking Dembele for some time.

Dembele enjoyed a successful spell with Celtic after joining the club from Fulham in 2016 under former boss Brendan Rodgers.

He won two Scottish Premierships, two League Cups and two Scottish Cups at Parkhead before a move to Lyon in August 2018.

Aston Villa have enquired after Chelsea's Michy Batshuayi on loan, but Sky Sports News understands he is highly unlikely to leave Stamford Bridge and wants to stay and fight for his place under boss Lampard.