Chelsea head coach Frank Lampard: "As it stands Edouard is [the number one] but that's always up for grabs. But the way he's playing I'm very happy"; Registering Petr Cech in Premier League squad was a "no-brainer" adds Lampard

"As it stands he is [the number one] but that's always up for grabs. But the way he's playing I'm very happy. I was pleased with the professional element to the win.

"Seville are a top team in European football, no doubt. The concentration and focus to get the result was big from the team.

"We made a lot of good decisions tonight, so it's a really nice place for us to build from. I think it's a positive result. The clean sheet was a big deal for us."

Out-of-form Kepa Arrizabalaga was dropped to the bench on Mendy's return after another afternoon to forget in Saturday's 3-3 draw with Southampton.

Chelsea were solid against Sevilla if a little uninspiring in attack, though the Blues will be delighted with an improved defensive showing.

Chelsea registered former goalkeeper Petr Cech in their Premier League squad on Tuesday, with the 38-year-old on hand if required in a coronavirus-related emergency.

Cech is still younger than 39-year-old Blues veteran 'keeper Willy Caballero, and is available if required now despite retiring in the summer of 2019.

Chelsea's technical director has been training with the senior squad for several weeks, with Lampard insisting it was a "no-brainer" to add him to the league ranks.

"It's definitely not done for the romance, Pete enjoys the training, that's how he is," said Lampard. 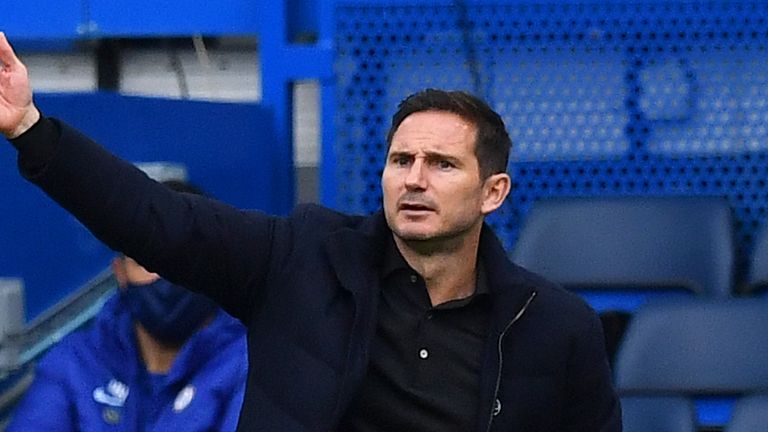 "With Pete it's something I wouldn't expect to happen but with how fit he is if we were in crisis we couldn't have anyone better than Petr Cech around.

"I don't expect him to play, but nobody expected what's happened in the last six or seven months, so that would explain why he's in there. He's invaluable for his experience, passing that onto the goalkeepers.

"We had a space this year, and Covid makes this a year like no other. He's very fit, he's still relatively young, and he finished playing when he possibly could have carried on when he took on the role that he does very well here.

"He trains very regularly and very well. I'm not sure if we'll see him this season, it depends on how things go of course. But it's a total no-brainer to have him in the squad for the reasons of the pandemic and everything that's happened.

"He trains every day, and that can only help the goalkeepers we have, to have one of the best in the recent modern era training with them."