Chelsea are ninth in the Premier League and seven points behind league frontrunners Liverpool having won one of their last six league games; Grant: "What I can say to Frank and the others at the club is be patient, and more than this do whatever is necessary"

Frank Lampard can help turn around Chelsea's poor run of results in the Premier League by being level-headed and demonstrating "fighting spirit", according to the club's former manager Avram Grant.

Expectations were high at the start of Chelsea's 2020/21 campaign after in excess of £200m was spent on transfer window acquisitions, including Timo Werner, Kai Havertz and Hakim Ziyech, but Lampard's position has come under increasing pressure with a 3-1 home defeat against Manchester City constituting their fifth Premier League loss of the season so far.

Grant, who led the Blues to the 2008 Champions League final during his one-season spell as manager at Stamford Bridge, says Lampard's squad has enough quality to improve on their current performances which have seen them slip to ninth in the Premier League table.

Chelsea host Morecambe in the FA Cup third round on Sunday before a west London derby against Fulham on January 15, live on Sky Sports.

"But in the situation like this when things aren't going well you need to be strong, look for solutions and show a lot about your character." 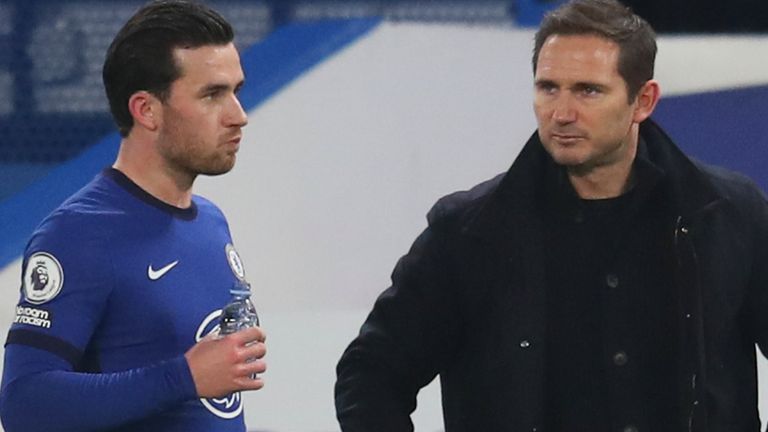 During the 2007/08 campaign when Grant was manager, Lampard scored 20 goals in 40 appearances for Chelsea in all competitions, and Grant has urged his former player to demonstrate the same ability and attitude in the dugout as he did on the pitch that season.

Grant added: "What I can say to Frank and the others at the club is be patient, and more than this do whatever is necessary to do that's for sure. Two things: never lost it even when things are going well, don't lose your fighting spirit at the highest level.

"And second, don't lose what you have here [points at head] you need to think right and look for solutions. If you do that then everything will be okay because the quality is there and there is a potential like there was [at Chelsea] in my time."

After goals from City's Ilkay Gundogan, Phil Foden and Kevin De Bruyne condemned the Blues to their latest setback in the top flight, Sky Sports pundits Roy Keane, Graeme Souness and Micah Richards stated that Lampard might not be given the time he thinks he needs to succeed as a manager at the club where he won three Premier League titles as a player.

Following the defeat against Pep Guardiola's side, Lampard admitted that there would be periods of "pain" this season during a period of transition because of changes to his squad and circumstances with Covid-19, despite Chelsea being tipped as favourites for the title prior to the start of the campaign.

He said: "The reality is that one month ago and at the beginning of the season there was talk over whether we could win the league, but I was pretty sure of the fact of where we were at in terms of the ban and the rebuild and the youth. I knew there would be periods of pain we would go through as a club." 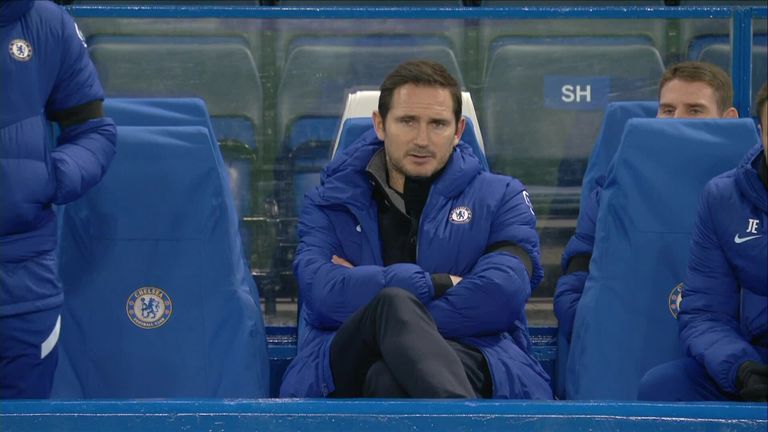 Frank Lampard has played down pressure surrounding his job as Chelsea head coach after a poor run of results, saying he 'always feels the heat'

Carra: Why I won't go to town on Lampard

Jamie Carragher admits he would be tougher with his criticism if another manager was responsible for Chelsea's dip, but refused to add to the mounting pressure on Frank Lampard, instead highlighting a potential lack of experience at the top level.

Carragher labelled Chelsea "mentally fragile" following the manner of their defeat to Manchester City, and the Sky Sports pundit insisted Lampard should be compared to those who came before him.

"Of course it is fair, he's the Chelsea manager," Carragher told Monday Night Football. "Nobody knows Chelsea Football Club, and how ruthless they are with managers, more than Frank Lampard.

"The other managers that came in with CVs, years of experience, having won the big trophies - Jose Mourinho, Guus Hiddink, Carlo Ancelotti, all great managers - I would be more critical of them."