Thomas Tuchel: It's a miracle Chelsea are third despite missing 'our Virgil van Dijk' N'Golo Kante for so much of the season

N'Golo Kante returned to Chelsea's starting line-up for Thursday's 1-1 draw with Leicester but he has endured an injury-hit campaign; Thomas Tuchel: "He is our Mo Salah, he is our Van Dijk, he is our De Bruyne, he is our Neymar, he is our Kylian Mbappe."

Thomas Tuchel says it's a "miracle" Chelsea have secured a third-placed Premier League finish despite being without "key, key, key" player N'Golo Kante for so much of the season.

Kante returned to Tuchel's starting line-up for Chelsea's 1-1 draw with Leicester on Thursday night having missed the previous four games with the latest in a series of injury problems.

The Frenchman is facing an uncertain future at Stamford Bridge with his contract due to expire next summer but Tuchel likened him to Virgil van Dijk, Mohamed Salah and Kevin De Bruyne in terms of his importance to the side in his post-match press conference.

"He is simply that player, the guy who makes the difference and if you only have him 40 per cent of the time it's a huge problem.

"Given that percentage, it's maybe a miracle how consistently we produced results and it puts everything into perspective because I saw Liverpool last season without Van Dijk and they struggled heavily.

"You see the difference. N'Golo is our key player and he needs to be on the pitch."

Kante has suffered various injury issues this season, including groin and knee problems, and asked if he feels Chelsea can find a solution, Tuchel said: "I hope so. It's hard to live with because it's important for him to be there and have the rhythm. 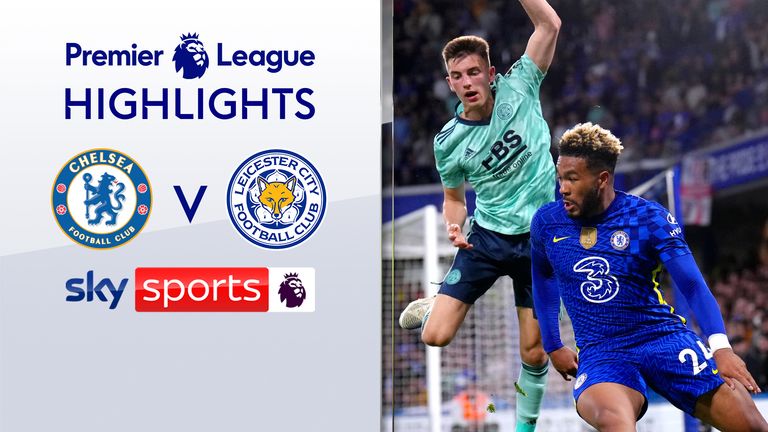 FREE TO WATCH: Highlights from Chelsea's match against Leicester

"I think he played OK tonight but he can play so much better. But when was his last game that he started? It was weeks ago.

"He constantly starts getting rhythm, and once he has rhythm, comes a little injury and he's out again."

"We do everything to solve it and him as well.

"I don't blame him. It's just a concern and it's a fact that we miss him a lot because he brings something that is unique in world football and he has that ability to lift everybody up and make the difference.

"He is one of the very best midfielders in the world."

'We did not take what we deserved' 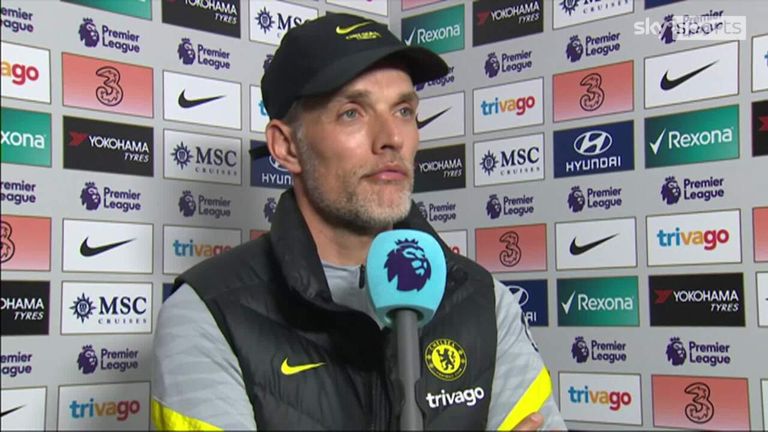 Chelsea's draw with Leicester took them three points clear of Tottenham, effectively confirming a third-place finish due to their vastly superior goal difference, but Tuchel was left to rue their lack of cutting edge as they failed to convert their dominance into goals.

"We were the better team and deserved to win," he said. We needed a point and we got a point. We didn't allow anything. We got punished by a shot from outside the box.

"We created enough to win and didn't allow transitions or chances for Leicester. I'm absolutely fine with the performance. It's a bit like a broken record. We did not take what we deserve.

"But still, today is the day where we secured top three. We had some obstacles to overcome and some circumstances around the club that weren't easy, so full credit to the team.

"It was a huge step in consistency for us. Maybe it doesn't feel like that because the gap is so big to the top two teams. Ok, we have stuff to improve but we accept that."