MNF Extra: Why Mohamed Salah will expect to keep scoring for Liverpool

In-depth look at why Mohamed Salah's scoring record is repeatable

By Adam Bate and Jack Hazzard

Mohamed Salah enjoyed a record-breaking season for Liverpool but how will he fare in 2018/19? With the help of Jamie Carragher, MNF Extra explores the underlying numbers that suggest Salah can show his debut campaign was no flash in the pan.

After scoring 15 league goals for Roma in the season prior to his arrival at Anfield, there was plenty of optimism about what Mohamed Salah might be able to do in a Liverpool shirt. Few expected what followed. Salah was a 66/1 shot to win the Golden Boot before a ball was kicked but he became the first player to score 32 goals in a 38-game Premier League season.

It will not be quite such a shock if Salah goes on another scoring spree this time around but as with Harry Kane before him there seems to be a lingering suspicion that this might have been some sort of freak season, never to be repeated. Salah is not even an out-and-out striker, after all. But this argument is flawed. All evidence suggests his scoring is repeatable. 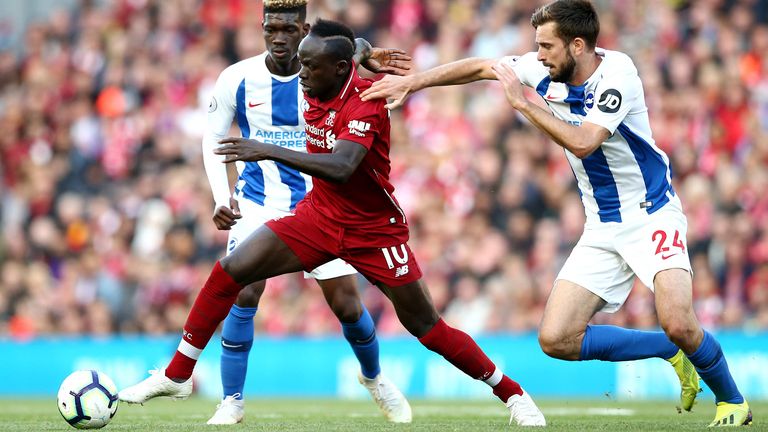 It did not take long to see that Salah was going to score goals for Liverpool - and lots of them. "I remember his first game against Watford," Jamie Carragher tells MNF Extra. "It finished 3-3 and he scored but he had so many other chances and with the positions that he took up I think I said on the next Monday Night Football that he was going to score 25 goals."

The reason for such conviction was not that Salah did the spectacular, although the long-distance lob in the 4-3 win over Manchester City certainly came under that category. What was really impressive was that he found himself in dangerous positions time and time again. It is the curious thing about Salah - he actually misses a lot of good chances.

Opta defines a big chance as a situation where a player should reasonably be expected to score, usually in a one-on-one scenario or from very close range. It is perhaps no surprise Christian Benteke was high on the list with 20 big chances missed last season but there was one man with more. Salah missed 23. He could have scored even more goals.

Crucially, despite missing the most clear-cut chances of any Premier League player, Salah still boasted a conversion rate that was almost identical to that of Manchester City's Sergio Aguero last season. It was not that his finishing was poor, it was just that Salah managed to find himself on the end of an unusual number of opportunities to score goals.

Salah had 144 shots last season, second only to Kane. While the England captain had 40 more in total, almost all of that difference could be explained by shots from outside the penalty box. In fact, Kane had exactly twice as many shots from outside the area - 62 to 31. Salah, meanwhile, had more touches of the ball than anyone else inside the penalty box.

Opta's expected-goals model factors in the quality of chances as well as the volume of them. Those numbers indicate that Salah was expected to score 23 goals last season. In other words, although Salah did find the net more than might have been predicted, even if he had been finishing his chances as expected he would still have outscored everyone except Kane.

"The numbers for expected goals and touches in the box just prove that it is the positions that he takes up and the runs that he makes," says Carragher. "It is not set in stone who should be picking him up. Is it the full-back or the centre-back? Teams have played three at the back against Liverpool and not had much success. It's just not easy with his positioning."

He cannot be stopped

Any suggestion that Salah could be stifled by the special attention from opponents after last season's heroics does not really stand up to scrutiny anyway. Premier League defences were well aware of his potency during the second half of the campaign but Salah's numbers actually went up across the board. Seventeen of his 32 goals came after Christmas.

While the opposition knew about the threat, they could not stop it. Salah averaged more shots per 90 minutes during the second half of the season and had more touches in the opposition box too. He even provided more assists for his team-mates. The way he cut inside to slot home the winner against Brighton suggests there is more of the same to come.

"You can talk about stopping players but the one thing that you cannot stop a player doing is running," explains Carragher. "He makes great diagonal runs in that left channel between the centre-back and left-back and he's quicker than most defenders. He is not wide, he is very narrow and it ensures that he is always in position to score. It is no flash in the pan."

While the Premier League table might take some time to sort itself out, the striking thing about Salah's statistics is that he has already taken up residency at the top of many of the same lists as last season. As well as his two goals in the first three games, nobody has had more shots this season and no player has had as many touches in the opposition box.

The result is that Salah's expected-goals tally is higher than anybody else yet again this season - just clear of Aguero. Salah's confidence is high, he is settled and he is adored by the Liverpool supporters. While his opponents know about him, so do his team-mates. There are some new ones to play with who could help him to score even more too.

Naby Keita's brilliant bit of skill that saw him split the Crystal Palace defence might have brought Salah a goal had he not chipped the ball over the bar. But it was an encouraging sign nonetheless. "Keita played that fantastic ball against Crystal Palace but think of the position of Salah," says Carragher. "He was not out wide, he was in that central position."

System set up for him

While Jurgen Klopp is famous for the work ethic he demands of his players, even he appears willing to tweak the system in order to indulge Salah. Speaking to reporters earlier this month, Klopp acknowledged that hard-working striker Roberto Firmino is almost a midfielder in this setup. So too is Sadio Mane. It is Salah who is the real striker.

"We have a very strange 4-5-1 formation with Sadio as a midfielder, Bobby being a midfielder, more or less, and Mo being a striker, even though he plays in a little different position," said Klopp. The average position data supports that claim - Salah is Liverpool's most advanced player. "It was a really interesting thing for Klopp to say," adds Carragher.

"I think he allows Salah to be the one man in his team who does not have to come back constantly. Firmino and Mane come back, but Klopp gives Salah the leeway because he is scoring 30 or 40 goals a season. He knows what he can do on the counter-attack when there is a turnover in possession. He is not playing as a winger, he is sort of a wide striker."

So what happens next?

In conclusion, there is little reason to think Salah's tally will fall dramatically. Of course, last season was historic. On the previous nine occasions that a player hit 30 or more in the Premier League, they went on to score fewer goals in eight of the following seasons. But every single one still scored at least 14 goals. Six times out of nine the 20-goal mark was beaten again.

Even if Salah scores half as many Premier League goals in the current campaign, it would still match or better the efforts of Romelu Lukaku, Alvaro Morata and Alexandre Lacazette last season - a trio of strikers who were signed by Liverpool's rivals a year ago for a combined fee in excess of £180m. It is an indication of the level at which Salah is operating.

The more likely scenario is that Liverpool's 'wide striker' is up there among the top scorers again. "I think he is a player who will consistently score 25 or more goals in a season," says Carragher. The volume and quality of his chances, coupled with the support of his manager and team-mates, would suggest that Salah is well placed to deliver again and again.

Jeff has given away £1.25m over the last week. Enter your predictions for free here.