PSG forward also discusses winning the Ballon d'Or, saying it "is not something that keeps me awake at night"

Kylian Mbappe has revealed how impressed he has been by Liverpool this season, saying Jurgen Klopp has turned them into a "ruthless machine".

The Reds have dominated the 2019/20 Premier League, and sat 25 points ahead of second-placed Manchester City when the competition was halted due to coronavirus in March.

Liverpool's success has impressed Mbappe, who has been taking note from France, where his PSG side were declared champions for the seventh time in eight years after the season was curtailed.

He told The Mirror: "This season Liverpool have been a machine in the Premier League. They have made winning look easy - but the truth is that is never easy.

"To be as ruthless as they have been would come from having a very good manager and lots of hard work in training. Performances like they have been having don't just happen."

The 21-year-old is no stranger to success himself, having already won four French titles, a French Cup, a French League Cup, as well as the World Cup with France in 2018.

Mbappe finished fourth in the vote for the Ballon d'Or that year, but he says climbing to the top of that podium to claim football's biggest individual honour is not one of his priorities. 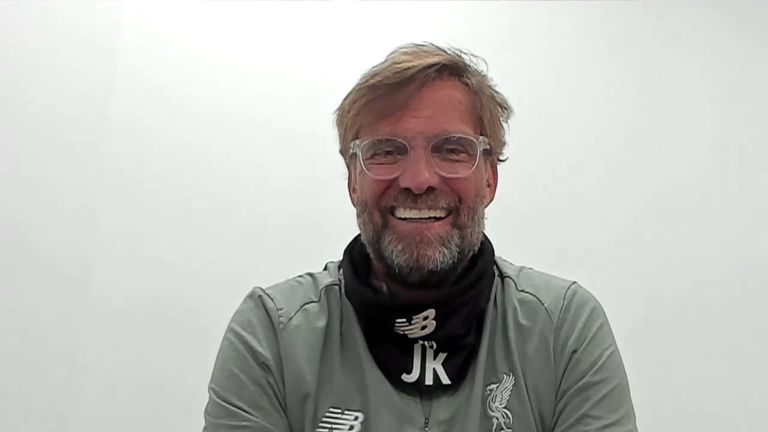 Jurgen Klopp joked that the return of football will give Gary Neville a chance to have some time off!

"It would be nice to win - but it is not something that keeps me awake at night," he said. "I don't think I have to win it next season or the season after - there is no time limit I have put on it.

"Always I will put PSG and the national team as my priority - then if personal honours come from my performances then it is a bonus."

Analysis: How can Liverpool improve?

'Liverpool have not even had the chance to wrap up that first league title in 30 years yet but such is the capacity for football to throw things forward - even when at a standstill - that it feels natural for thoughts to turn to how Jurgen Klopp's side might be able to improve.

'Not easy with a team that was on course to break the Premier League points record...'