Robertson: "I believe that the referees are relying on VAR, but then VAR isn't overturning any decisions, so we are stuck in limbo." 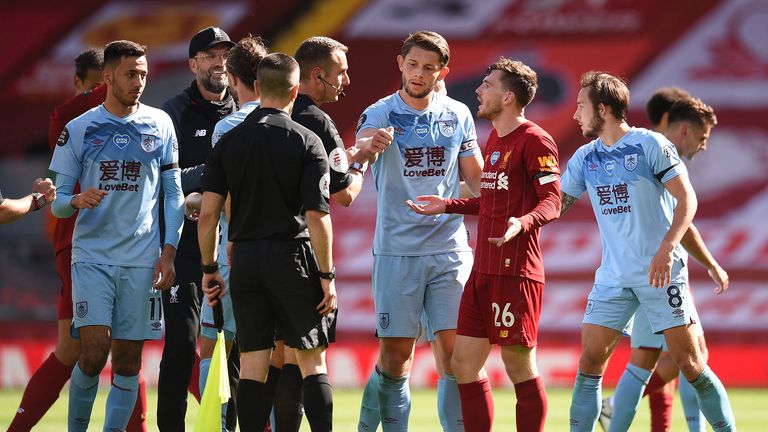 Liverpool defender Andrew Robertson has criticised recent VAR decisions in the Premier League and says it has put footballers in "limbo".

The 26-year-old Scotland international says he is still "scratching his head" that Liverpool were not awarded a penalty in their 1-1 draw with Burnley - after he went down inside the box under a challenge by Johann Berg Gudmundsson - and feels it is not the only call VAR has got wrong recently.

In our latest edition of Ref Watch, former Premier League referee Dermot Gallagher had several VAR incidents to assess from the last week, such as Tottenham being refused a first-half penalty against Bournemouth and Manchester United being awarded a contentious spot-kick at Aston Villa.

"I believe that the referees are relying on VAR, but then VAR isn't overturning any decisions, so we are stuck in limbo. I'd prefer not to have it and just let the referee call it. If the referee called it, you'd say 'OK, he's seen it differently'.

"But the fact we have about 40 cameras and 40 different angles, I believe the decisions should be right." 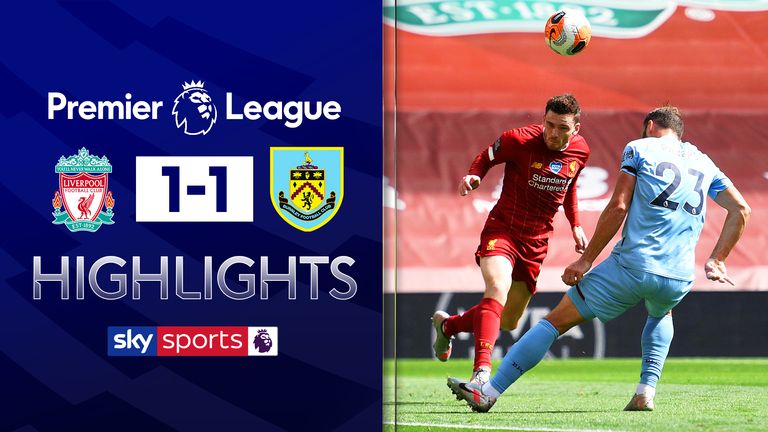 FREE TO WATCH: Highlights from the 1-1 draw between Liverpool and Burnley

Robertson, speaking specifically about VAR's call to not award Liverpool a penalty against Burnley at Anfield on Saturday, added: "I still believe the decision was wrong.

"Obviously I've seen the video circulate since, and I shouldn't have used the language that I did, but we were in a high-pressured game and emotions were on the line.

"I spoke to the referee and the officials in the tunnel after, and he explained what he thought he had seen - I respected that, not all referees do that - so fair play to him but I still thought he was in the wrong and that it was a penalty.

"That's what we believe VAR was brought in to do [to change the decision]. For me, how that's not a penalty, I still scratch my head over it."

Watch Arsenal vs Liverpool live on Sky Sports Premier League and Main Event from 8pm on Wednesday, July 15 with kick-off at 8.15pm.