Arsenal midfielder Dani Ceballos is determined to show new boss Mikel Arteta that he is good enough to start for the Gunners.

Ceballos, who joined on a season-long loan from Real Madrid last summer, has only played once under Arteta since injuring his hamstring in November.

The attacking midfielder featured in Arsenal's first 11 league matches and is now determined to play a key part in the club's pursuit of European qualification.

"Mikel will be a brilliant coach. He has learned from Pep (Guardiola), he has a philosophy of play which I think I fit perfectly," Ceballos told Marca.

"It's true he arrived in a difficult situation of the club, but mentally he's exactly the kind of coach Arsenal need right now.

"I've been working with him for around two weeks and now I have to show him I'm good enough to play for Arsenal. After the winter break I will be important."

The Spain international felt angry that he was not able to have an impact under former coach Unai Emery, who was sacked at the end of November after 18 months in charge of Arsenal.

"I feel impotent and angry at not having been able to help the coach (Emery) to help return everything he had done for me," Ceballos added.

There were reports in the Spanish media of a proposed move to Valencia during the January transfer window but Ceballos denied he had been close to cutting his loan move with Arsenal short.

"It seems like something silly but Arsenal fans had a song for me, there are only three or four players in the team who have their own song and they have been here for years," the 23-year-old said.

"I feel loved here, each time I play at the Emirates or go out to warm up, the fans are always supporting me."

Bellerin: Things are changing under Arteta

Arsenal vice-captain Hector Bellerin says things are changing under Arteta, but the players are still getting used to the new boss.

"Every single coach that comes tries to implement their own ideas and from the few games that we've played, you can see from the inside and outside of the pitch that things are changing," said Bellerin, during their warm-weather camp in Dubai. 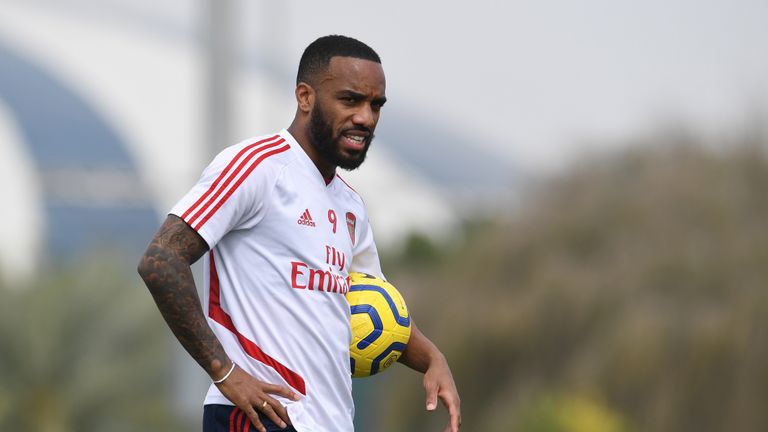 "Some of us [are] still get in getting used to it. On the pitch, I think every game we're getting better. The idea is every day more clear. And I think people are enjoying watching us more every day.''

Arsenal are currently 10th in the league table and since taking charge from interim head coach Freddie Ljungberg in December, Arteta has guided the team to two FA Cup wins but just one Premier League victory in nine matches.

"In the end, Arsenal are a club that must always be on top," Bellerin added.

"In life and in football there are always highs and lows and we must work in order to make the lows as short as possible and to get back on top.

"I think that given the way we are training and playing now with Mikel (Arteta), we can make that quicker than before."