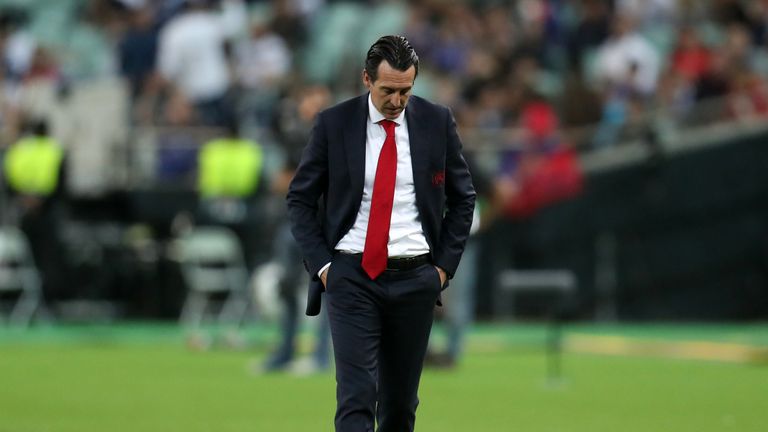 Paul Merson gives his verdict on Unai Emery's comments about Arsenal's players, where Mikel Arteta is improving things and why Chris Wilder could be named Manager of the Year ahead of Jurgen Klopp.

I don't like it when a manager comes into a club and says all the players aren't fit enough. That's having a dig at the old manager, I don't like it. When the players start saying, 'it's better here now, it's more fun' - nah.

I believe what Unai Emery was saying about the team, because they shouldn't be where they are with the quality of players they have, and the results they've had, they weren't doing the right things, no doubt about that. Mesut Ozil wasn't playing before, fine, but when a new manager's playing you, don't say anything.

It was always going to be a hard job for Emery. The defence wasn't good from the word go. It's all about clean sheets. We've seen with Mikel Arteta, the moment the window opened he brought in two defenders. But I found it hard watching Arsenal under Emery. I thought it was soft, like watching Arsene Wenger's teams, and at least now they're not getting dominated and bullied by Burnley. Against Leeds they got battered in the FA Cup in the first half, Arteta gets them in and says what he wants and they absolutely dominate the second half and could've won by a lot of goals - that tells me something, when managers can turn things around like he did and players listen.

Arteta's not going to come in and tell Ozil how to play a pass, but Arsenal have been the worst team in the Premier League without the ball over the last 10 years and that's what he's trying to change. 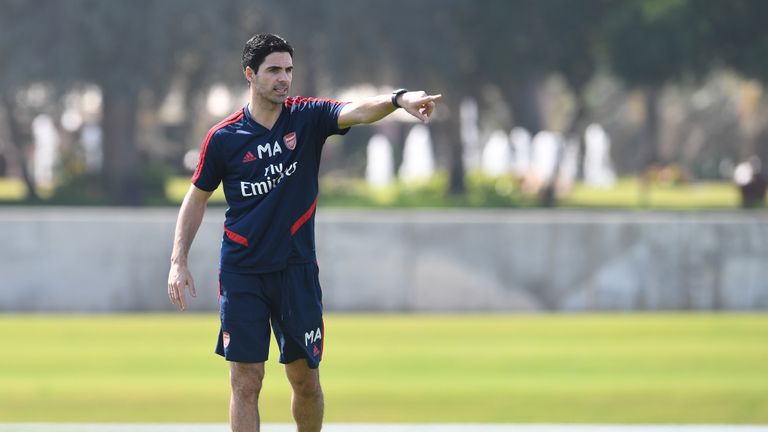 Hard work is all it is. Ask any football fan what they want, and all they want is players to get on that pitch and work their socks off. I played against one of the best teams of all time in AC Milan. Baresi, Maldini, all that lot. You couldn't believe how hard they worked. They were world-class players, but they worked even harder.

I thought Pierre-Emerick Aubameyang would be about 31, 32 when he left, and if I was Arsenal I'd keep him in the summer. I'd keep him and say, you know what, give him what you can next year and get us into the Champions League and you can go for free. It's hard to buy goals, and he's a natural scorer. Gabriel Martinelli could be a top player and I like him, but if I keep Aubameyang I've got 15-20 goals, and that's some doing. To ask Martinelli to come in and do that, you couldn't ask that. We think these players are 22 or 23, but at 18 to do it in this league, I'm a big fan of his, it's just all about timing. 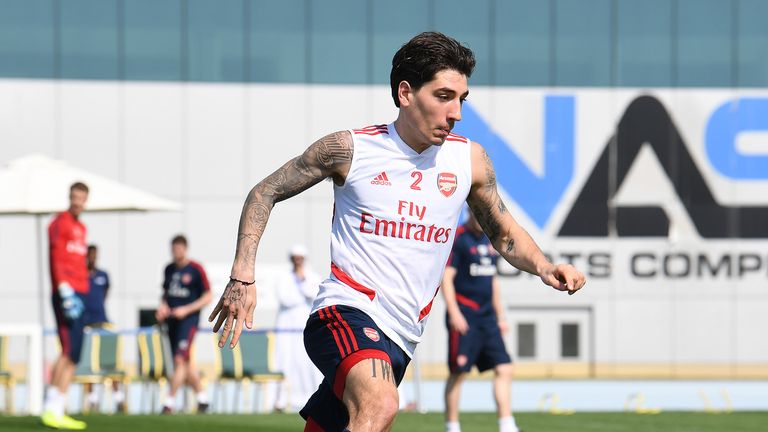 You don't know what they're going to do with the Europa League, they'll have to do a Manchester United. It's hard this year, no disrespect but when United won it it wasn't that difficult, and there's some good teams left in it this season.

Wilder over Klopp for Manager of the Year? FREE TO WATCH: Highlights from Sheffield United's win against Bournemouth in the Premier League

Sheffield United are in there. What I like about them, everywhere they go they have a go - I saw them take the game to Tottenham, they do it to everyone they've played. If they get into Europe, they deserve it. I know what Jurgen Klopp's done this season, and no disrespect to him but he's got special players.

If Chris Wilder gets Sheffield United into Europe, he deserves Manager of the Year for me. You've got to work out what you're working with, and they were one of the favourites to get relegated - but at the moment, phenomenal.

When Leicester won the Premier League, no one ever thought they'd do it again and dominate football for five or six years, but if Sheffield United get into Europe they'll be able to bring in a better quality of player. That's no disrespect to them; the way they play, there's only a certain type of player who can play like that. I mean that with a lot of respect. You've got to be hard-working, you can't be one of them, 'give me the ball and I'll make things happen', you've got to work your socks off.

They've gone into the window and paid £22m for a player. They've got the right to do that because of the position they're in. West Ham have gone and done it and taken a chance, but it's hard for teams down the bottom to do it.

I think they're thinking for the future, and doing well means they can bring in that better type of player, because they'll come in while they're flying. You don't want to go there and think, 'they'll be in a relegation battle and we're not going to get the ball'. You've only got to watch them play - who wouldn't go there? I don't see them going anywhere and hanging on, booting the ball away and taking a 2-0 defeat. Fair play to them.

The games are ticking away, they've got three or four nice games, I say nice games but there's no easy games, but they're games they can win. You've got Chelsea playing Manchester United and Tottenham in their next two home games, before you know it the league changes and someone's going to drop points. Before you know it, you could end with six or seven games to go, and they're in the driving seat for Europe.

It's not a fluke - when Chris Wilder was at Northampton and Oxford, he's performed miracles everywhere he's been. I watched Sheffield United play Arsenal at home earlier this season, and thinking 'how is this man not manager of Arsenal'. With everything going on, why not go and get that. But the problem is, with players on £350k, £250k a week, you're asking them to go and chase them down in the corners.