Bukayo Saka: Mikel Arteta says it is down to Arsenal to sort teenager's contract renewal 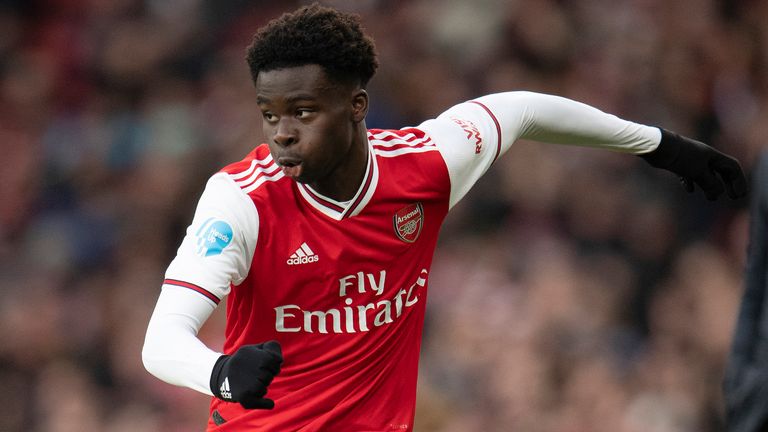 Arsenal head coach Mikel Arteta says it is down to the club to sort out Bukayo Saka's contract situation while he concentrates on getting the best out of the teenager on the pitch.

The 18-year-old has become the Gunners' first-choice left-back under Mikel Arteta, despite his desire to play in his natural winger role.

He earned plaudits with his performance in the 4-0 win over Newcastle and registered the match-winning assist away to Olympiacos in the Europa League - his ninth assist of the season, more than any other Arsenal player.

Saka is out of contract next summer and has already revealed he is leaving talks to extend his stay at the Emirates to his representatives.

"That is something the club has to get sorted," Arteta told Sky Sports News.

"My priority is that he continues to play like he is doing and he keeps developing. He is always asking the right questions.

"He is a very brave guy. Every time he gets into the final third, he is trying to cause problems for the opponent. He deserves these chances, he is doing very well and that's why he is in the team.

"He's great for the club. If we can get players from the academy and give them real chances even when we have other people fit, it shows we believe in them. He's responded well."

'I put trust in Mustafi'

Shkodran Mustafi is another player who was recently considering his future at the Emirates Stadium after being exiled from the first-team squad and told he can leave by previous manager Unai Emery.

Arteta re-introduced Mustafi into his team, partly due to injuries, and the player has now indicated he sees a future for himself at Arsenal.

"I put my trust in him, I speak to him and try to understand what was happening," Arteta revealed.

"I try to give [my players] answers and solutions and then it up to the players. It is not me that plays, it is him that makes the effort and the decisions. So far he has been really good."

Arteta comes up against another of his former clubs in Everton on Sunday, live on Sky Sports Premier League. 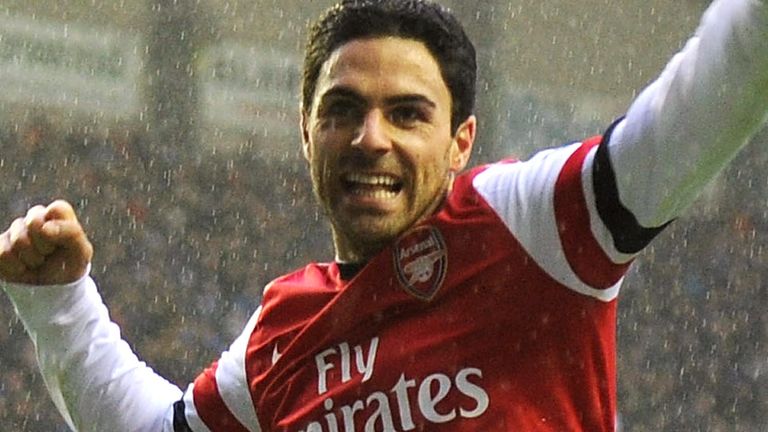 As Arsenal manager Arteta prepares to face his former club Everton live on Super Sunday, we take a look at his five best goals for each club

The Spaniard says he still has a great connection with the Toffees and spoke of his admiration for his opposite number Carlo Ancelotti, who took over at Goodison Park at the same time as he was installed as Arsenal's new head coach in December 2019.

"It's always very special [going back to Everton], I spent seven years of my life there," he said.

"I had incredible support from the fans and there are people that I am still in contact with, people that I love and have great memories with."

When asked to compare how he has fared with Ancelotti's start at Everton, he said: "I don't like to compare [myself to Ancelotti]. I think there are different fixtures, different calendars and different moments for the teams. I just try to do my best for the club, as well as him, and nothing more.

"I had no doubts [Ancelotti would succeed at Everton]. I have a big admiration for him as a manager, you just have to look at his CV and his career to be amazed at what he has done in the game. Not just as a professional either, the person [he is] says a lot.

"All the players that I've had that played for him speak highly of him and that is no coincidence."