Edu on investment from Arsenal ownership: "When I showed my plan to them, they were so excited, they understand the plan and pressed the green button......it is not easy to invest a lot of money in this period of time"

Arsenal's technical director Edu has revealed the club's Deadline Day signing of Thomas Partey was the culmination of a long-term recruitment plan.

Arsenal signed the Ghana international from Atletico Madrid on Monday after meeting his £45m release clause on the final day of the summer window.

Edu confirmed Partey was a target for Arsenal when they first drew up their recruitment plan at the beginning of the year.

"One day I would like to show the fans how we work, or how we worked, because if you saw my plan six or seven months ago when I did it with Mikel (Arteta), Thomas was there already," he told the club's website.

"So you see how many months we had to try to find the right player for the club.

Edu, who was a midfielder in Arsenal's 'Invincibles' in 2003/04, also revealed how investment from club owner Stan Kroenke allowed Arsenal to arrange the financial package needed to sign Partey. 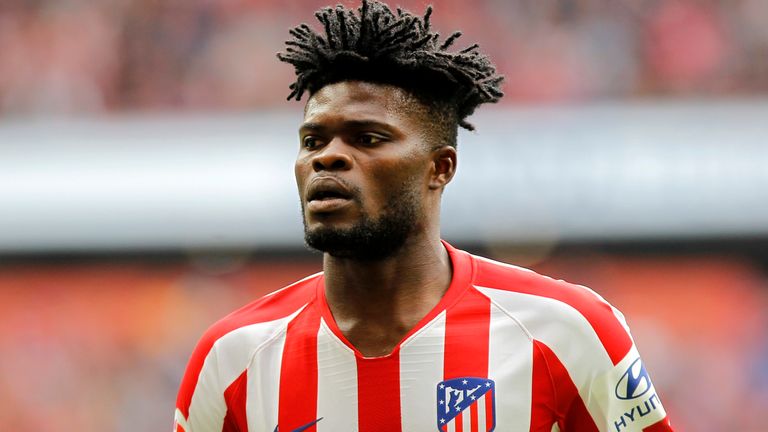 "To be fair, it is a huge investment for this moment which we are in now and of course we need the green light from them," he said.

"When I showed my plan to them, they were so excited, they understand the plan and pressed the green button and then I felt very, very confident because it is not easy to invest a lot of money in this period of time."

Analysis: The rise of Thomas Partey

Arsenal have completed a £45m deal to sign Thomas Partey from Atletico Madrid. Here, his former coaches tell Sky Sports how he became a key figure under Diego Simeone and why he is a special talent who is "not just a defensive midfielder".

The play on words - fiesta means party in Spanish - immediately endeared him to his new colleagues. "Whenever our paths crossed in the years after that, he would always say that same thing and laugh," Jose Luis Oltra, Mallorca's manager at the time, chuckles down the phone. But it was Partey's footballing ability that made the most lasting impression.