To mark Arsenal's support for Rainbow Laces, Hector Bellerin joins Gay Gooners members Joe White and Carl Fearn and also Sky Sports' Pat Davison for a chat about Pride, privilege, and the importance of being a good team-mate 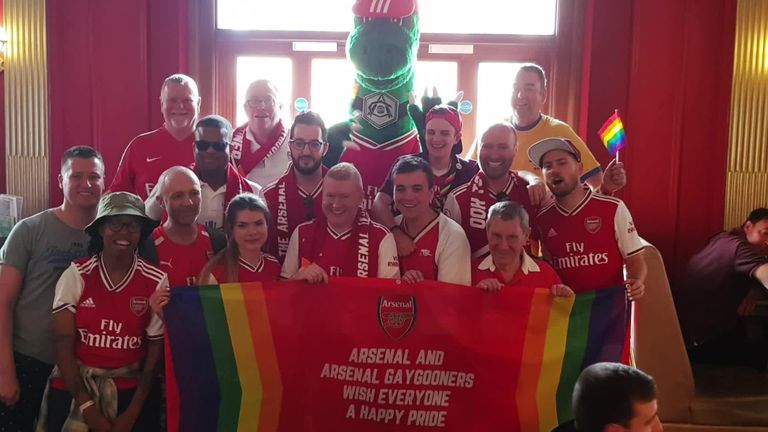 Hector Bellerin says professional footballers should help to "break down barriers" that continue to affect both their fellow players and fans.

The Spain international right-back, who has been with Arsenal since 2011, was chatting to two members of Arsenal's LGBT+ and allies supporters group Gay Gooners to mark the club's support of Stonewall's Rainbow Laces campaign, which is currently receiving its annual activation across British sport.

Gay Gooners was founded over seven years ago and now consists of nearly 1,000 fans who attend matches together and communicate with each other regularly.

Representing the group, Joe White and Carl Fearn joined the video call set up by Arsenal and Sky Sports, and shared their stories of being passionate supporters, and also their coming-out journeys.

Bellerin was asked by reporter Pat Davison about a post he shared to his Instagram story in summer 2019 which featured Gay Gooners fans at the Pride in London parade, with one wearing a shirt bearing his name and number.

"I thought it was really cool," said the 25-year-old. "I'm not afraid to help in any way I can. I love it when someone wears my shirt and wears it proudly."

The defender often uses his platform to speak out about social justice and other causes, and was able to empathise with some of the negative experiences LGBT+ fans such as Joe and Carl might encounter on matchdays or on social media.

"About the abuse, I experienced it myself," said Bellerin. "When I had my long hair, I had homophobic abuse.

"Football is rooted in a very masculine culture. It's very toxic at times. But society in the 21st century is not how it was 20 or 30 years ago.

"The world is evolving and we need to accept everyone the way they are. It's a way for us to be happier."

In a 2018 interview, Bellerin detailed some of the abuse he has received and also shared his view that it might be "impossible" for a male professional footballer who is gay or bi and who wanted to come out publicly to feel safe to do so.

Asked if he still felt the same, he replied: "I haven't seen much change in that respect, personally. Nowadays as footballers we are very scrutinised, and we are put under so much pressure and we're watched - every single move, on and off the pitch.

"If a gay player came out, he would have a lot of support from loads of players and fans, but also there would be a big part that wouldn't.

"Sometimes when we look at our social media, the negative stuff always hurts more than the support.

"We should be the ones helping to break those barriers because we're privileged. I'm a straight, white guy and in the situation that I am, I have a lot of privilege. I will keep supporting you, the team is behind you."

In the video call, Joe - who is non-binary - explains how they became an Arsenal fan through their father but saw the relationship stall for a number of years when Joe came out.

Having the fans' group was a vital support structure. "Gay Gooners feels like a family. There's a lot in the LGBT+ community about the family that you get to choose, and Arsenal is one of those families."

Joe and their dad have long since reconnected and Joe now counts him as one of their "biggest advocates".

For Carl, it was a very different journey. "I fell into society's expectations and I got married. It didn't work out.

"I came out in 2005 and it was an enormous relief off my shoulders but a tremendous weight onto other people's shoulders, and I've always been very conscious of that. But I was able to be me."

He didn't start attending games until he was in his 50s. "It wasn't really until I joined the Gay Gooners that I was able to express myself comfortably and do something I'd always been very interested in but never been brave enough to take part in, which was to attend football matches. It's had a profound impact on my life." 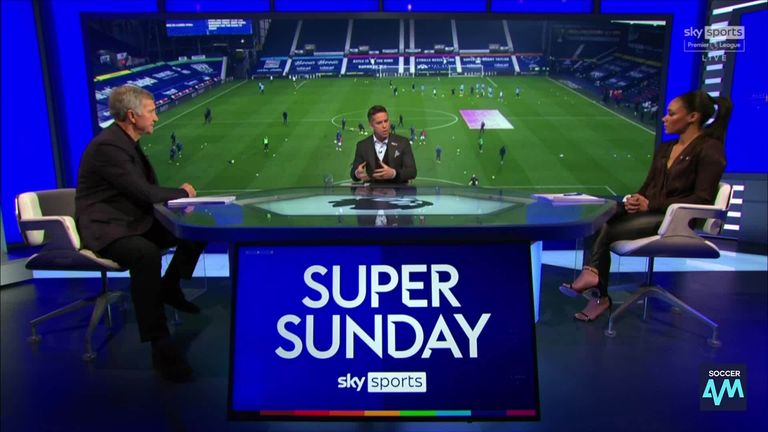 Carl believes being part of an LGBT+ and allies supporters group - there are now over 50 across British football, with many working closely alongside their club's diversity and inclusion teams - can be vital for any fan who is looking for a sense of community.

"The Gay Gooners have certainly helped in welcoming me, and it's also just the connection before and after the game - if anybody was listening to us after a game, when we're analysing the game, crying into our beer or are celebrating, we're just Arsenal fans."