Ben White to Arsenal: Brighton defender can add a new dimension for Mikel Arteta's side

Many supporters had wanted to see the returning William Saliba given a chance to fill that void, only for the defender to join Marseille on a season-long loan, but Arteta evidently favours White and there can be no disputing the 23-year-old's calibre.

He showed it at Brighton last season, starting all but two of their Premier League games under Graham Potter having made a similarly positive impression on Marcelo Bielsa a year earlier.

The Leeds manager was desperate to sign him permanently after he played every minute of their promotion-winning Championship campaign, but the club's offers - worth as much as £25m - were knocked back. White's value has doubled since.

Potter and Bielsa, like Arteta, are committed to playing out from the back and the same is true of Gareth Southgate, who fast-tracked White into the England squad ahead of Euro 2020 and is said to regard him as a key figure in the future of the national side.

White's burgeoning reputation has a lot to do with his outstanding technical ability.

He is excellent on the ball and boasts a fine range of passing. His composure and confidence in possession are such that Potter and Bielsa have even used him in central midfield. He is also capable of playing at right-back or at wing-back.

That versatility is another part of the attraction for Arsenal - as it was for Southgate, who cited his "flexibility" after calling him up - but it is in his natural position, as a right-sided centre-back in a back three or four, that he will be needed at the Emirates.

Arsenal previously looked to David Luiz to initiate their attacks from that position, playing through opposition lines and picking out attacking players in dangerous areas. But it will now fall to White to take on that responsibility and he is well equipped for the task.

In fact, despite averaging fewer passes per game than his Arsenal counterparts last season, White played a notably higher percentage of his passes forward. It reflects his willingness to send his team on to the attack rather than simply recycle possession.

In the first half of last season at Brighton, his service allowed Tariq Lamptey to shine at right wing-back. Then, following the youngster's injury, White created a supply line for midfielders Pascal Gross and Yves Bissouma and even Leandro Trossard ahead of them.

In fact, one of his most eye-catching qualities, and one which is practically unique among central defenders in the Premier League, is his ability to dribble the ball out of defence.

Last season, White completed more successful dribbles than any other central defender in the division and his numbers for carries, defined by Opta as movements with the ball of five metres or more in distance, were even more impressive.

Indeed, White ranked top for carries with take ons, according to Opta, with his total of 18 nearly twice as high as any other central defender. By committing players in his own half, he is able to destabilise opponents and create space for others to exploit.

White's dribbling is facilitated by his athletic profile as well as his technical skill. The defender is strong in the duel and boasts impressive pace and acceleration. Together with his close control, those attributes help him glide past opponents.

They will also appeal to Arsenal in a defensive sense. Arteta favours a high line, much like his mentor Pep Guardiola, but a lack of pace among his existing centre-back options leaves Arsenal vulnerable in behind. White's recovery speed could change that.

So too could his ability to read the game. White is relatively inexperienced at 23, but he is always alert to danger - he averaged more interceptions per 90 minutes than any of Arsenal centre-backs last season - and always aware of what's going on around him.

Another crucial difference with Luiz, the man he will be replacing at Arsenal, is that he rarely makes mistakes.

In fact, in 82 league appearances for Brighton and Leeds over the last two seasons, White has not made a single error leading to an opposition shot, according to Opta. Luiz, by contrast, has made four in 53 appearances in the same time frame. 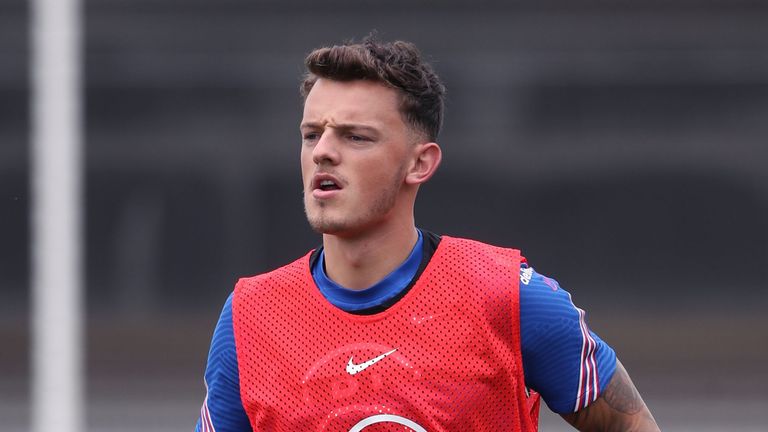 Former managers and team-mates chart Ben White's rise through the lower leagues as the defender closes in on a move from Brighton to Arsenal.

White is a distinctly modern centre-back but he is also robust - "he has got that athleticism where he can just play, play, play," said Potter last season - and uncompromising in the tackle.

His loan spells helped him to develop those physical attributes. Before Leeds, White spent time with Peterborough in League One and Newport County in League Two, working his way up the footballing pyramid, experiencing different playing styles and approaches, and impressing everyone he worked with.

It is not unusual, of course, for former coaches and team-mates to say they always saw a player's rise to prominence as an inevitability after the fact.

But it is telling that Newport manager Michael Flynn was championing White as a future England international only a few weeks into his loan spell at Rodney Parade back in 2017.

"I don't like putting pressure on people, but I'll be surprised if he doesn't get a full international cap," he said at the time. Flynn later described White as the best loan signing in the club's history. "I wish I could clone him," he joked.

White's loan spells steeled him for the challenges ahead and when he finally returned to his boyhood club at the start of last season, he was more than ready to make an impact.

Brighton finished 16th in the Premier League but defensively they were one of the best sides in the division, keeping 12 clean sheets - the same number as Liverpool and Arsenal - and conceding 46 goals - only two more than second-placed Manchester United. All with White playing more minutes than any other player.

From Arsenal's perspective, there is of course an element of risk to the deal. The £50m fee represents a huge outlay on someone with only one season of top-flight experience behind him.

But at only 23 years old, White already looks somewhere close to the full package. Arteta will hope his thrilling development continues along the same trajectory at the Emirates.