In an exclusive interview with Sky Sports ahead of Everton’s trip to Aston Villa on Friday Night Football, Marco Silva discusses the significance of having a second season at the same club, what he made of the first one, and why this job is different to the ones that came before…

Marco Silva is into his second season at Everton and he is more aware than anyone that this does not happen often. He did not experience it at Watford or Hull. He did not stay this long at Sporting or Olympiakos. In fact, only in his first role with Estoril did he make it this far into the journey. Clearly, we are going to find out a lot more about Silva this season.

If what happened in Estoril is a clue, the signs are good. That second year brought European qualification for the first time in the club's history and the third year was even better - fourth in the table marking Estoril's best league finish. Everton's own upturn in fortunes offers hope his current club are heading on a similar trajectory.

"It is not just me, it is any coach," Silva tells Sky Sports. "If you can stay two, three, four or five years at one club - which is difficult - then everything starts to look different. In the first year, there are many things that you need to get across to your team. What is your goal? What is your idea? It takes time to communicate your methodology to the players."

Our previous conversation at the club's Finch Farm training ground followed the dramatic defeat at Newcastle in March where a two-goal half-time lead was surrendered to leave Everton back in the bottom half of the table. Time looked like a luxury then. Supporters were concerned but Silva was calm, insisting the positive signs were there.

He needed a big win and he had three of them, beating Chelsea next time out before going on to victories over Arsenal and Manchester United at Goodison Park. Everton had not won against a top-six team in two years prior to that sequence. It changed the mood. Ideas were taking shape, momentum was gained. Finally, there was something to build on.

For Silva, the significance was it flipped his first season on its head. Everton had started well under him and now they had finished well too. Suddenly, the blip was the strange period between December and February when Everton were in relegation form. It is maintaining consistency throughout the whole campaign that is the target now.

"Everyone was talking as if we had a really bad season until the last two months," says Silva. "Until December, we were sixth in the table so we were doing really well. The problem is that we had two really bad months and they had a really big impact on our season. But we showed that capacity to react and we were able to stick together and believe in one idea.

"I cannot forget how we performed in some moments until December but, of course, it was afterwards, in the last two months, that we really showed our quality. We created some connection with our fans. It was fantastic in that period. I can remember the last five or so games at home. The fans were one of the keys for us to change everything."

Silva is an enigmatic figure in many ways. One on one he makes for engaging company and it is easy to see why so many of his players, past and present, speak so warmly about him. But though he talks of this connection with fans, he is not as overtly passionate as some. His touchline mood is conveyed best by a raise of the eyebrows or a look to the heavens.

Perhaps it is the Portuguese temperament. The country usually ranks as the most unhappy in western Europe in the annual UN happiness report. There is even a word for this melancholy demeanour - saudade - that roughly translates as a longing for what's lost.

"But I am busy because we have to work." 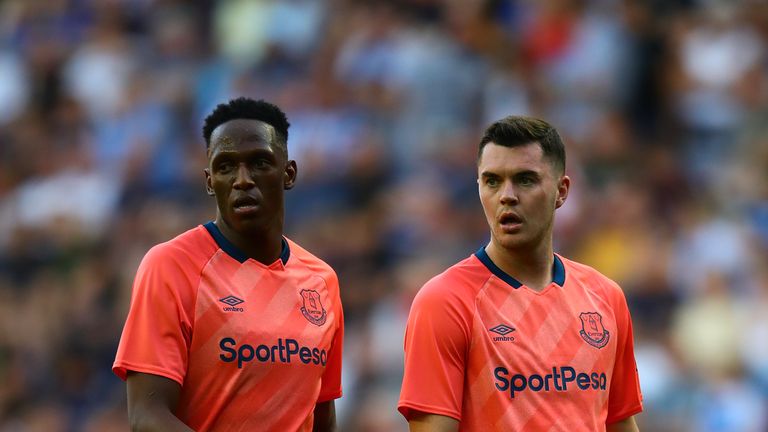 At Everton, he lives and breathes the job. There was some time with the family in Portugal this summer but he has been to Germany and Austria with his players since then.

Everton's recent Premier League media day extended late into the evening because Silva had also been at the Titanic Hotel in the city all day helping to launch the club's impressive new stadium plans. Long hours inside and outside the office are normal. His appetite and diligence even extends to drafting his own programme notes. Not all managers do.

But will it be enough for Everton to progress on the pitch?

It won't be easy. Silva could be forgiven some saudade regarding Idrissa Gueye, the midfield dynamo having departed for Paris Saint-Germain. He even stresses he "really believed" in Ademola Lookman despite the young winger seeing little action before being sold to RB Leipzig. "Sometimes I have to take decisions I don't want to take," he says.

But the arrival of Fabian Delph - "a very good professional" - will surely help and so should the loan signing of Djibril Sidibe. The younger acquisitions are the ones who will really excite though and supporters have already seen glimpses of what Jean-Philippe Gbamin and teenage striker Moise Kean can bring. At 23, Alex Iwobi has the potential to improve too. 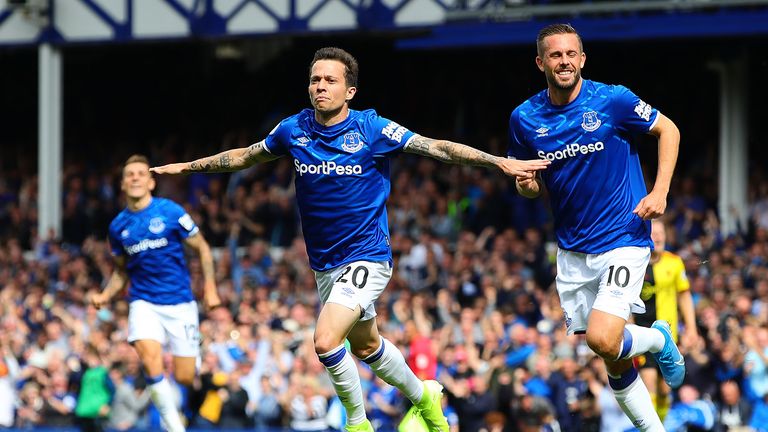 There is talent there and they join what was already a very young Everton group - the second youngest in the Premier League in terms of average age last season and the youngest Everton team this century. It makes sense to believe these players can get better.

"I knew last season that during some important moments we were the youngest team in the Premier League," says Silva. "At times, maybe we didn't react to the bad situations, but we are learning together every day and getting better every day. That's why we did what we did in the market. The young boys need good players around them to help them grow."

Two games in and Everton are unbeaten after a draw against Crystal Palace and a win over Watford. They are the only Premier League team yet to concede a goal and Gbamin is the only new signing yet to have started. Silva knew this was how it would have to be with so many late arrivals. They are going to need time "inside the model" before making an impact.

In time, however, Silva expects Everton to grow. "We need to win," he adds. "That is the obligation of Everton. But a season is about more than the first match or two. It is about 10 months. It was always my aim to keep our level. By that, I mean, keep our best six or seven players and then find players for three or four positions that I want to strengthen."

What happens next is likely to define Silva's time here one way or the other. The grand old team have grand plans. The stadium proposition underlines the potential - potential Silva is well aware of. Hull is Hull, Watford is Watford, but this is Everton and that's different.

"I tried to learn as much about Everton as I could before I came and I knew many things about the club," he says. "I had been at Goodison Park as an opponent and even then it was easy to feel the passion of the supporters. But it is another thing when you are working inside the club every day and you are feeling every day what everyone is feeling.

"We are talking about a huge fan base and that means you are a big club. There is huge expectation. It is a tough club to play for and work for because it is a Champions League club and the ambition is really big so you have to show big confidence every day to work here."

Silva has confidence and he has determination. For the first time in a while, he has time too. Whether it will be enough to deliver what he knows Everton deserve will be one of the intriguing subplots of the season.