Negotiations between Everton and Shanghai SIPG boss Vitor Pereira are expected to begin in the next 24 hours, Sky Sports News understands.

The club sacked Marco Silva on Thursday after Wednesday's 5-2 defeat to Liverpool in the Merseyside derby left them 18th in the Premier League.

Pereira is understood to be part of a four-man shortlist that Everton have drawn up to find Silva's replacement, with former boss David Moyes also included.

Napoli boss Carlo Ancelotti has also emerged as a candidate for the Goodison Park role. It is understood the Portuguese coach held talks with Chelsea in the summer, however they were put off by Pereira's contract in Shanghai, believed to be in the region of £30m a year.

In recent weeks, both Arsenal and Watford are also thought to have been in contact with Pereira over their vacant manager's positions.

It is understood he is willing to consider an offer from Everton.

The Portuguese has also managed in Turkey with Fenerbahce and in Greece with Olympiakos, as well as a stint with Porto.

He was also considered by the Toffees as Moyes' replacement before the club settled on Roberto Martinez in 2013.

The 51-year-old is currently one of the highest-paid coaches in the world and was recently offered the job of managing the Chinese national team.

Duncan Ferguson is set to take temporary charge of the first team ahead of Saturday's game against Chelsea, with Everton saying "the club aims to confirm a new permanent manager as swiftly as possible".

Ahead of his first media conference on Friday afternoon, Ferguson told Sky Sports News: "It's an honour for me to be taking the role. I'm proud to be asked and hopefully we can give the fans something to smile about again."

Ferguson will be assisted by John Ebbrell, Francis Jeffers and Alan Kelly until a permanent manager is announced. 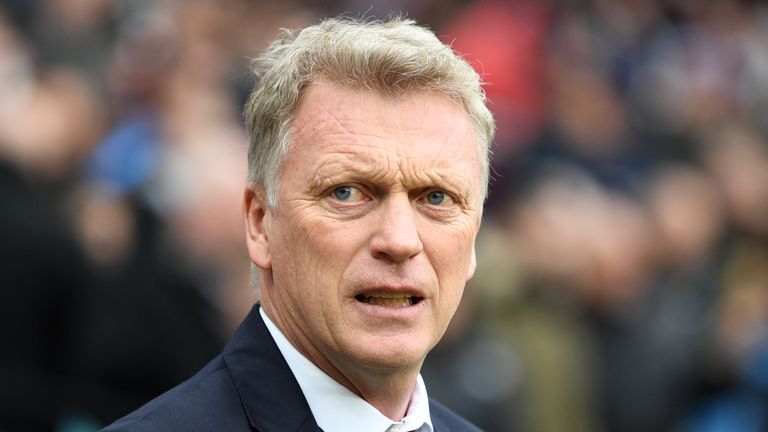 A number of candidates are being considered to take over, including former Toffees boss Moyes.

Everton face a daunting run of fixtures over the festive period - hosting Chelsea on Saturday and also facing Manchester United, Arsenal and Manchester City in their next six league games, before travelling to Anfield again to play Liverpool in the FA Cup third round.

Who is Vitor Pereira?

The 51-year-old has had a varied and well-travelled coaching career so far.

In 2010 he became assistant manager to Andre Villas-Boas at Porto, helping the club to win a treble of the Primeira Liga, Portuguese Cup and the Europa League as the team went unbeaten in their league campaign.

He replaced Villas-Boas when he left for Chelsea and led Porto to back-to-back Primeira Liga titles but struggled to make an impact in domestic or European cup competitions.

Pereira had a 10-month stint in the Saudi Professional League with Al-Ahli before a five-month spell at Olympiakos saw him win a league and cup double in Greece.

However, he decided to leave Olympiakos in June 2015 to join Fenerbahçe but was sacked by the Turkish club after 13 months.

He took over then-Bundesliga 2 outfit 1860 Munich, with the Bavarian side two points above the division's relegation zone, but he could not save them from the drop after a play-off defeat.

He was appointed by investor Hasan Ismaik for a lot of money but his time with 1860 Munich was to prove chaotic. Pereira brought a big backroom staff and a lot of specialists, but with very few German-speaking people on board.

Following 1860's relegation the club had to go down to the fourth tier as Ismaik was unwilling to pay the fees required to register in the third division, with Pereira leaving the club.

Pereira has enjoyed more success at current side Shanghai SIPG, however, after his appointment in December 2017. He guided the club to their first-ever Chinese Super League title in his first season in charge.

However, he could only manage a third-placed finish last season with the likes of Hulk, former Chelsea star Oscar and Marko Arnautovic among his squad.

"Everyone that thinks Everton's problems will go away because Marco Silva has been sacked, they're kidding themselves.

"There's a lot of work to do. It can never be about just the manager. The players, the board and the staff need to have a look at themselves and think about what they can do to be better. "From what we hear, owner Farhad Moshiri had that meeting with the players today and asked that very question - what can they do differently to help and to change things?

"This is a problem that I think runs deeper than Marco Silva. He's inherited problems from previous managers, previous recruitment issues. It's a time of change at Everton and that needs to be taken into account."