The 31-year-old's contract is due to expire at the end of the season and the Chinese Super League club have freed a space to sign a new foreign player after Jonathan Soriano joined Saudi Arabian side Al-Hilal.

Dembele has been keen on a move to China since the summer but no opportunities presented themselves other than a potential option to move to Inter Milan, who have Chinese owners. 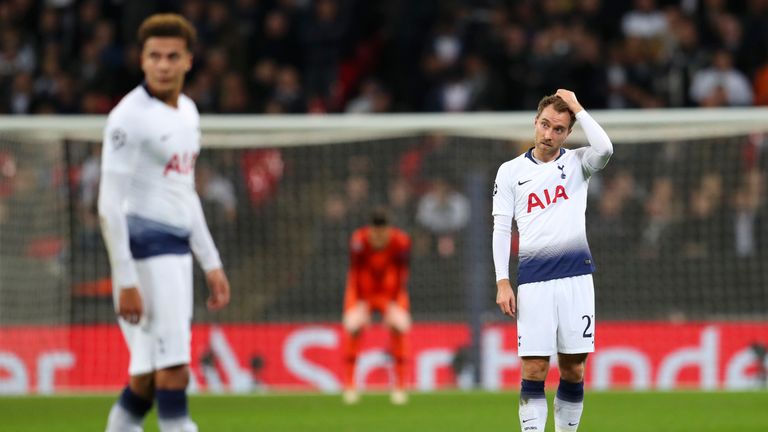 Mauricio Pochettino says it would be 'fantastic' if Christian Eriksen signed a new contract with Tottenham, but he is not concerned that the playmaker only has 18 months left on his current deal

Dembele has also struggled with injuries in recent seasons and is currently sidelined with a knock that has kept him out of action since November 3.

With Dembele turning 32 in July, Spurs have been scouting for replacements for more than a year.

Sky Sports News first reported this in December 2017 when Spurs were looking at the likes of Geoffrey Kondogbia and Matteo Guendouzi, who have since signed for Valencia and Arsenal respectively.