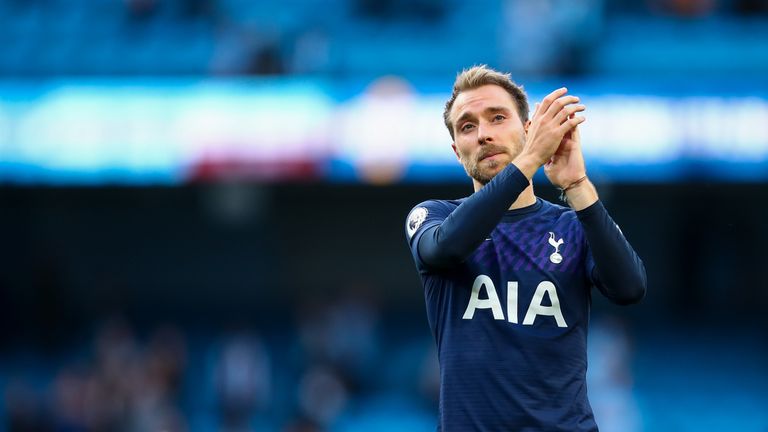 Christian Eriksen should either sign a new deal or leave Tottenham this summer, says Paul Robinson

Tottenham must try and sell Christian Eriksen now if he continues to stall over signing a new contract, according to former Spurs goalkeeper Paul Robinson.

Eriksen's current deal is due to expire at the end of the season and the Dane has been linked with a move away from the club after admitting earlier this summer he "would like to try something new".

Robinson suspects Eriksen has already decided not to sign a new deal and has urged Spurs to sell the playmaker if he does not commit his future to the club.

"I'd be surprised if they do keep hold of him due to the fact that he still hasn't signed his contract that he has been offered," Robinson told Wednesday's Football Centre on Sky Sports News.

"He's made noises that he is ready for a new challenge. He's been at the club now for six years now and the fact that he hasn't signed a new contract going into his final year - I think it does have an effect on the team.

"I think it does have an effect on the players around him and I think genuinely if he did want to stay and his heart was there he would have signed it by now.

"The chairman has obviously put a price tag on his head [and] they have to get value for money. If he's not going to sign a contract then they have to cash in." 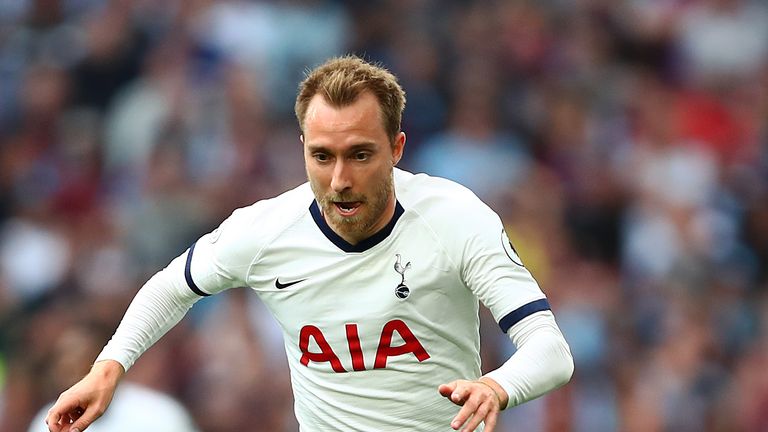 The Soccer Saturday panel debate whether Christian Eriksen has the qualities to be a success at Barcelona or Real Madrid, if he leaves Tottenham

Eriksen has failed to play 90 minutes in either of Tottenham's opening two matches this season and Robinson believes his contract uncertainty will hamper manager Mauricio Pochettino's efforts if it continues to drag on.

He added: "The problem you have got is that the player clearly wants a new challenge, and if the window closes and he's still at your club, you have then got to motivate that player until his new challenge arrives either at the end of the season, or in January, or whenever that may be.

"As a manager, you've then got a player who didn't want to be around, so you've got to motivate that player and get him back on board and buy into what you are doing for the next 12 months."