Gedson Fernandes has joined Tottenham on an 18-month loan from Benfica.

Lyon and AC Milan also made formal offers but Fernandes' preference was a move to the Premier League.

Tottenham have been keen to bolster their midfield following an injury to Moussa Sissoko, who has been sidelined for three months after undergoing surgery to the medial collateral ligament in his right knee. He is set to miss three months.

Fernandes, who has two caps for Portugal, has made 53 appearances in all competitions for Benfica, scoring three times. He will wear the No 30 shirt for Spurs.

Why Fernandes' rise stalled at Benfica 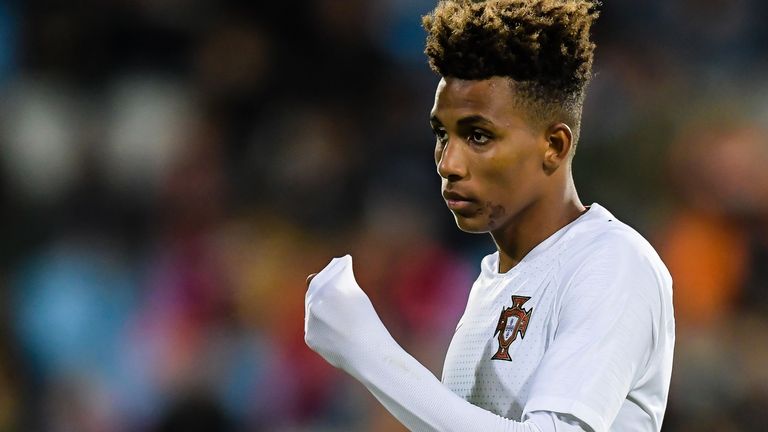 The Good Morning Transfers panel explain how Tottenham secured a loan deal for Gedson Fernandes from Benfica, beating off competition from West Ham and Chelsea

Filipe Dias, editor in chief of Portuguese newspaper O Jogo, joined the Transfer Talk podcast to explain why Benfica were ready to let one of their most promising young players leave the club this month.

"It is a mutual thing to part ways, at least for the time being. Gedson wants and needs playing time really badly," Dias said.

"His transition from the youth system to the main [Benfica] squad appeared to be smooth at first but that happened under the previous manager Rui Vitoria.

What Gedson Fernandes brings to Spurs

"With the current coach, Bruno Lage, Gedson was gradually dropped from the first team and became second choice.

"Benfica want a good deal for a player whose rise has stalled and Gedson needs to regain his confidence. That can only happen by playing. He needs a manager who believes in him so he can find his feet.

"We are talking about a player who has great passing ability, exquisite reading of the game, power, courage under pressure, but I think he is still a little bit immature when it comes to his decisions on the pitch.

"He also needs a manager who will be patient with him."