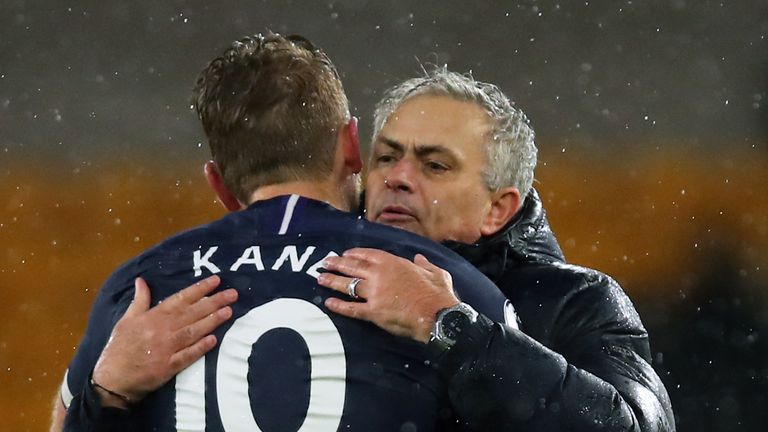 Lucas Moura believes Tottenham would struggle to replace Harry Kane if they were to sell the England captain when the current season eventually ends.

Speculation has increased that the striker could leave the club at the end of the campaign, after he refused to rule out a future move away from Tottenham during an Instagram live session with Sky Sports pundit Jamie Redknapp.

Kane, 26, is Spurs' third all-time leading scorer and has contributed at least 20 goals across all competitions for each of the five previous seasons.

"It's hard to speak about the future, about a negotiation because it's a personal decision. I'm sure that every season Tottenham receive offers for Harry Kane," said Moura, who joined Spurs in January 2018.

"It's not me who has to decide, but of course I want to play with him in the next season. I want to stay with him because he's very important for us and it's not easy to find a player like him.

"Everyone knows he's a big player. He's very important for us, he's our striker and scores almost every game. I'm sure that Mourinho wants to keep him. He counts on him for the rest of the season as well as for the next one."

'Jose wanted to make sure players were in shape'

Mourinho later accepted that he was wrong to hold the session, but Moura has defended his manager, insisting the Portuguese had positive intentions. "Mourinho of course cares about our fitness," Moura said. "He loves football, he loves training, so I think he wanted to see everyone and make sure everyone is taking care about our body shape.

"For sure, he's taking care about himself as well. I don't think it (the park session) was a big problem. He knows and he's a very professional guy.

"Mourinho goes to the training centre every day with his staff and all professionals who give us the training sessions. And we see everyone in the online application at 11am every day.

"It's a good time, it's a good moment for everyone, but the training session is normally hard. But it's good for us because we don't know when we will be back. But it's a good time and Mourinho watches the session and speak with us every day."

'Premier League return may not be safe'

The Premier League has been suspended since March 13 due to the coronavirus pandemic, with doubts growing over whether a resumption of the 2019-20 will be possible.

When elite football does resume, there is understood to be a high chance it will be behind closed doors to avoid large gatherings, but Moura remains concerned that even in that situation the virus could spread between players.

"I don't know, to be honest, if it is safe because maybe I have the virus without having symptoms. Then I can touch a team-mate or a rival spread it and we don't know," Moura said.

"I'm not sure what is best to do. If it's to play or not to play, play with fans or without, it's a hard situation to decide. I'm not sure it's safe to pay even without fans."

"I love to play football. As I told you, I miss my routine. I miss my team-mates, I miss the training ground, I miss playing games and seeing everyone at the stadium. I miss this feeling. But to be honest it's difficult to know when we will be back because the situation isn't under control.

"A lot of people have coronavirus now and we know it's easy to spread it. A lot of people are infected. We really hope to be back very soon, but life and health are the most important thing. But of course I miss playing football."