Harry Kane will lead the line for Tottenham against Manchester United

Kane has not featured for Tottenham since suffering a torn hamstring against Southampton on New Year's Day.

The England captain has used the suspension of the Premier League season to recover from surgery and is now available to face United on Friday, live on Sky Sports.

"He is working extremely well, I can tell you no problem he is going to start the game," Mourinho said.

"Is he in his top form? We don't know. It is not a little training session. He's had around six months without playing a football match.

"But he has worked extremely well, he is an amazing professional and is going to start tomorrow." 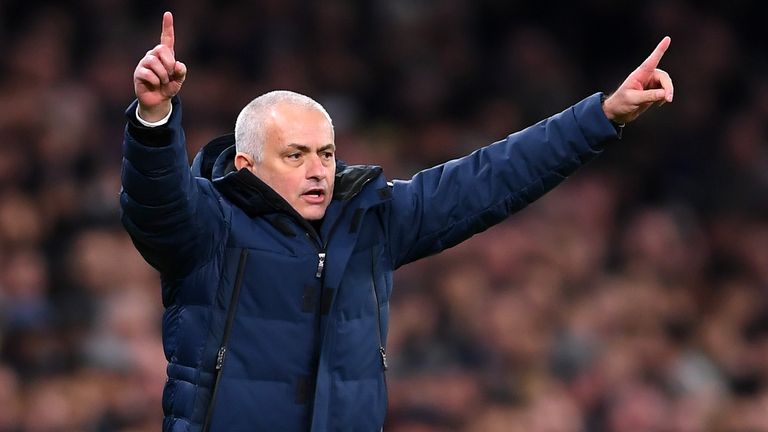 Tottenham boss Jose Mourinho says their match with Manchester United feels like the first game of the season again.

Mourinho also confirmed Moussa Sissoko and Heung-Min Son will return to the starting line-up against his former club after recovering from their respective knee and arm surgeries.

Tottenham are currently eighth in the Premier League, four points behind United in fifth place, which is set to be a Champions League slot if Manchester City's appeal against their European ban is unsuccessful.

Mourinho has not given up hope of securing a top-four spot this season but insists he is taking the return of football one game at a time.

"It is a strange battle to fight but at the same time it is a great challenge and a great motivation," he said.

"I will try not to look at that points difference. That is why I cannot tell you exactly the difference in points we have to our opponents.

"We have to look to this incredible challenge in the way that every game we will try to win.

"At the end of the nine matches, we will see what we did and what our opponents did. Normally in these fights, you don't have to depend as much as we do on our direct opponents. That is really difficult.

"But let's focus on one match at a time. Tomorrow it is Manchester United, the points are there to fight for and that is what we are going to do."

Spurs yet to agree contract extension with Vertonghen

Mourinho says Tottenham remain hopeful of extending Jan Vertonghen's contract until at least the end of the season.

The Belgian's contract is due to expire on June 30 and a number of clubs, including Napoli and Inter Milan, have been linked with the 31-year-old.

"We want him to be with us at least until the end of this season and hopefully Jan, his people and the club can agree to that.

"Speaking now until the end of his contract at the end of June, he is here to help."

Does Jose need to change his style? 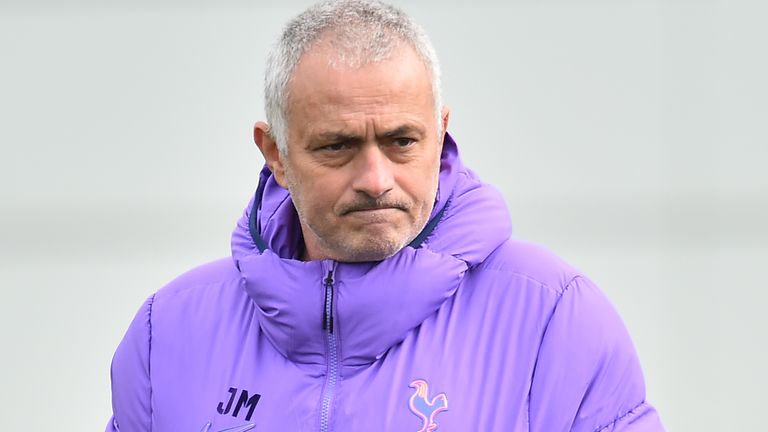 Speaking on the Football Show earlier this month, Paul Merson claimed that Tottenham are still "a million miles away" from competing with Liverpool and Manchester City for the Premier League title - a prospect that would require Mourinho to adapt his management style and personnel.

"He's got to show his hand a little bit more," Merson told Sky Sports. "At Chelsea, it was 1-0, 2-0 and even if it was 2-0 at half time against a lesser opponent, you always thought that was the end of the game. They weren't going to go on and win six or 7-0, they were going to shut up shop.

"He'd rather win 2-0 than 6-2 in an end-to-end game and really entertain the crowd. The game has moved on. I think the game moves on every single year, and you need to score goals. Teams make opportunities now, even the lesser teams in the league are having a go.

"It's a difficult, difficult balance to get right and I don't think Mourinho has the players at the moment. He had top drawer players at Chelsea, who would run through a brick wall for him.

"He's a million miles away from being a winner now. When you've got two special teams at the moment like Liverpool and Man City, it's very, very difficult.

"These two teams have made good teams look average and this is the problem. At the moment, you are looking at it and thinking, who is going to catch Manchester City and Liverpool next year? It would have to be some turnaround to catch these two."