Tottenham vs Rennes: Europa Conference League game will not be rescheduled and referred to UEFA panel

Europa Conference League match was called off on Thursday after eight players and five members of staff tested positive for Covid-19; Despite discussions regarding rescheduling the game, a suitable alternative date could not be found to re-arrange before UEFA's December 31 deadline.

Tottenham's game with Rennes will not be rescheduled and has been referred to a disciplinary panel, UEFA has confirmed.

The Europa Conference League match was called off on Thursday after eight players and five members of staff tested positive for Covid-19.

Despite discussions regarding rescheduling the game, a suitable alternative date could not be found to re-arrange the game before UEFA's deadline of December 31.

A UEFA statement read: "Unfortunately, despite all efforts, a solution that could work for both clubs could not be found.

"As a consequence, the match can no longer be played and the matter will, therefore, be referred to the UEFA Control, Ethics and Disciplinary Body for a decision to be taken in accordance with Annex J of the above-mentioned competition regulations."

Annex J of Europa Conference League regulations suggests that as Spurs were the club unable to fulfil the fixture, they will forfeit the game with Rennes awarded a 3-0 win.

That outcome would end Tottenham's hopes of Europa Conference League glory as they needed a win to remain in the competition and qualify in second behind Group G leaders Rennes.

However, the UEFA Control, Ethics and Disciplinary Body may take further disciplinary measures if the circumstances so justify.

The panel will determine if Spurs had 13 available outfield players and a goalkeeper and will also take into account how helpful both clubs have been in trying to rearrange the fixture.

Tottenham do not want to comment on the matter.

Last year Switzerland were given a 3-0 win by a UEFA panel after a Covid outbreak in the Ukraine team ahead of a Nations League game.

Ukraine took the outcome to the Court of Arbitration for Sport and they ruled in favour of UEFA & Switzerland.

In August 2020 Northern Irish champions Linfield automatically progressed to the next stage of Champions League qualifying when their opponents from Kosovo could not fulfil the fixture because of positive Covid cases.

Tottenham have also had to postpone Sunday's Premier League match with Brighton due to the outbreak with a rearranged date set to be announced in due course. 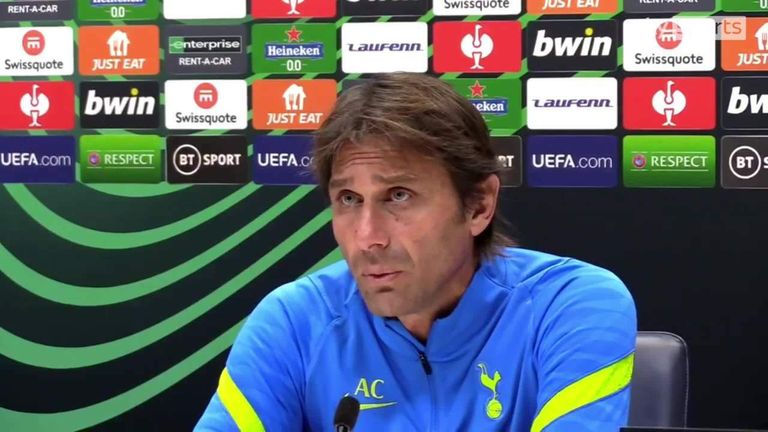 Tottenham head coach Antonio Conte has questioned why his players and staff are being made to continue preparing for their upcoming matches after confirming 13 positive Covid-19 cases amid an outbreak at the club.

Spurs, whose game at Burnley at the end of November was postponed due to the weather, currently have two games to shoehorn into their schedule.

Their next game is due to be at Leicester on December 16 and they then host Liverpool on December 19 ahead of a home Carabao Cup quarter-final against West Ham three days later.