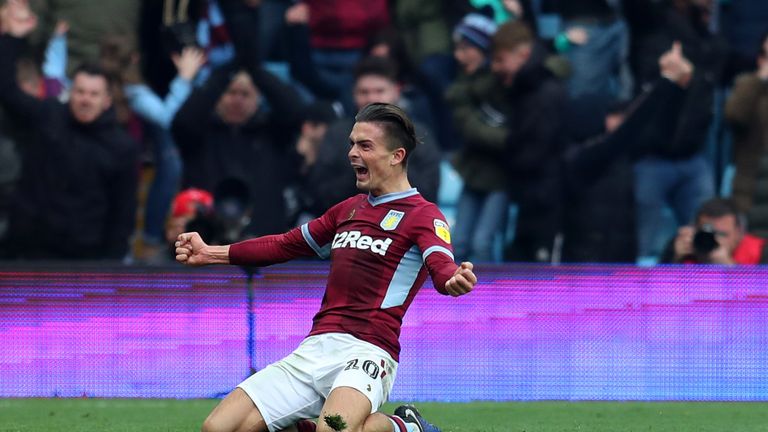 Jack Grealish is targeting a return to the Premier League with Aston Villa, with securing one of two automatic promotions spots the only thought on his mind.

Jack Grealish says automatic promotion is the only thing on the minds of Aston Villa players as the club look to continue their good form under Dean Smith.

Eighth-placed Villa make the short journey to the Hawthorns on Friday to take on third-placed West Brom for a second West Midlands derby in as many weeks, live on Sky Sports Football.

Grealish scored in his side's 4-2 win over city rivals Birmingham last month and Villa have picked up 13 points from their last five games, winning away at promotion rivals Derby and Middlesbrough in that time.

"Automatic promotion is the target," Grealish told Sky Sports. "You look at our team here and that's what we should be striving for.

"The players that we've got, even the guys that are coming off the bench and the people that are injured at the moment, we've got talent all around the squad.

"The only thing the staff and players are looking at is automatic promotion."

Grealish described his derby goal as the best moment of his career, saying it was something he had dreamed of as a child. 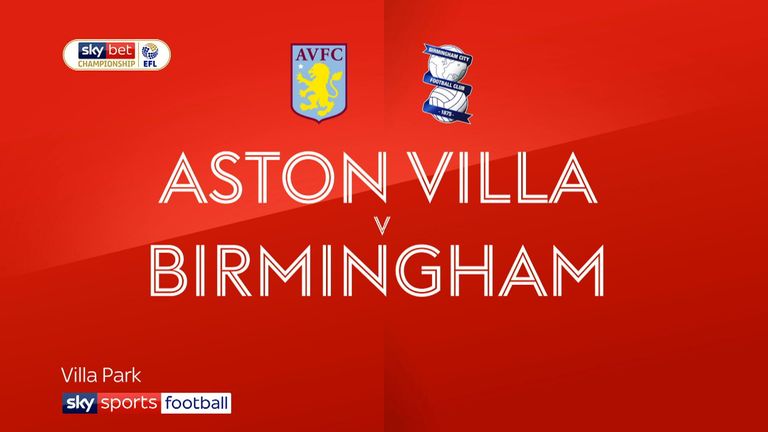 Highlights from the Second City derby as Aston Villa hosted rivals Birmingham at Villa Park in the Sky Bet Championship.

Another childhood dream was to play for Aston Villa in the Premier League, and even strong interest from other teams, including Tottenham, could not shake him of that desire.

"The speculation was difficult to deal with because every young player wants to play at the top, especially when it's a team in the Champions League," he said.

"But when it didn't happen, it didn't bother me at all, because my dream as a kid was to play for Aston Villa and I would never ever take that for granted, so I got my head down and now hopefully I can get this club back to where it belongs."

Villa can move to just a point behind West Brom should they win for a fifth time in six games and there is no question that the mood around Villa Park is positive.

A relaxed Grealish described himself as '"happy" when discussing his state of mind.

He said: "I'm playing for my boyhood club, I've got a great manager who believes in me.

"If you look at our recent performances, we're a team on the up and hopefully we can get back to the dreamland, which is obviously the Premier League."