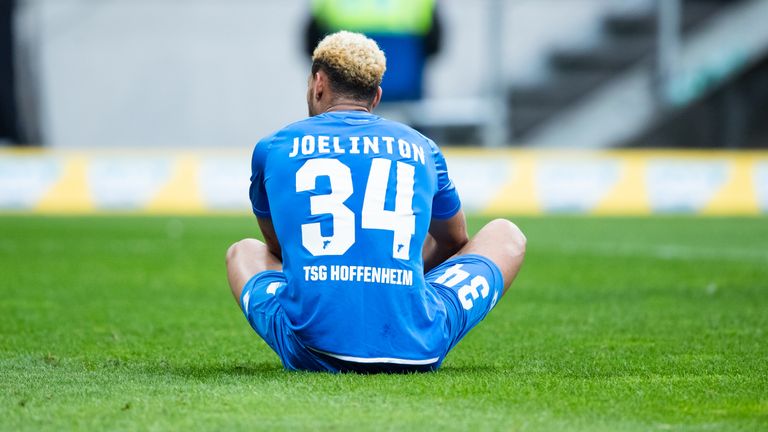 Joelinton - pronounced jo-el-in-ton, says Vickery - has followed Firmino's path from Brazil to the Premier League via German club Hoffenheim - signing for Newcastle in a £40m deal.

That fee surpasses the £29m they received from Liverpool for Firmino in 2015, but Newcastle fans can hope for a similar return on their club's investment - according to Vickery.

"Joelinton looks like he could be the complete package as a central striker," he told Sky Sports News. "He's been flying under the radar.

"It's a step up for him in terms of expectation and pressure. But I think Newcastle have a hugely promising player.

He could repeat the trajectory of Firmino

"There's a chance he could repeat the trajectory of Firmino - who was a relative unknown in Brazil and crashed his way into the national team.

"The No 9 position has been a problem for Brazil for some time. Joelinton could fill that role."

Joelinton has not managed to score more than eight goals a season in Europe, but Vickery believes there is more to his game than finishing.

"It is a concern but you could probably say the same about [Salomon] Rondon - he always looked capable of scoring more goals," Vickery added.

"There's plenty of development to come from Joelinton. He's capable of scoring different goals - right foot, left foot, in the air, from outside and inside the box.

"There's plenty there for Newcastle to develop. He's far more than a goal-hanger.

"You can imagine the pace of the Paraguayan, Miguel Almiron, with the power of Joelinton - they could cause problems for Premier League teams."

One South American who will not be causing English defences problems in the near future is Thiago Almada.

Manchester City are in talks with Velez Sarsfield over a deal for the 18-year-old midfielder, the latest player to be dubbed the 'new Messi'.

"He's not ready yet," said Vickery. He played for Argentina at U17 and U20 levels, but if we're going to make the comparisons with Messi, I first saw Messi at U20 level when he was a 17-year-old and you could tell then even though he was physically smaller that he really was something special.

"Thiago Almada is nowhere near that yet. He didn't do particularly well for Argentina at U20 level and wasn't selected for the World Cup.

"He's one for the future and if City were to buy him now he's almost certain to be loaned out. It will be some time before he's in the blue of Manchester City."