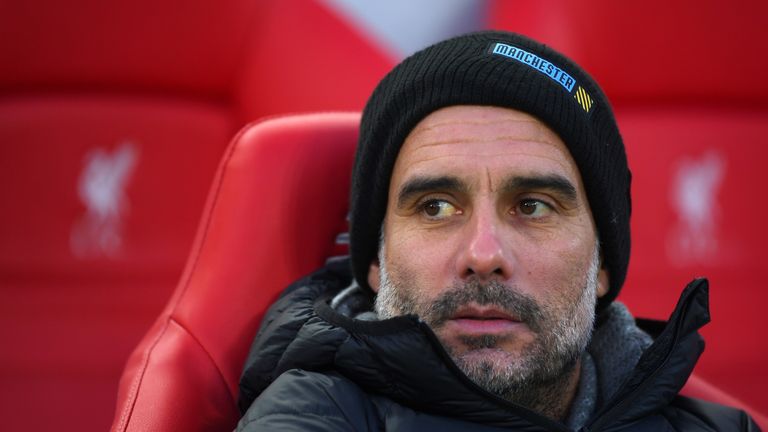 Manchester City goalkeeper Ederson is fit and available to play in Saturday's home match against Chelsea, live on Sky Sports.

Ederson, the Brazil international, has been out since being injured against Italian side Atalanta in the Champions League earlier this month.

City were without Ederson for their 3-1 defeat to Liverpool at Anfield with Claudio Bravo deputising in his absence.

"Ederson is back. He trained in the last few days without pain," said Guardiola.

Asked about the timeline on the return of his players struggling with long-term injuries, he added: "Aymeric Laporte and [Leroy] Sane are still injured for two or three months."

Champions City trail Chelsea by one point in the table ahead of Saturday's game, with Frank Lampard's side currently on a six-game winning streak in the Premier League. 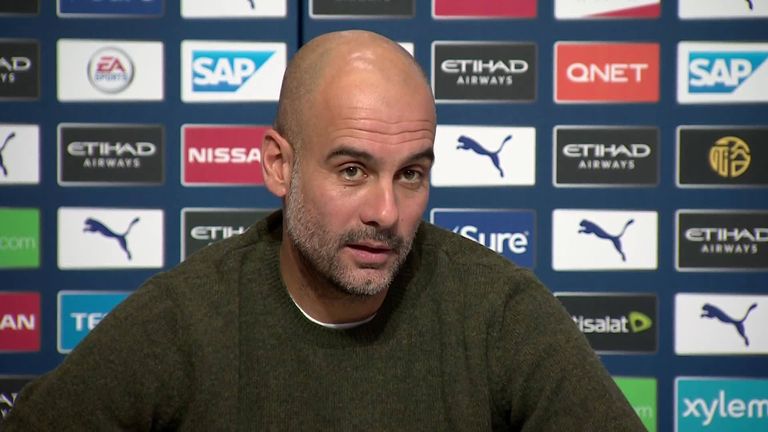 Guardiola says Lampard being at Chelsea is perfect for English football

Lampard - Chelsea's record goalscorer - arrived at Stamford Bridge with limited managerial experience, having spent one season in charge of Derby County in the Championship.

Guardiola spent the majority of his playing career at Barcelona and went on to start his coaching career with the club's B team in Spain's fourth tier.

Barcelona took a chance on him in 2009 after he impressed with the B team. Guardiola led Barcelona to the treble - something that had never been done by a Spanish club before - in his first season.

Asked about comparisons between himself and Lampard, Guardiola said: "In those terms it is quite similar.

"You could say a little bit, but it is too early. He has been a manager for a year-and-a-half and I am a little longer because I am a little older but he has his future in his hands.

"From my experience, experience doesn't count much. I would say that when you know the club it is a good advantage and Lampard knows Chelsea perfectly and everything behind the scenes - media, fans, players - so that is good.

"When I arrived not many people trusted me, honestly. Few, few people. Maybe the president, sporting director and not many. Maybe Frank was similar at Derby. He didn't take results and people said he didn't have experience.

"At the start when nobody trusts you it is perfect because you win every game - you cannot lose more. The problem is when you have won titles and nothing is enough.

"In case for Frank, it is perfect, an ideal situation. At the big clubs you have incredible players so it is easier to do a good job in Chelsea or Barcelona than another club. If you work a lot and have patience, the results and success can come."