A 52,698-strong crowd watched Man City's goalless draw at Etihad Stadium with Southampton; an attendance of 38,062 watched City's 6-3 win over RB Leipzig on Wednesday with Pep Guardiola calling for more to turn up on Saturday which upset some supporters

FREE TO WATCH: Highlights from Manchester City's draw against Southampton in the Premier League.

Pep Guardiola admitted he felt "a bit guilty" after Manchester City failed to deliver a winning performance for their fans against Southampton on Saturday.

The champions were held to a frustrating goalless draw in front of a near-capacity and vociferous crowd, as Guardiola had called for, at the Etihad Stadium.

Guardiola issued a rallying cry to supporters in midweek, stating his side would be tired after their Champions League game against RB Leipzig and would need their energy.

He said: "Always when the game is not good I feel bad for them. They come to see a show, to see a game and when it doesn't happen I feel a bit guilty because we didn't play good." 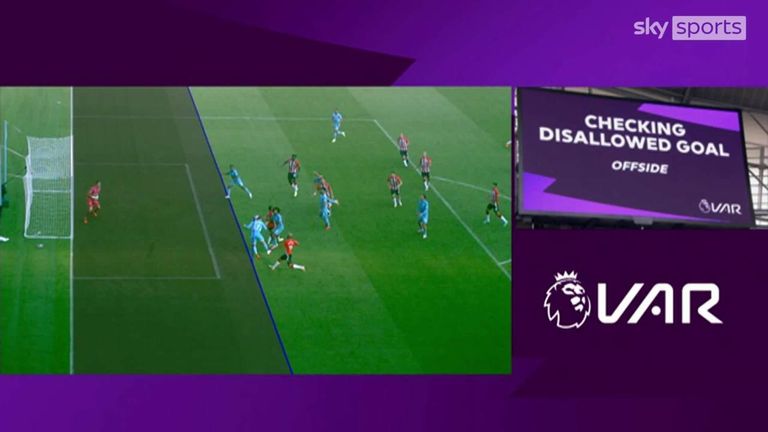 VAR ruled out what looked like a late winner for Manchester City in their 0-0 draw with Southampton in the Premier League.

Guardiola's comments about supporters on Wednesday sparked a heated debate about attendances at the Etihad Stadium and upset some fans who felt their loyalty was being questioned.

The Spaniard insisted on Friday that had never been his intention and he reiterated that stance after the Southampton game. 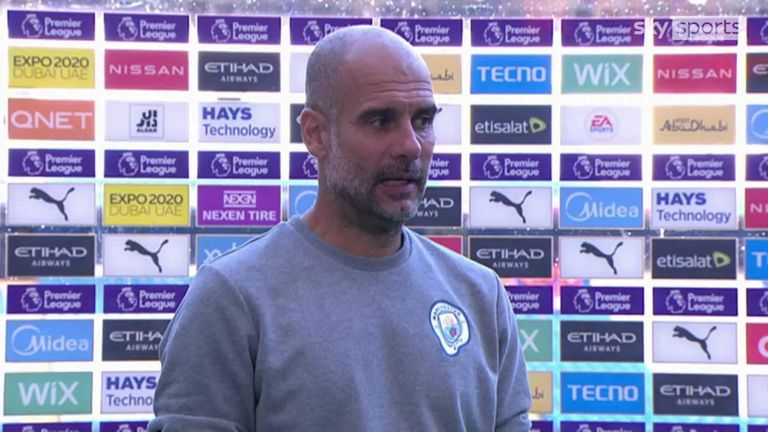 "I never complained about how many come or don't come. I have never thought this in my life. I don't know why people are asking me this question. I am grateful even if 85 or 100 people come."

In terms of the game itself, City were perhaps as tired as Guardiola suggested they would be.

They did not muster a shot on target until the 90th minute and escaped a big scare when referee Jonathan Moss overturned decisions to award Southampton a penalty and send off Kyle Walker after a VAR review.

Guardiola claimed he did not see the Walker incident but admitted his side, who did have a last-gasp Raheem Sterling winner ruled out for offside by VAR, were not on song.

He said: "We were not good in our build-up. We lost simple balls in our process because we were not clever and a little bit sloppy. That is why I have to compliment Southampton. We move forward."

What's next for City?

Manchester City welcome Wycombe to the Etihad in the third round of the Carabao Cup on Tuesday, and then travel to Chelsea in the Premier League for a lunchtime kick-off next Saturday.