Sheffield United have signed goalkeeper Aaron Ramsdale from Bournemouth for a fee of £18.5m.

Ramsdale, 22, has signed a four-year contract as he returns to Bramall Lane three-and-a-half-years after leaving the Blades to join Bournemouth. 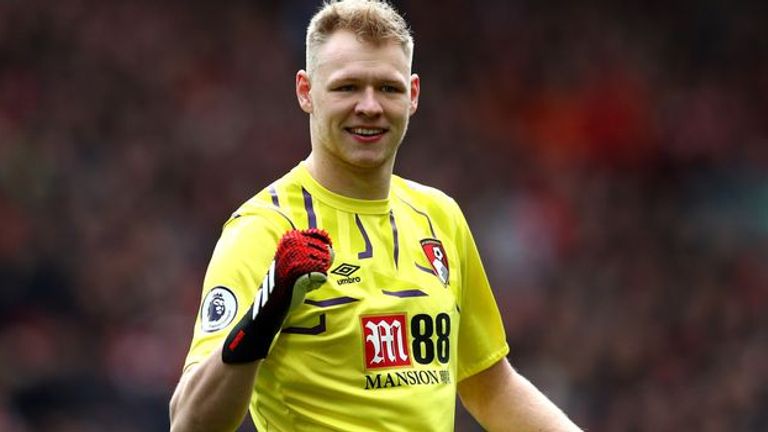 Ramsdale will replace Dean Henderson as the Blades' first-choice 'keeper, with the latter set to sign a long-term contract extension with Manchester United having spent the previous two seasons on loan at Bramall Lane.

"I'm very fortunate to be able to come back to a place I call home and I'm just excited to get going, see the lads I left behind and meet the new ones now in the team," Ramsdale told the club's website.

"I'm delighted, it wasn't an easy decision to leave Bournemouth, but when a club comes in for you, shows that faith it has and is willing to pay this sort of money then obviously I've got to do a lot to repay it, but my smile has been ear-to-ear since I walked back through the door."

Bournemouth are understood to have been reluctant to allow Ramsdale to leave, and had considered him a key part of their plans to seal an immediate return to the Premier League following their relegation from the top flight.

The signing is a statement of intent for the Blades, who exceeded expectations to finish ninth in the Premier League last season.

"The goalkeeping situation is something we have to make sure we get right," Sheffield United boss Chris Wilder said.

"This is not about Dean (Henderson), it's about bringing Aaron in, but Dean was outstanding for us for two years. We know a lot about Aaron, we've watched him develop on loan at Chesterfield and then AFC Wimbledon and obviously we've watched him this season too.

"I'd like to thank the board for their backing given the situation. Aaron is certainly amongst the best young goalkeepers in this country and we are delighted to have him."