The third-round match will be played at the home of Sky Bet League Two side MK Dons because the Tottenham Hotspur Stadium is still under construction and the club's temporary home, Wembley, is unavailable due to Anthony Joshua's fight with Alexander Povetkin on Saturday night.

Watford have reached the last four of the Carabao Cup on two occasions, most recently in the 2004/05 season, and current boss Gracia sees the competition as of equal importance to the Premier League and FA Cup.

"For me, the final is tomorrow," he said. "If you don't win, you don't have more chances.

"This is the best mentality. We will see for the future, but this next game we will play as a final. 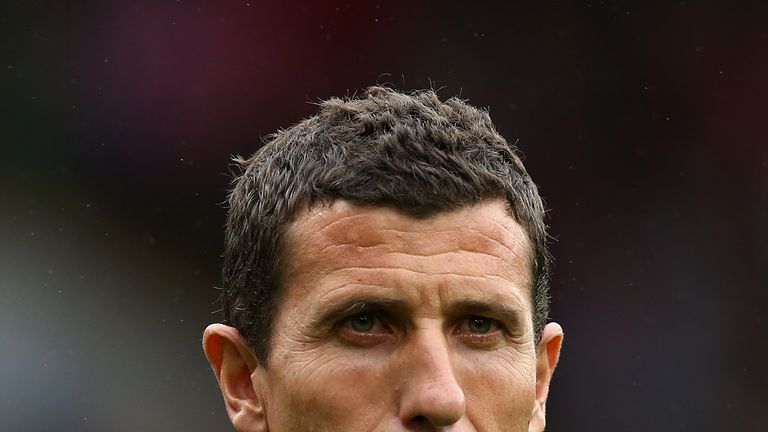 This is the best mentality. We will see for the future, but this next game we will play as a final.

"For me, all the games are important. The Carabao Cup is a good competition.

"I don't give more importance if we are playing in the Premier League, Carabao Cup or FA Cup. It's the same for the players as well."

Despite his respect for the competition, Gracia hinted he may make changes for the knockout tie, as he did in Watford's second-round 2-0 win over Reading.

The Hornets made 11 changes in that game from the side that had beaten Crystal Palace the Sunday before, with Domingos Quina and Isaac Success getting on the scoresheet.

"It's a good chance for the team," Gracia said. "In the last Carabao Cup game we changed many players and maybe tomorrow we do the same, but we try to choose the best option for us."

Watford have made a blistering start in the Premier League - registering four wins, one draw and one defeat from six games - including a 2-1 victory over Spurs which sees them sit fourth in the table.

Gracia, though, is expecting a "very different" game against Mauricio Pochettino's side on Wednesday night.

"I'm sure this game will be very different than the other," he said. "I'm sure of that, but we are confident we are going to compete again as we did in the Premier League.

"We know it's a very good club, a very good team. It will be a tough game but we know if we keep the same levels as the last game we can compete with any team.

"Tottenham are a very good team, Pochettinho is one of the best coaches. They will play well against us and it will be a very demanding game for us."

On the subject of playing at Stadium MK, Gracia rejected the notion Watford could make the game feel like a home tie but did emphasise the importance of having a strong away following.

"A home game is when we play at Vicarage Road," he added. "In this case we play away, and wherever we play we have support, but in this case it is away.

"That decision doesn't depend on me. We play where they [EFL] decide.

"We are happy to play there and for me it's important to know wherever we are going to play we have the support of our fans and it's a good stadium. We are going to do our best."