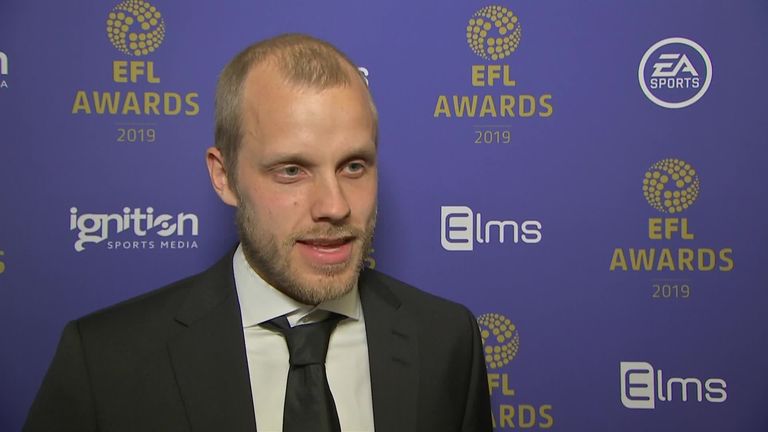 The Sky Bet Championship Player of the Season Teemu Pukki says his Norwich team-mates have made it easy for him to score.

Norwich City's Teemu Pukki has been named the Sky Bet Championship Player of the Season at the EFL Awards.

The Finnish striker has scored 26 goals and registered a further nine assists for Norwich in 37 Championship matches so far this season, helping the Canaries open up a seven-point gap at the top of the table.

His Norwich team-mate, Max Aarons, 19, scooped the EA Sports Young Player of the Season award at the ceremony in London on Sunday night, edging out Derby's Harry Wilson and Luton Town's James Justin.

Both Pukki and Aarons also made the overall EFL Team of the Season.

The Sky Bet League Two Player of the Season award was handed to Tranmere Rovers' James Norwood. He beat Bury duo Danny Mayor and Jay O'Shea to the award.

Joe Thompson was presented with the prestigious Sir Tom Finney Award. The 29-year-old former Rochdale midfielder announced his retirement this year after twice recovering from cancer during his professional career. 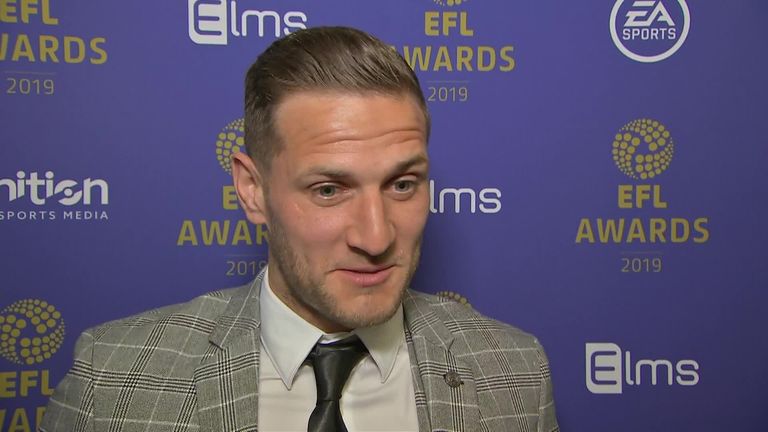 Former Football League referee David Allison, who will retire from his role as PGMOL National Group Director this year, was the recipient of the Contribution to League Football Award for more than 40 years of highly distinguished service to the professional game.

Sheffield United's Sharp may have missed out on the player of the season award, but the striker did take home the Screwfix Moment of the Season award for his goal against Wigan on New Year's Day which made him the leading goalscorer in English league football this century.

The 32-year-old took his tally to 220 since making his debut in 2004, overtaking former England striker Rickie Lambert.

Derby County's Max Bird was named LFE Apprentice of the Year and Rotherham United's Will Vaulks took the PFA Player in the Community award.

Rogers Groves and Mike Davis shared the YouGov Sport Supporter of the Year award for their dedication to Shrewsbury Town.

The 2018 Hawk-Eye Goal of the Year, voted by the EFL Awards audience on the night, went to Wolves' Ruben Neves for his memorable long-range volley against Derby last season.