Birmingham: "The 22 shirt has become synonymous with Jude, his rise to the first team aged just 16 years and 38 days and these qualities. And as such the club have decided it would be fitting to retire this number, to remember one of our own and to inspire others" 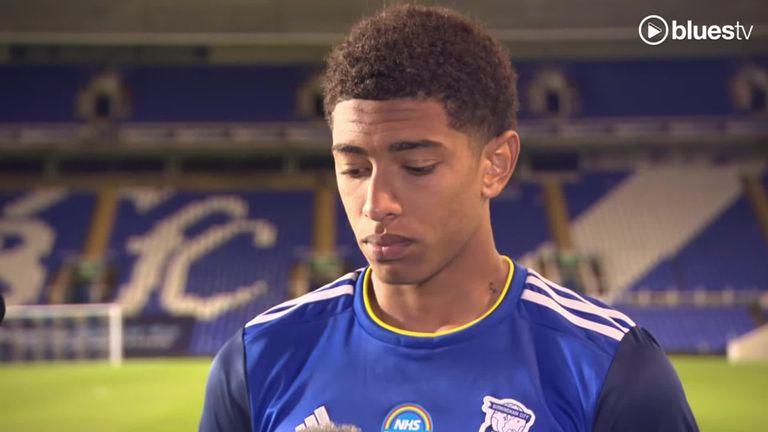 Jude Bellingham has spoken of his devastation at not being able to end his time at Birmingham City with a win. The 17-year-old is joining Borussia Dortmund

Bellingham's final appearance for his boyhood club ended in a 3-1 defeat to Derby, and came just days after he finalised a move to Borussia Dortmund in a deal which sees him become the most expensive 17-year-old in football history.

It has been a rapid rise for the midfielder, who in August 2019 became Birmingham's youngest-ever player, aged 16 years and 38 days, and has always had the number 22 on the back of his shirt.

The club says it is "fitting" to retire the number in recognition of Bellingham's qualities, in the hope the gesture can inspire the next generation of talent at St Andrew's.

"In such a remarkably short space of time Jude has become an iconic figure at Blues, showing what can be achieved through talent, hard work and dedication," Birmingham City said.

"His caring, humble and engaging off-the-field demeanour has also made him such an impressive role model.

"The 22 shirt has become synonymous with Jude, his rise to the first team aged just 16 years and 38 days and these qualities.

"And as such the club have decided it would be fitting to retire this number, to remember one of our own and to inspire others."

A shirt number being retired in football is a relatively rare occurrence.

West Ham retired Bobby Moore's number six shirt, while AC Milan also retired the same number which had been worn by club great Franco Baresi. Fellow Serie A side Napoli retired the number 10, which had belonged to Diego Maradona. 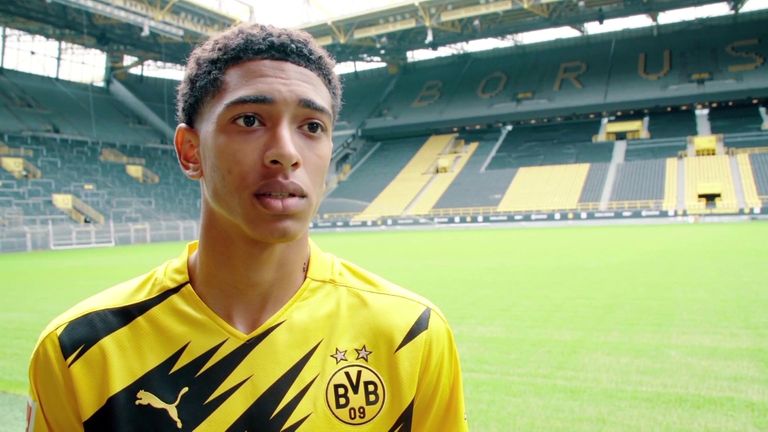 Bellingham explains why he chose Borussia Dortmund ahead of Manchester United

How much are Dortmund paying for Bellingham?

The agreed fee is thought to be a guaranteed £25m up front. One of the key factors in the negotiations was that Birmingham wanted more cash up front. The deal comes with an extra £1m of almost guaranteed money, and "several millions more" depending on appearances, achievements and milestones.

Bellingham is still only on a schoolboy contract with the Championship club and could in theory sign a professional contract with any other club, and the fee be decided by tribunal. However, Birmingham had a professional contract ready for the 17-year-old to sign, and an agreement with Bellingham and his family - with whom they have a good relationship with - that they would sign, hence why a transfer fee is required to attain his services.

How did Dortmund beat off the competition?

A lot of people will be asking why the Birmingham youngster has turned down Manchester United, Real Madrid, Bayern Munich and Chelsea to follow in the footsteps of Jadon Sancho and sign for the Bundesliga club.

Unlike their competitors, Dortmund offer that most precious of commodities - guaranteed game time. 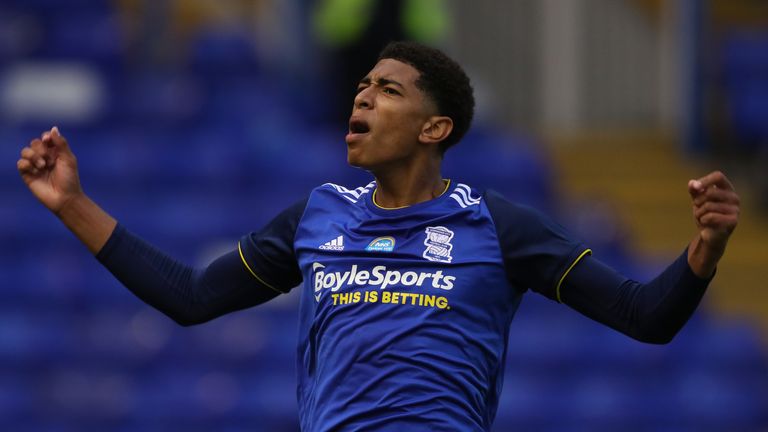 They do not offer 10-12 league games a season and a place on the bench in the Champions League. They offer 30 league games and a starting XI shirt in Europe. In terms of time on the pitch, the likes of Barcelona and Real Madrid simply cannot compete.

They are not recruiting academy prospects to Westphalia, they are recruited as first-team players. Dortmund, however, do employ one other unique selling point in their unprecedented recruitment drives. For most clubs, the weekly meeting over transfer targets will list their first, second, third, fourth and possibly fifth choice targets to fill a vacant position.

Dortmund are different. Having identified their talent, they focus their time and energy purely on him. They do not have second or third choices. And they make sure their No 1 target feels like a cherished part of the Dortmund family, even before they sign. That's the treatment Bellingham has been given.