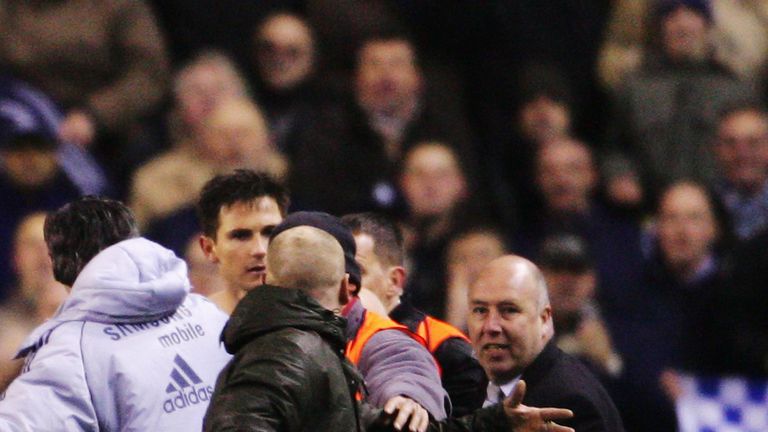 Frank Lampard, who was attacked by a Tottenham supporter in 2007, says football is too "lenient" on fans who assault players.

On Sunday, Aston Villa midfielder Jack Grealish was punched from behind by a Birmingham fan in the Second City derby. The pitch invader has subsequently been jailed for 14 weeks.

Derby manager Lampard says he was "fortunate" not to have been harmed when a Spurs supporter aimed a punch at him following Chelsea's 2-1 victory at White Hart Lane 12 years ago.

Tottenham escaped FA punishment for the incident, while the fan was banned from the stadium for life.

"It's an unfortunate part of being in the public eye or playing a sport in public, it shouldn't be," said Lampard, whose Derby side face Stoke in the Championship on Wednesday, live on Sky Sports Football red button.

"I hope players are not playing with a fear of this happening again. We're all aware of it and have been for many years.

"I didn't like the experience. You have to deal with it. The stamping out thing is how you deal with it and how strong you are. I think we're very lenient sometimes." 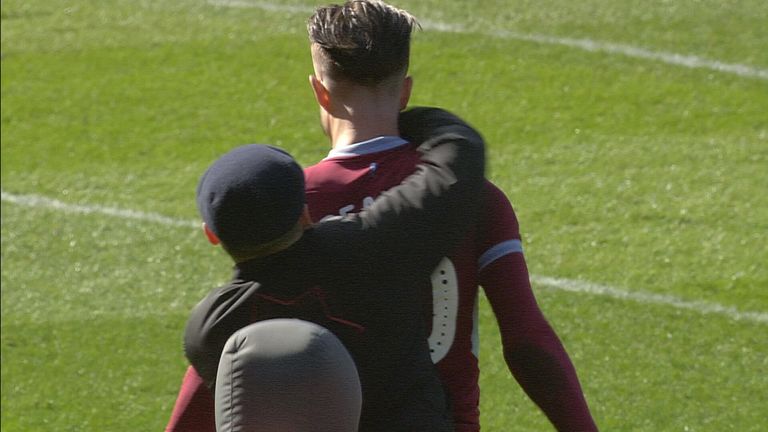 Villa captain Grealish said his attack could have been "so much worse had the supporter had some sort of weapon".

"Maybe this could be a shock to the system to stop that more dangerous thing happening in the future," he added.