Wayne Rooney: Derby job in my ambitions but coaches are working together for now 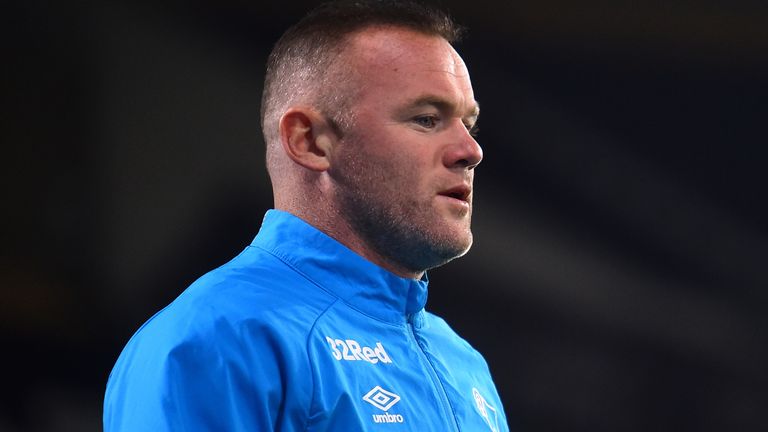 Wayne Rooney has reiterated his desire to move into management as he prepares to take caretaker charge of Derby as part of a four-man interim coaching team.

Wayne Rooney has confirmed his desire to take the Derby manager’s job full-time but says his focus, for now, is on working alongside his interim coaching partners.

Cocu took over from Frank Lampard in the summer of 2019 and guided the club to a 10th place finish in his first season, but was sacked with Derby bottom of the Championship after just one win in 11 matches.

Rooney has made no secret of his desire to go into management and that is what attracted him to the player-coach role at Derby, which he has been doing since December last year.

"I'm ambitious, of course I want to go into management," Rooney said. "I wouldn't be an ambitious person if I sat here and said I didn't want the job.

"It's been a strange week. We have to say a big thank you to Phillip, I've learned a lot in my first coaching role here.

"But, I think the change was needed. We've not had a great run of form and it's an opportunity for myself, Liam, Justin and Shay to bring some new ideas and almost a new identity to the team."

Rooney may face competition for the role from Rosenior, who said he might be interested, but Sky Sports News does not expect the new full-time position to be appointed until the takeover by Abu Dhabi royal family member Sheikh Khaled bin Zayed Al Nehayan is completed.

However, the impending deal should be finalised by the end of the month and has been approved by the English Football League.

"It's one thing wanting the job, it's another thing if you're the right person for it and that depends on how the owners see the club moving forward," Rosenior said.

"Wayne has unbelievable qualities. I've got no doubts in my mind that Wayne is going to be an exceptional manager.

"I'd like to think that I could be an outstanding manager as well. Everyone with ambitions wants to get as high as they can in their career."

On sharing the coaching duties, Rosenior said: "We're working as a foursome. I always think in coaching you can collaborate. We all went through how we want to game to be played and how to coach a team and were all so aligned in our thinking.

"It's made things really easy to put that plan into process on the training ground and the players' response to us has been nothing short of magnificent.

"We don't have a 'head' at the moment and that's absolutely fine. We're working as a team and asking the players to do the same."

Rooney has played under some of the most successful managers in world football and says he plans to use some of what he has learned from them to his style as a coach.

"I've worked with some very good managers and possibly with the greatest manager of all time," Rooney said.

"I can't say I'm going to do it the way Alex Ferguson, Louis van Gaal or Jose Mourinho did it because you have to work to the players you've got.

"There's things you can take from different managers and things I've learned throughout the years, I'll be doing that."

Asked if the Derby vacancy could signal the end of his playing career, Rooney joked: "While I'm in this position I might give myself a new three-year deal."

He added: "I know I'm not in the finest moment of my career. We'll have to wait and see what happens, but for now I've got my toes in both dressing rooms."